As a Deaf filmmaker, I wish ‘CODA’ had done more to represent Deaf stories on our terms 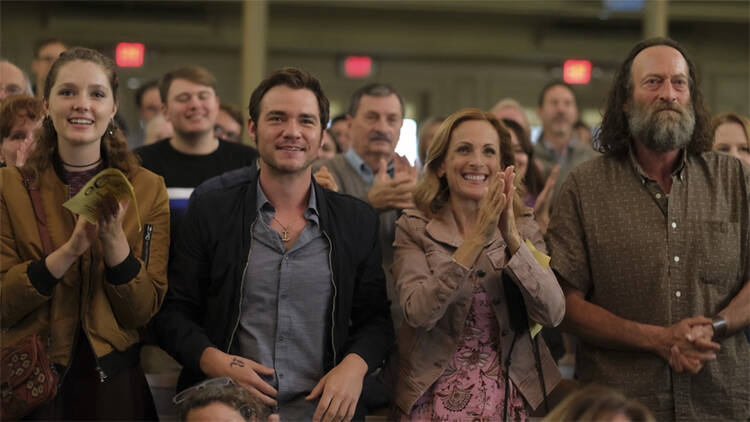 In March 1987, Marlee Matlin won the Academy Award for Best Actress in “Children of a Lesser God,” a groundbreaking, seminal film about d/Deafness that was a benchmark for authentic casting. (Within the Deaf community, lower-case deafness refers to the medical condition, while Deafness describes our cultural identity; the film is about both.) But despite that resounding victory, it took 35 years for another Deaf actor to be invited to the Oscar table. Just last year, the hearing actors Paul Raci and Riz Ahmed were nominated in the supporting and leading categories respectively for their roles as recovering addicts who become deaf later in life in “Sound of Metal.” Both lost, but the film itself did pick up two Oscars: Best Editing and, in a bit of an ironic twist, Best Sound.

Almost as if to make up for that indirect representation, the veteran Deaf actor Troy Kotsur is nominated this year in the supporting category for his role in Apple TV+’s film “CODA,” which follows the story of Ruby Rossi (Emilia Jones), the only hearing member of a Deaf family that makes their living from deep-sea fishing off the coast of Massachusetts. Kotsur plays Ruby’s father, and based on the fact that he has swept essentially every other award this season, he is probably the surest bet going into Oscar night. (Full disclosure: Kotsur is a friend of mine and has been since he played my character’s father in Deaf West’s 2004-5 international tour of the Broadway musical “Big River.”)

As a Deaf person, I am exhausted at yet another mainstream story that pretends to be about my identity filtered through the eyes of the hearing other.

As he so memorably recounted during his acceptance speech at the SAG Awards last month, the 53-year-old Kotsur has paid his dues for decades, sleeping in his car and couch surfing in friends’ apartments while struggling to support his family as an actor in film, television and on Broadway. This is in stark opposition to Matlin, who won in her film debut at the tender age of 21. She remains the youngest person to ever receive the Oscar for Best Actress. In a neat full-circle moment, Matlin plays Kotsur’s wife in “CODA.” Despite all the buzz and predictions, Matlin did not herself receive a second nomination for acting. In fact, the film’s only three nods are for Kotsur, Best Adapted Screenplay and Best Film, a comparatively small number that, based on historical precedent, severely handicaps (pardon the pun) its chances at the top prize. Still, as “Rocky,” a previous winner of Best Film, so memorably proved: Never count out the underdog.

Written and directed by the hearing filmmaker Sian Heder and adapted from the 2014 French film “La Famille Bélier,” the film made history at Sundance last year when Apple TV+ purchased it for a record-setting $25 million. And even though the film coasts on the fact that it is a Deaf story, it is told primarily through the lens of the sole hearing member of the family, right down to the title of the film. (In the Deaf community, hearing children with Deaf parents are referred to as CODAs, an acronym for child of Deaf adults.) While that angle was likely Heder’s way of making the film accessible both to herself and to mainstream audiences, it comes at the cost of a clear-sighted, firsthand look at what it is like to live in present-day America as a Deaf person, something that would truly be groundbreaking as a film instead of simply maudlin and heart-tugging, as disability stories like this one tend to be.

We in the Deaf community are perpetually combating stereotypes and misrepresentations. Despite what people may think, we have a very strong and distinct voice.

As a Deaf person, I am exhausted at yet another mainstream story that pretends to be about my identity filtered through the eyes of the hearing other. I am infinitely more interested in seeing Ruby’s Deaf brother Leo (Daniel Durant) try to decide what he wants to do with the rest of his life than in watching Ruby pursue her singing. Does his sister’s journey away from the family inspire him to take his own life in his hands as well? If so, what does this mean for the two Deaf parents and their fishing business? I want to see the aspirations and passions and struggles of Deaf people themselves, not the hearing people struggling to support them, only to leave them behind.

(For a more in-depth response to the film, the Deaf writer Jenna Fischtrom Beacom has a passionate and thorough blow-by-blow on her blog.)

However, any form of mainstream exposure for a minority group is not without benefits. The silver lining in this case is that the stalwart Matlin has finally been able to return squarely to the spotlight, affording her renewed opportunities to broaden her range of talents. Recently, she announced she will be making her directing debut with an episode of Fox’s “Accused.”

Hollywood seems to have finally admitted to itself that Deaf people can act.

While she, Kotsur and Durant (another friend of mine) all give gorgeously nuanced performances in “CODA,” real representation of the Deaf community today needs to be more diverse and intersectional. Disability, including deafness, does not discriminate. Anyone, regardless of age, race, ethnicity, gender or sexual orientation, can become disabled and/or deaf at any time. Unfortunately, the vast majority of Deaf stories focus on heterosexual cisgender white people. Perhaps this is because they are largely told by able-bodied filmmakers who seem to think that a character simply being Deaf is diverse enough. Fortunately, there is great promise in rising Deaf actors of color such as Lauren Ridloff (“The Walking Dead,” Marvel’s “Eternals”) and Alaqua Cox (Marvel’s “Hawkeye” and its upcoming spinoff “Echo”).

Now that Hollywood seems to have finally admitted to itself that Deaf people can act, it hopefully won’t be long before we start seeing mainstream films written and directed by Deaf people instead of them simply being sources of inspiration. For instance, I am very much looking forward to Jules Dameron’s upcoming film about the historic and successful Deaf President Now uprising at Gallaudet University in 1988, the world’s only school of higher education for the Deaf, which led to the university’s first Deaf president and proved what we have always known: Deaf people can hold our own in anything.

Since the majority of people have never met a Deaf person in their life, most of what they do know comes from what they see in film and on television. And when those portrayals are put forth by those who are not us, they end up being very skewed. We in the Deaf community are perpetually combating these stereotypes and misrepresentations. Despite what people may think, we do have a very strong and distinct voice. The problem is that too few so far have been paying attention.

Whether he wins the Oscar or not, Kotsur may be able to parlay his current trajectory into a filmmaking career, already having proven he can direct a feature with “No Ordinary Hero.” Before that happens, though, he has already lined up his next acting job: that of the coach in  the upcoming “Flash Before the Bang,” the true story of the victorious 1986 track and field  team from the Oregon School for the Deaf, directed by the Deaf filmmaker Jevon Whetter.

It is my fervent hope that the explosive success of “CODA” will lead to greater opportunities and support within the industry for those of us who want to tell our own stories. I am very proud to say that a film I wrote and directed about being Deaf and queer in a predominantly hearing world, “Flirting (With Possibilities)” made its world premiere at the Paris Short Film Festival this month, and won its award for Best L.G.B.T. Short Film. Who knows? Next year, I just might be the first Deaf person nominated at the Oscars for directing a short film. After all, Hollywood isn’t known as the land of dreams for nothing. 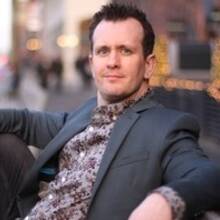 Garrett Zuercher is a profoundly Deaf theater artist and filmmaker. This May, he will graduate from Hunter College in New York City with his MFA in playwriting. For more, please visit garrettzuercher.com.