Elmo’s viral fight with a pet rock is the Jan. 6 story we didn’t know we needed 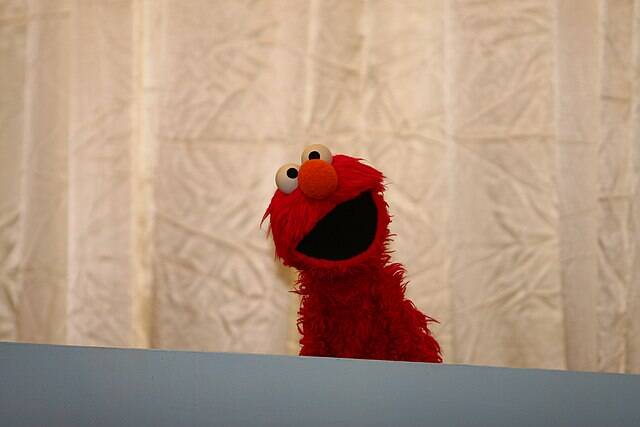 If you have been online the last few days, you might have noticed that Elmo, the cuddly “Sesame Street” Muppet, is suddenly getting an awful lot of play. There seem to be videos popping up everywhere of Elmo shouting at his fellow Muppet Zoe’s pet rock, “Rocco.”

Here’s maybe the most popular clip:

he been funny lol https://t.co/jNgMGCixXypic.twitter.com/WNHssmG9pU

Basically, what we have is the story of a child with a pretend friend who insists that everyone act like the friend is real. And that annoys Elmo because it’s not true. And it’s really annoying.

Part of what has delighted people, I think, is seeing Elmo so completely lose it on another Muppet. That is not the kind of thing you tend to expect from “Sesame Street” or from the Muppet who became famous basically for his capacity to giggle.

And to be clear, these clips never end with everything going back to some version of happily ever after. No, time and again they end with Elmo just refusing to accept what Zoe is saying. Here he gets so angry when Rocco steals his line that Elmo literally walks off:

This you Elmo? Lol pic.twitter.com/xpOJyAGg3n

No doubt the writers are trying to present their young viewers with the kinds of conflicts that kids go through, to teach them how to accommodate and respect each other. Elmo has to learn to understand—or if not, humor—the mindset of his friend. Zoe has to learn that it is not cool to take things from others, like their snacks. Or their sanity.

But the more I watch these clips, the more I realize I am enjoying them mostly because Elmo just will not accept nonsense as truth.

But the more I watch these clips, the more I realize I am enjoying them mostly because Elmo just will not accept nonsense as truth. When he demands Zoe explain how Rocco is going to eat a cookie—“He doesn’t even have a mouth!”—I want to stand up and cheer. Yes, Elmo, that is right, Rocco is just a rock, don’t listen to Zoe, she is gaslighting you to get more sweets.

I wonder whether these clips aren’t so popular precisely because we are all so desperate for voices that will speak the truth as plainly as Elmo does and that will refuse to back down to deniers of reality. No matter how many members of Congress or pundits today will say otherwise, or how many other media outlets frame the question as a debate, Donald J. Trump did attempt to stay in office by undermining the results of our election, and when that did not work, he fomented a rebellion on Jan. 6 at the U.S. Capitol. That is not an opinion. It is a statement borne out by evidence. It is a fact.

Similarly, Covid-19 is real. There are no chips in vaccines. And we did go to the moon, repeatedly.

I wonder whether these clips aren’t so popular precisely because we are all so desperate for voices that will speak the truth as plainly as Elmo does.

The strategy of those who deny these things is very much that of Zoe—keep insisting on a make-believe reality until we either come to accommodate them out of exhaustion or lose our minds and thereby look less credible. Perhaps the rest of us see in Elmo a kindred spirit, someone who has also just had it with being gaslit and won’t accept it any more. Maybe we who are people of faith also see in him a little bit of Jesus, who repeatedly called out the Pharisees’ teachings on purity and obedience as not the way of God that they said it was. (O.K., that's probably just me.)

As “Sesame Street” has always aspired to teach us, we do not have to respond to others’ misbehavior with shouting or misbehavior of our own. But today of all days, Elmo reminds us that it is totally appropriate to call out what is only pretend and say, “No, that’s not right.”