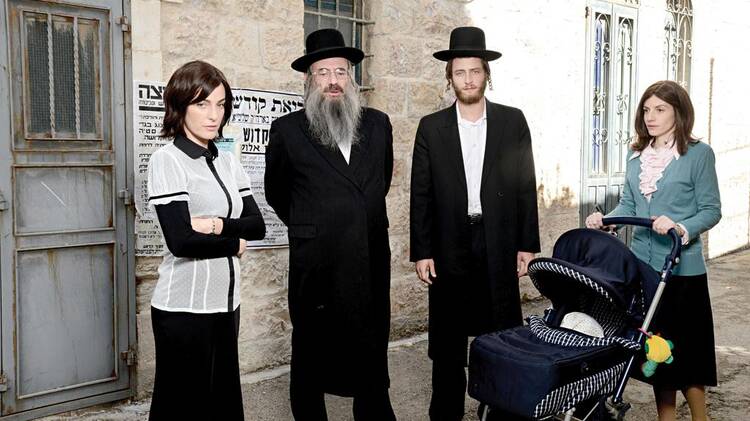 “Nothing human is alien to me,” the Roman playwright Terence wrote. And yet I cannot help but wonder what I could possibly learn about life from the Jewish ultra-orthodox. This is a community that has tended not to vaccinate themselves against Covid and supportshierarchical relationships that place women beneath men. What do they know about living life that could benefit me?

These are the questions I asked myself when I first heard about Netflix’s “Shtisel.” Set in the world of the ultra-orthodox Jewish community (Haredim) in Jerusalem, “Shtisel” shines a light on the relationship between parents and children, husbands and wives, the individual and the community in that society. And I was shocked to find that the show makes the community relatable. The show is not about Haredi Jews; rather, it is about humans who happen to be ultra-orthodox religious. And they did have things to teach me.

The show is not about Haredi Jews; rather, it is about humans who happen to be ultra-orthodox religious.

A major theme in “Shtisel” is Shalom Bayit, peace in the house between husband and wife. How do two individual humans, with differing dreams and passions, come together to build one harmonious whole? In the world of the ultra-orthodox, the solution lies in sacrifice.

Throughout the three seasons of “Shtisel,” the characters Akiva Shtisel and Ruchami Tonik both give up their God-given dreams to please their romantic partners, sacrificing their personal happiness for communal harmony.

Akiva Shtisel is unmarried, 26 and a painter, an almost unheard of vocation in the Haredi community because of the Jewish prohibition on creating images of the human form to prevent idol worship.

A major theme in “Shtisel” is Shalom Bayit. How do two individual humans, with differing dreams and passions, come together to build one harmonious whole?

In Season 2, Akiva meets Libbi, his first cousin. They fall in love and Libbi agrees to marry Akiva, but on one condition: as Libbi’s father Nukhem informs Akiva, “No more painting, ever.”

Although Akiva becomes depressed, he initially feels the sacrifice is worth it to be married to Libbi. Later he returns to painting in secret, thinking the ban on his painting comes only from Libbi’s father. But when Akiva later shows Libbi his new painting, Libbi walks out. Both are devastated. Perhaps the sacrifice of personal dreams for Shalom Bayit was not worth it after all.

But in the second season finale, Libbi has a change of heart, and confronts her father, saying, “I want to live with him, Dad. With Akiva, just the way he is.”

For “Shtisel,” a person’s dream is their vocation, their calling from God.

Meanwhile, Ruchmani Tonik has to have an IUD permanently inserted after her first pregnancy almost resulted in her death and the death of her child. Ruchami wanted to keep the child, but she listened to the voice of her husband, Hanina, who feared for Ruchami’s life. So Ruchami sacrificed her dream of being a mother.

Ruchami and Hanina decide to go the surrogacy route. But the practice is frowned upon in the Haredim community, and Hanina is so ashamed of having a surrogate baby he insists on hiding the fact from the community. “That [is] my condition, that no one knows it is not our baby,” he tells Ruchami. “But it is our baby!” Ruchami responds. “Stop saying that!”

The show warns us against clogging our veins and refusing to let God’s creativity flow through us.

Like Akiva, Ruchami breaks her promise. The dream God gifted her to become a mother overpowers her desire for Shalom Bayit. She lies to her spouse, removes her IUD and gets pregnant. And like Libbi with Akiva, Hanina eventually accepts his wife as she is, supporting Ruchami in her pregnancy.

In the end, “Shtisel” seems to suggest that a person has the obligation to follow their God-given dreams. We sometimes think sacrificing the individual for the whole will strengthen the romantic relationship, but it actually weakens the union of love, as we defy the dreams God gave us. Only by actualizing God’s individual desires for both husband and wife—the dreams that God gave them—will Shalom Bayit arise, a whole and harmonious household between two individuals.

For “Shtisel,” a person’s dream is their vocation, their calling from God. And the show warns us against clogging our veins and refusing to let God’s creativity flow through us.

The show’s message is clear: If you refuse to be a vessel for God, even to please your loved ones, bad things will happen. You may become depressed. You may become a liar. What you are sacrificing is not just your happiness, but your soul.

Through the medium of art, “Shtisel” offers the rare opportunity to humanize the other, to see the world through the eyes of someone different than us. Watching the show I learned valuable and moving lessons from people I have normally looked down upon. Nothing human is alien to me, indeed. 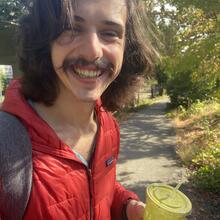 Ben Rothman is a New York-born creative writer, computer programmer and musician. Some of his short stories, essays and poems can be found at benjirothman.com/writings.