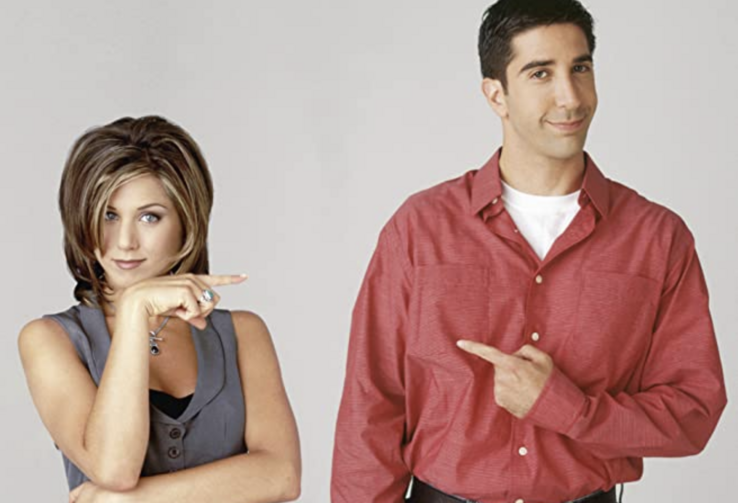 Jennifer Aniston and David Schwimmer as Rachel and Ross on ‘Friends.’ (IMDb)

This review was originally published in the Sept. 24, 1994 issue of America.

Pity the poor television pilot. Within its half-hour or hour time frame, a pilot show must introduce the main characters, furnish a compelling plot and, most importantly, make of all this entertaining enough to hook viewers for the remainder of the season. Of course, some of these problems are as old as Euripides, but then again, they didn’t have channel surfers in ancient Greece. Bearing in mind these challenges, here are some new Fall offerings: The producers of HBO’s quirky and successful “Dream On” have created “Friends” (NBC, Thursday 8:30-9:00 P.M. ET), an affable comedy about six young friends living in Manhattan.

But one question: Where do supposedly struggling twentysomethings find apartments like this in Manhattan?

Courtney Cox (late of “Ace Ventura: Pet Detective”) provides some focus for a cast of newcomers-—most of the action takes place in her spacious apartment. The premiere episode, with fresh dialogue and good ensemble acting, revolved around a high school friend dropping in unexpectedly after having left her fiancé at the altar. (She arrives in a wedding dress.) There’s lots of talk about sex and a good many references to pop culture. The ex-bride, for example, wistfully watches Joanie and Chachi’s marriage on “Happy Days.”

Most of the show is about relationships today, with some easily recognizable 90’s moments (espresso bars with comfy sofas and wing chairs) and some that may be less recognizable (wives leaving their husbands for other women). The actors also use the word “sucks,” signalling its successful movement from “Beavis & Butthead” to network prime time. All in all, a thoroughly post-modern comedy, and a promising one at that. But one question: Where do supposedly struggling twentysomethings find apartments like this in Manhattan?