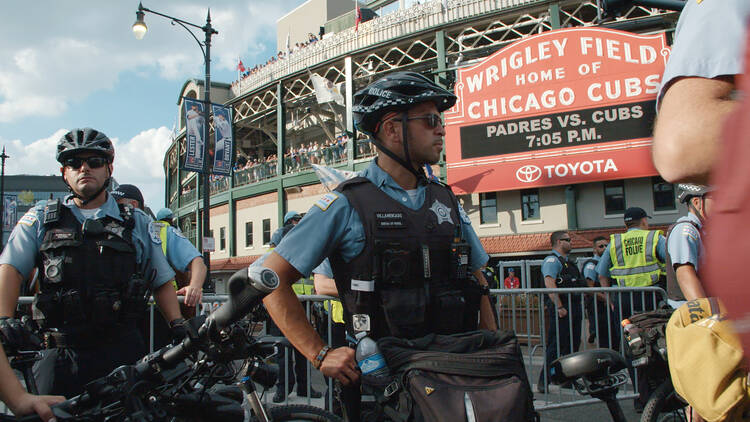 Is it common or natural to think about the place where you live every day? For the city or town we each call home to loom as large in our minds as any person or character? I have often wondered this, as I slogged through the daily car traffic in Los Angeles and contemplated its haphazard, serendipitous planning, or as I have navigated the clogged arteries of New York City’s transit system and bustling grid. (Now, of course, being homebound in Queens, I am more aware than ever of the borders of my daily life.)

Is it a quirk of my own brain that I find myself worrying over the workings and civic character of the places where I live, or is it the confounding complexity of the cities I’ve chosen to live in throughout my adult life?

For true Chicagoans, theirs is the greatest American city, and also the one most in need of change.

Chicago seems to be a city full of people for whom this kind of self-awareness is second nature—where a fierce, embattled outward pride of place coexists with an inward-looking, even soulful self-questioning. For true Chicagoans, theirs is the greatest American city, and also the one most in need of change. The events of the last few years, from the city’s cover-up of the police shooting of Laquan McDonald to the Covid-19 pandemic and Black Lives Matter uprisings, have only heightened Chicago’s awareness of its own divisions and messy interconnectedness, even as the city’s dysfunction has become a conservative punching bag.

The riveting five-part documentary “City So Real,” now available on both the National Geographic channel and Hulu, captures this moment with granular, unsparing detail. And its examination of a city in a turmoil of protest and redefinition could hardly feel more relevant to an age in which we Americans—and not only the ones who live in big cities—must confront a dangerous fraying of our social fabric, of common purpose, in the face of existential challenges not only to our system of governance but to our very survival.

The frame for Steve James’s documentary is Chicago’s mayoral race of 2019, in which a crowded field of candidates vied to succeed two-term mayor Rahm Emanuel.

The readymade frame for Steve James’s documentary is Chicago’s mayoral race of 2019, in which a crowded field of candidates vied for the seat after two-term mayor Rahm Emanuel announced he would not seek re-election. In “City So Real,” we don’t meet all 14 candidates, but we see a representative range as they work crowds at parades, fundraisers and a series of small, awkward press scrums and town-hall debates.

An early favorite seems to be Amara Enyia, a camera-friendly child of Nigerian immigrants who racks up the endorsement of Chance the Rapper but whose campaign flounders on allegations of underreported income. At the other end of the spectrum is Bill Daley, son and brother of two longtime Chicago mayors, whose name recognition can’t overcome his blandness or his ties to a corrupt alderman, Edward Burke, a living link to the city’s infamous political machines.

An association with Burke also dogs another front-runner, Toni Preckwinkle, a similarly bland politician who nevertheless sparks to life in a few scenes of head-to-head contention with Lori Lightfoot, a laconic, cutting, quietly confident lawyer who emerges as her main rival for the job. Lightfoot eventually wins the race, becoming its first openly gay mayor. But it’s a Pyrrhic victory, as she inherits a city in crisis, facing not only Covid but the racial-justice protests of 2020.

If the election’s winding trajectory is the show’s narrative spine, it is fleshed out by unstructured quality time with Chicagoans in restaurants, pharmacies, taverns, parks, lakefronts and, in a sweet diversion, the City Hall wedding office. One of James’s most brilliant recurring techniques is to mark updates in the election story via TV screens in the background of these everyday locations. The filmmaker’s hand is otherwise mostly hidden, as he employs no voiceover narration and only sparingly uses printed titles to name locations, speakers and dates. His biggest and most crucial intervention is a map of the city’s slanting vertical layout, which highlights the neighborhood we are headed to before each scene change.

This impresses on us quickly and firmly just how segregated the city is. This is hinted at in an opening scene at the storied music venue the Hideout, where an all-white band plays a downhome blues set for an all-white audience. And it is confirmed in stark alternations of scenes between Black-run businesses in North Lawndale and white residential areas in Portage Park, or in the pointed juxtaposition of two South Side barbershops, one patronized by Black men, the other by white ex-cops and firemen.

That a city like Chicago can still produce, and not entirely crush, optimists like Neal Sales-Griffin is a thread of hope I can cling to.

James makes an effort to venture beyond this iconic racial divide with visits to Chinatown, to Latino-dominated Pilsen and to Little India. But race haunts the film, from arguments over building a new police academy and the Lincoln Yards waterfront development to a bleak segment following a campaign volunteer as he canvases desperately poor people of color on a city bus.

This fundamental racial wound also appears to be the source of some demographic bleeding. Though the city’s overall population is relatively stable, the film highlights people talking about leaving Chicago, and for different reasons: Black folks for more prosperous and welcoming cities in the South, white folks for the surrounding suburbs. Is the prospect of a multiracial city, let alone a country, simply beyond our grasp? If tough, pragmatic Chicago can’t make this work, who can?

Lightfoot’s unblinking resolve is one tentative, if unsatisfying answer. I found other glimmers of hope in “City So Real”: Amara Enyia, taking her defeat in stride, is seen organizing Covid response in her community. And we watch Neal Sales-Griffin—a relentlessly upbeat young Black entrepreneur whose long-shot mayoral candidacy is almost scotched by an arcane back-room process involving challenges to petition signatures—retain and reassert his faith in education, opportunity and a better tomorrow.