‘Ratatouille: The TikTok Musical’ was cheesy and sensational (and what exactly is a TikTok musical?) 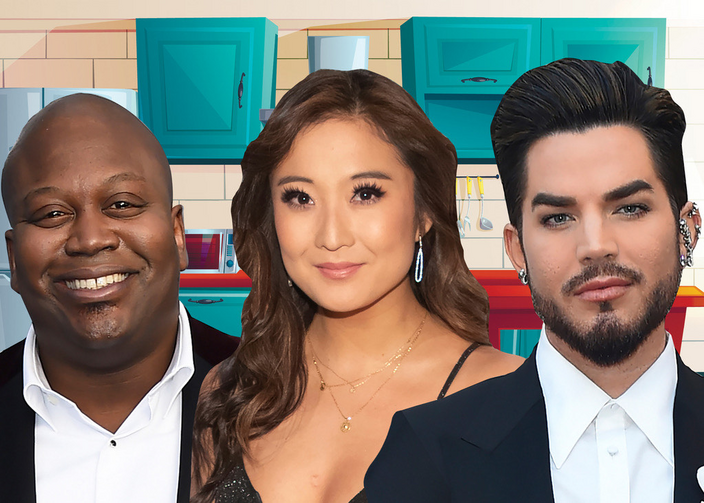 Move over, “Cats!” The Internet’s all about rats now, and “Ratatouille: The TikTok Musical” is the cheesy, sensational show we needed this year.

The 45-minute concert presentation of “Ratatouille: The TikTok Musical” was hosted virtually by TodayTix on Jan. 1, with streaming available through Jan. 4. Tickets cost $5, but viewers were encouraged to donate higher admission prices to benefit the Actors Fund, a nonprofit that supports entertainment professionals. By its premiere date, the musical had raised over $1 million for the charity.

How did a crowdsourced, parody musical go from an Internet meme to a highly successful Broadway fundraiser? It is a story made possible by young people’s collective efforts to find some creative solace during Covid-19.

In August 2020, an elementary school teacher named Emily Jacobsen (@e_jaccs) posted a catchy ode to Remy “the ratatouille, the rat of all my dreams” on TikTok. (TikTok being the popular video-sharing app, in case you, like the Gen-X copy editor of this article, sort of but didn’t entirely know.) The high-pitched audio from Emily’s video gained traction as a meme after social media influencer Brittany Broski (@brittany_broksi) filmed herself dancing along to Jacobsen’s song.

How did a crowdsourced, parody musical go from an Internet meme to a highly successful Broadway fundraiser?

Two months later, composer Daniel Mertzlufft (@danieljimertzlufft) posted an orchestrated version of Jacobsen’s original track. It was accompanied by text imagining how the song might look onstage as a musical finale number. The hypothetical musical quickly took TikTok by storm, with users sharing their proposed songs, choreography, costumes and set designs. Even Disney and Pixar’s social creatives joined in, posting references and their own audition for the musical on social media.

On Dec. 9, Seaside Productions announced the filmed concert adaptation of the TikTok musical in collaboration with several TikTok content creators, Broadway professionals and an all-female orchestra, Broadway Sinfonietta. Our collective Internet dream for a “Ratatouille” musical became a surprising reality.

Like the Pixar movie it is based on, the ratatousical follows Remy (Tituss Burgess in the musical), a little rat with a big dream to become the new face of France’s haute cuisine. His father (Wayne Brady) and older brother, Emile (Adam Lambert), try to discourage Remy from pursuing his impossible ambitions, but the idealistic rodent subscribes to the late Chef Auguste Gusteau’s (Kevin Chamberlain) philosophy that “anyone can cook.”

When Remy becomes separated from the rat colony during an extermination attempt, he finds himself on the steps of Gusteau’s Restaurant in Paris. There he encounters Linguini (Andrew Barth Feldman), a young, gangly garbage boy who almost loses his job after accidentally tampering with a soup. Remy helps Linguini fix his mistake, and after the new soup proves a surprise success, the two form an uncommon partnership: The human provides the cover, the rat the cooking.

Along the way, the pair will have to navigate the suspicions of executive chef Skinner (Mary Testa), the intense training of the restaurant’s only female chef Colette (Ashley Park) and the dreaded review of dour food critic Anton Ego (André De Shields).

The cast is parfait, their enthusiasm and vocal performances soaring throughout the production. Burgess shines as Remy, bringing incredible passion and talent to the role (although it is ironic that he’s the only rat character not dressed as a rat). Feldman wonderfully captures Linguini’s awkward, lovable nature, and Park is hilariously intimidating as Colette. Unsurprisingly, André De Shields is also fantastic—as he is in every role he originates.

The music is also excellent. “Remember My Name” is a loving sendup to the Disney brand and “I Want” songs that composers Howard Ashman and Alan Menken created during the Disney Renaissance (think “Part of Your World” or “Belle”). “Kitchen Tango” is a snappy, memorable duet between Colette and Linguini. “I Knew I Smelled A Rat” is a fun, jazzy villain song. But for my money, “Rat’s Way of Life” steals the show. It’s an upbeat, standout earworm that will get stuck in your head for days afterward. (Believe me, I have thought about this song while struggling to fall asleep every night for the past week.)

At a time when everyday routines have been disrupted and political chaos leaves us utterly demoralized, there is an infectious happiness found in strangers coming together to create a parody musical online, simply for the fun of it.

If you have not seen the movie, you might have a hard time following the musical’s plot. Remy narrates what is supposed to be happening in between songs, and there are small snippets of dialogue throughout, but without the time or physical space for the actors to play off one another, the virtual musical doesn’t quite pull off the same level of cohesive storytelling you would expect from an in-person Broadway production. At times, the show feels like a concept album with commentary suggesting how certain scenes would play out on stage.

That is not to say that its virtual presentation is a complete detriment to “Ratatouille: The TikTok Musical.” One of the cooler aspects of the show is its inclusion of TikTok videos during the musical sequences. Watching teenagers and young adults rapturously dancing and singing alongside Broadway legends and critically acclaimed artists is such a surreal, joyous experience.

At a time when everyday routines have been disrupted and political chaos leaves us utterly demoralized, there is an infectious happiness found in strangers coming together to create a parody musical online, simply for the fun of it. While it is unlikely “Ratatouille” will find its way onto a Broadway stage any time soon, the virtual concert is the happy ending that the TikTok trend deserved. It’s the ratatousical of all my dreams.

Isabelle Senechal
@izzysenechal
Show Comments ()
Join the conversation: Login or create an account
Before you can comment, you need to update your profile to include your first and last name, as required in our comments policy. Then reload this page and you'll be set up for commenting. Update your profile