The Parable of the Young Man and the Old

The Parable of the Young Man and the Old

Abraham heard his name and rose, and took
his son, provisions of a knife and wood,
and went to distant, higher ground with fire
to worship in the solitude required.
The patriarch, by then already old,
he made the lad to carry all the load,
as the Scriptures tell. And Isaac, feeling wise,
rebuked his father for the sacrifice
forgotten, the oversight the old man’s fault.
Of course he was mistaken, and Abraham spelled
it out with stones, the wood. Stronger than
the boy had thought, he bound his promised son.

But Isaac broke loose, fled like holy hell
for town, a man unleashed. Our prodigal
who wanted company, his own imprint
and license, would later, a good time gone, repent,

returning to a hug, a ring, and laughter
infecting all the house, and kill his father.

This article also appeared in print, under the headline “The Parable of the Young Man and the Old,” in the October 2020, issue. 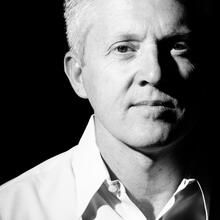 John Poch’s work has appeared in Ploughshares, Paris Review, The New Republic among other outlets. His most recent books are Texases and Between Two Rivers, a photography/poetry collaboration with Jerod Foster, both published in 2019. His book Fix Quiet won the 2014 New Criterion Poetry Prize.