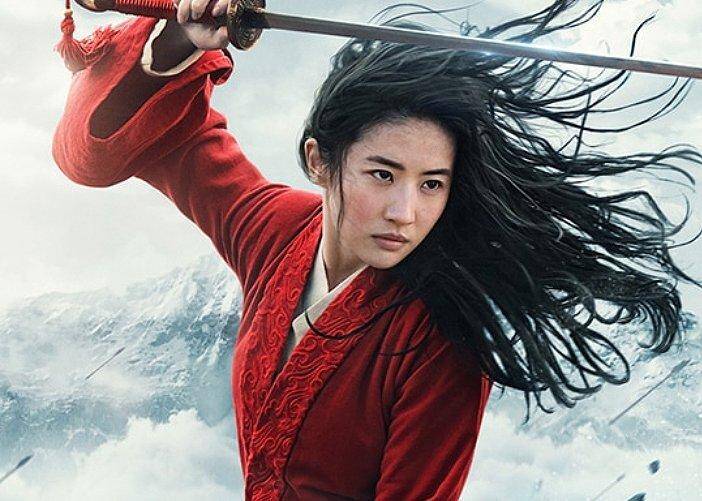 While watching “Mulan,” I began to wonder if this entire exercise had been worth anything at all.

For the last few years, Walt Disney Pictures has embarked on a journey of rediscovery, plucking a number of animated films from its immense catalogue to be remade into live action spectacles. The success of 2014’s “Maleficent,” 2015’s “Cinderella” and 2016’s “The Jungle Book” proved that audiences would show up if Disney gave them a new way to experience these classics. It was also a delightful way to update the older films in their library, some of which may indeed be too slow or structured too differently for the sensibilities of a modern audience of children. At the same time, these films—Robert Stromberg’s “Maleficent” in particular—explored those old narratives in robust ways that made them both more lively and more nuanced.

Unfortunately, Disney’s early successes in this field did not transfer into the later installments. Where “Maleficent” was bold and daring, “Beauty and the Beast” and “Aladdin” felt trite and unnecessary. This is especially true given their age. “Sleeping Beauty,” a film released in 1959, felt more in need of an update than films from the ’90s. The summit of these unnecessary productions is no doubt 2019’s “The Lion King,” a “live action” remake that is nearly shot-for-shot the same as the 1994 original, only with CGI animals that can’t emote for the life of them.

The question to ask, then, is whether “Mulan,” yet another remake of a film from the ’90s, is worth the update to live action.

By and large, the answer is “no,” but it is more of a mixed bag than the other live action remakes. There is certainly potential here for something better, but a number of elements ultimately hold it back from succeeding.

One can’t necessarily fault director Niki Caro for the lack of interesting imagery in “Mulan,” since the production’s main conceit is flawed. The film tries its best to be more grounded than its source material. Ms. Caro attempts to do this by removing the “sillier” aspects of the original, forgoing any musical numbers and doing without characters like Mushu, Mulan’s dragon companion voiced by Eddie Murphy. There is also a greater focus on wuxia-influenced action sequences with no shortage of stunts and wirework. Initially, one can see the appeal of making these changes: It makes the film both more serious and solves the problem of being too much like the original.

There is certainly potential here for something better, but a number of elements ultimately hold it back from succeeding.

Unfortunately, all these changes do is make the final product all the more unmemorable. Without the musical segments, the film struggles to remain interesting during the moments when they would have livened up the original. This leads to the feeling that the characters are just going through the motions until the film reaches its next action scene.

While lead actress Liu Yifei is capable enough, the screenplay often fails her. Ms. Liu’s Mulan is a confused character, one whose motivations are as mysterious as why the filmmakers have decided to turn her into a de facto superhero. In order to facilitate the wuxia scenes, Mulan has been given the special power to control “chi,” which affords her the ability to perform superhuman feats. This addition, however, compromises the integrity of her own character by presenting her as automatically “better” than her peers. Thus, the scrappy and clever character of the original film is swept aside in favor of someone whose natural abilities were always superior. No number of orchestral renditions of the original film’s most iconic song, “Reflection,” can make up for this unfortunate narrative choice.

What’s even more regrettable is that the remake leaves intact narrative and thematic areas in desperate need of an update. The animated film had a solid, albeit simplistic, feminist moral. If the new film’s goal was to truly update the original, then a more complex message would make sense. However, the film itself is uncritical of the patriarchal power structure of Imperial China.

The movie’s main villain is Bori Khan (Jason Scott Lee), an invading warlord. Yet he is the only person in the film to employ a woman in a position of power and his father was killed by the Emperor of China, played by Jet Lit. Meanwhile, the Emperor forcibly conscripts men into war and does not allow women to serve in his forces.

At no point does Mulan suggest to any character in the film that there should be changes made to the way that their society functions, even when she is in front of the Emperor. Instead, at the end of the film, she joins the Emperor’s Guard, reinforcing the fact that women have to work doubly hard to achieve the same recognition as men, and even then end up perpetuating the same old injustices. The film never confronts this dichotomy.

What’s even more regrettable is that the remake leaves intact narrative and thematic areas in desperate need of an update.

What’s more, the film is not critical of China at all. The Emperor is seen as a divine figure and his declarations of war against Bori Khan just and necessary. In this film, China may have some rough spots but it is nonetheless a great place, one where oppressed minorities may even get the chance to change it for the better.

One can’t help but consider how dangerous that kind of messaging can be. The People’s Republic of China is a surveillance state, one that has grown ever more powerful in the age of the internet and social media, which the government wholly controls. It has subjected over a million Uighur Muslims, who are Chinese nationals, to internment, child separation and organ harvesting. Many parts of “Mulan” were filmed in Xinjiang, where Uighurs are being detained. China has also attacked and arrested pro-democracy activists in Hong Kong, sparking the largest protests in Hong Kong’s history.

Ms. Liu has been on the record as supporting the mainland against Hong Kong, saying, “I also support Hong Kong police. You can beat me up now. What a shame for Hong Kong.” The hashtag #BoycottMulan has been trending on Twitter, calling for people to avoid purchasing the film on Disney+.

So, where does this leave us? One can compare the film’s Chinese nationalism to jingoistic American movies by directors like Michael Bay. They are spectacular and ugly in similar ways, but “Mulan” is all the more so for feigning to be progressive.