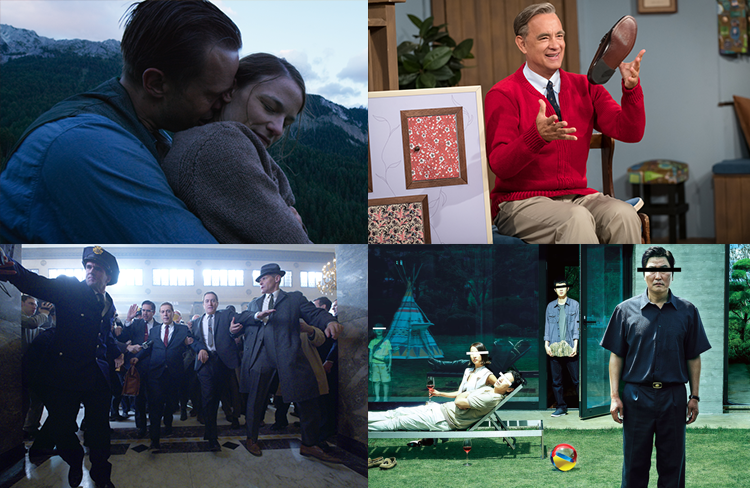 To mark the 92nd Academy Awards, which will take place on Feb. 9, America turned to its Catholic Movie Club discussion group on Facebook for recommendations about the most spiritually significant film they saw in 2019. Results were not limited to the Academy’s nominees.

“A Hidden Life” tells the story of the conscientious objector and martyr Franz Jägerstätter. Jägerstätter explicitly posed, and his story continues to pose, some of the most fundamental questions about the Christian life: At what point is an individual Christian required to oppose and resist evil, instead of tolerating it? At what point is the sacrifice of one’s own comfort and even safety a moral imperative? In short, as a character in the film says: Are we content merely to admire Christ or are we going to actually follow him, as he invites us to do? In addition to its content, which includes more depictions of intimate, personal prayer than I have ever seen in a film, the film is made in such a way that the experience of watching it is itself an act of contemplation. This film is not only about prayer, it is a prayer.

“The Last Black Man in San Francisco.” I saw many movies in 2019, but this is the one that most deeply connected me to my eternal communion with Christ. I can’t think of a movie that I saw this year that is so reflective of the ways I was taught in my 13 years of Jesuit education to see God’s presence in the face of personal pain, growth, compassion and, finally, fulfillment.

“A Beautiful Day in the Neighborhood.” Mr. Rogers treated the skeptical reporter with transcendent love. The movie is all about love. In our tense national climate, the movie is timely and based on a true story. I watched Mr. Rogers as a little girl in the 1960s. Then I watched with my own girl and boy in the ’90s. Later, I thought of him when I led children’s liturgy with puppets. We even sang his song, “You are my friend,” there. One of my favorite parts of the Bible is when Christ says, “I call you my friends.” I still quote Rogers’s alter-ego, Daniel Tiger!

Martin Scorsese’s “The Irishman.” You can say what you will about the facts (or lack thereof) that surround the story of “The Irishman,” but deep inside the film lies a story of sorrow, regret and the complicated nature of both. The entire film is a confession. The film begins with a nameless, faceless, floating presence that finds Frank Sheeran (Robert De Niro) in a retirement home. Upon their “meeting,” Sheeran immediately begins confessing his lifelong list of transgressions, the fruits and the sorrows of those transgressions and his complications in coming to terms with whether or not he is, in fact, sorry for them. It is a beautiful, if not poignant look at a life of sin, the opportunity we are given for forgiveness and the decision we make to seek it...or not.

This article also appeared in print, under the headline “2019’s Most Spiritually Significant Films,” in the February 3, 2020, issue.