Looking for summer reading? Here are some recommendations from America readers 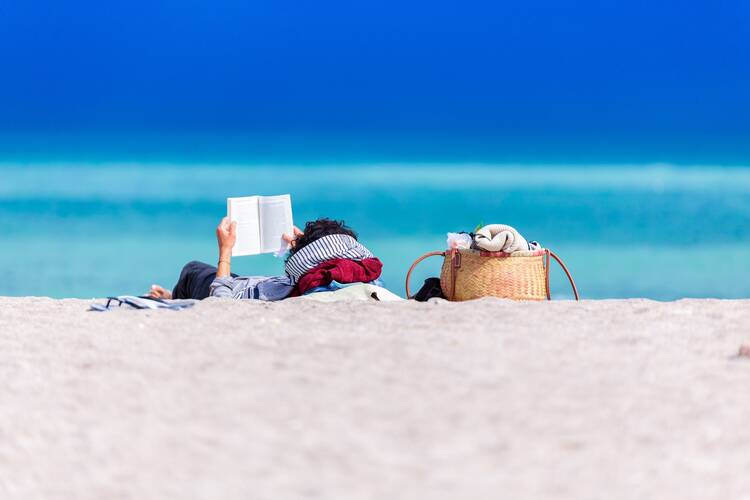 Photo by Dan Dumitriu on Unsplash

In June, Americapublished online summer reading recommendations from members of our editorial staff. Given that we have the smartest readers in publishing, it felt fitting that we ask for their recommendations, too. Below you will find a sample of suggestions from our staff, newsletter readers and members of our Catholic Book Club and Jesuitical Facebook groups.

What book are you reading this summer, and why would you recommend it?

The Shattering of Loneliness: On Christian Remembrance, by Erik Varden. For older seekers, this unique exploration of several fundamental biblical themes through the lens of remembrance is a wonderful guide to reviewing your life’s path.

The Line Becomes a River, by Francisco Cantú. This book, written by a former border agent in Texas, is relevant, truthful and revealing. It’s well written by a Fulbright scholar and shows us some personal examples of people trying to make a safe life for themselves and their families. It follows one man through his deportation and legal journey, too. I think it’s a must-read. It’s also highly engaging and readable. I loved it.

Charming Billy, by Alice McDermott. How could a book that starts with a crowd of people drinking after a funeral not be a good summer read?

The Life of Jesus Christ, by Ludolf of Saxony. What an unexpected treasure. If you want to know Jesus and his church, read this book! This book, written by a 14th century monk and extremely popular for centuries, has only recently been translated into English. St. Ignatius Loyola was among the many who were greatly influenced by this work. Why did it take so long to get the entirety of this fascinating compilation of meditations on events in Jesus’ life translated into English? It provides a wealth of information and inspiration. I never expected a 14th-century monk’s writings to teach me so much and touch me so deeply. One caveat: This is no beach read. A couple of pages a day is all I can absorb.

Book I of Alan Moore’s Jerusalem, which jumps through time to tell a massive story set in Moore’s hometown of Northampton, England. It’s huge, full of astounding prose and ambitious writing experiments, and can be deeply weird. But it’s also a beautiful and heartfelt story about connection, gentrification, art, God and family, rooted always in the daily struggles of ordinary people. It’s definitely a time investment (I’m barely a third of the way through it) but so far extremely worth it.

Handling Sin, by Michael Malone. Despite the grave-sounding title, this book is hilarious. Raleigh Hayes, an upstanding citizen, faithful husband and responsible life insurance salesman, has been able to keep the chaos of the world and his large, loud, reckless family at bay for 45 years. But his well-ordered life begins to unravel when his father, a thrice-married, defrocked Episcopal priest, escapes from the hospital and refuses to come home until Raleigh has completed an absurd scavenger hunt across the South. Raleigh rages against the father who loves him and the God that refuses to follow the rules. “Hayes was a Christian,” Malone writes, “but if the truth be known, Christ irritated him to death…. In his personal opinion, Christ’s advice sounded like civic sabotage, moral lunacy, social anarchy, and business disaster.” As Raleigh confronts one disaster after another on the road, he turns into a person he can hardly recognize, which, we suspect, is exactly what his dad wants.

Life of the Beloved, by Henri Nouwen. This book has changed my relationship with God in a way no other book except the Bible has.