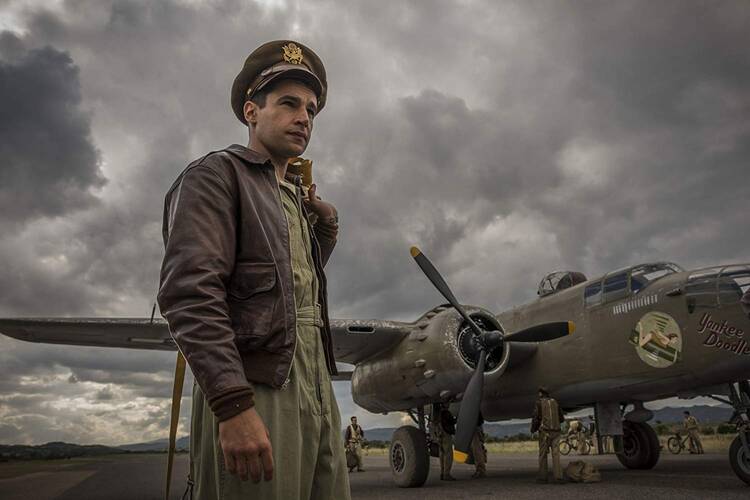 I first encountered Joseph Heller’s brilliant novel Catch-22 in my senior year of high school, when it was assigned reading for our A.P. English class. I became obsessed with its dark comic tone, as well as Heller’s full-throated denunciation of the cruel bullies and bureaucracies of the U.S. military in World War II, especially given that it was written about one of the “good wars,” one almost all Americans supported. Its publication date, 1961, far predated the anti-Vietnam War movement, and yet Heller seemed to have proleptically captured the fury of many who raged against that war’s senseless slaughter. (The New Yorker famously complained that Catch-22 “doesn’t even seem to be written; instead, it gives the impression of having been shouted onto paper.”)

Joseph Heller seemed to have proleptically captured the fury of many who raged against the Vietnam War’s senseless slaughter.

I loved the novel so much that I was deeply suspicious of Hulu’s much-ballyhooed six-episode television adaptation of the book (a film version also came out in 1970) that debuted earlier this month. How much would they get wrong, I wondered, and how much of the dark comedy and perfect wordplay would be turned into schlock or tendentious moralizing? Or, more to the point, how could anyone convert text like this into image?

Actually there were many officers’ clubs that Yossarian had not helped build, but he was proudest of the one on Pianosa. It was a sturdy and complex monument to his powers of determination. Yossarian never went there to help until it was finished; then he went there often, so pleased was he with the large, fine, rambling shingled building. It was a truly splendid building, and Yossarian throbbed with a mighty sense of accomplishment each time he gazed at it and reflected that none of the work that had gone into it was his.

No director of photography can capture the genius of that paragraph. But I will admit: I loved the miniseries. It is dark, violent and graphic, and nowhere near as funny as the book, but it deftly condenses Heller’s scream of rage at heartless bureaucracies and the moral monsters they shelter and breed.

I will admit: I loved the miniseries. It deftly condenses Heller’s scream of rage at heartless bureaucracies and the moral monsters they shelter and breed.

Like the novel, the miniseries follows the lives of the 256th Squadron of the Army Air Forces (“That’s two to the fighting eighth power,” Yossarian notes, “if you’re thinking of writing a symbolic poem about our squadron”) and its supporting staff in World War II. The European theater of action is drawing to a close, and the Germans are on the retreat everywhere. But it makes no difference to the squadron’s callous superiors, who want promotions and fame and power, and so never stop sending their own men on missions—25, then 30, all the way to 50, and on and on. All John Yossarian wants is to go home, but he is foiled at every turn and eventually watches almost everyone close to him die.

We see most of the main characters from the novel: the romantic Nately, who falls in love with an Italian prostitute; poor, earnest Clevinger; sleazy, pipe-smoking Aarfy; the scheming capitalist Milo Minderbinder; and the ultimate villains Colonel Cathcart and Lt. Colonel Korn—as well as Heller’s greatest invention, the hapless General Scheisskopf (played by George Clooney, who also served as executive director and directed two episodes; remember your high-school German if you want to know what his name means), who loves parades and nothing else.

There were moments I hated, moments that betrayed Heller’s vision. The character of John Yossarian (played by Christopher Abbott) is too brooding and a bit too handsome on screen; in the book he is both more masculine and more furious. Similarly, the sheer evil of Colonel Cathcart (played by Coach Taylor—excuse me, Kyle Chandler) and Lt. Colonel Korn (Kevin J. O’Connor) doesn’t come across quite as clearly on screen as it does in the text. But the terror of war—and the grim reality of realizing you might not die for a heroic cause, but for the vanity or cruelty of an incompetent superior—is both aptly and poignantly on display.

The grim mirth of the novel is well-portrayed, with an almost absurdist tone at times.

The miniseries is not for children or the faint of heart. It includes numerous graphic sex scenes as well as no end of violence and gore. The battle scenes, in which the pilots and supporting crews of the Pianosa squadron are subject to constant barrages of German flak, are also anxiety-producing in the extreme. But the visuals make the miniseries: Not just the scenes of war but the scenes of young men enjoying each other’s company—swimming, joking, arguing and playing in the midst of it all—make every death a little more poignant and hard to swallow.

Unlike the novel, the miniseries ends on an uncertain note. Yossarian is still flying missions (albeit naked, having refused to put his uniform back on after a fellow airman bled to death on it), the war is still raging, and we don’t know whether Yossarian will survive. Will the Germans kill him? Will his superiors have him “disappeared”? Will his own friend kill him by bombing the squadron to make a few bucks from the Germans? As Heller notes in the novel, “He had decided to live forever or die in the attempt."

Based on this well-written review, without seeing the miniseries I can confidently say that "the book was better". I have deep doubts that Heller's dark humor can be translated to the screen.

But I'll never forget reading Catch-22 in a library in high school and trying to stifle my laughter so much that tears were running down my face. I probably should have been perceiving his arguments more than laughing at the absurdity of it all, but that's where I was at that point in my life.