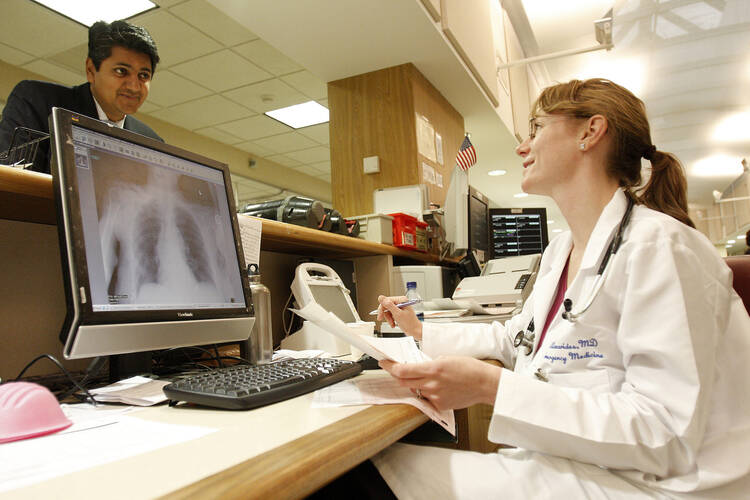 Many Americans enjoy a weekend stroll in a public park or relaxing with a book in a library. Most of us have easy access to trees, playgrounds, flowers, books or the internet. Many parents are grateful for the public schools their children attend, as well as the carefully paved roads and safe bridges they drive on. Men and women may feel comfort in knowing job security, though they give less thought to the sources of stability in work and leisure—the wider economy and ecosystems, including health care systems—that nurture all human flourishing.

The common good—like the constant care that babies and children need at home or at school, and the clean air and water we thirst for—is that which protects and nourishes us profoundly. Nonetheless, we can be distracted from engagement with the common good by cultural forces. It may be the temptation to focus on money and status symbols, whether careers, homes or toys, as means of self-validation or comparison to others (see Richard Reeves’s Dream Hoarders). Or it may be the comforts and conveniences of technology that weaken our sensitivity to others’ needs. In any case, we easily overlook how much we take common goods for granted.

A Downsized Dream: Building solidarity at the margins
Doug Demeo

Our lifelong stories can help us to see more clearly our dignity as fellow creatures, in deep relationship with the common good. A particularly vivid experience of its nurturance or absence can alert us to our shared needs as human beings and the importance of building the common good. It may be through education and the economy, disaster readiness and ecology, or community and law enforcement. For me, an area strongly interconnected with the above and all other aspects of the common good relates to my physical condition, especially since receiving a cancer diagnosis 18 months ago, and the wider, mutually shared context for my experience: the U.S. health care system. At its essence, it is one of the many common goods that we all depend upon.

Upon losing my job in 2010, I also lost my health insurance. While living in Trenton, N.J., and temporarily unemployed, I eventually applied for and received 100 percent “charity care” at nearby St. Francis Hospital. In the late summer of 2013, I was fully covered for an upper endoscopy procedure. I had lost a precipitous amount of weight as a result of my inability to ingest food and had no idea what was going on until my gastroenterologist revealed a rare disease that affects the muscles of the esophagus, called achalasia. Finally learning the root cause of my misery was the good news; the fact that my doctor accidentally perforated a tiny area in my lower esophagus was the bad news (but yet with a silver lining). I would have died if it were not for an ambulance ride to a much larger hospital and emergency thoracic surgery the next morning to patch the hole in my chest. Thankfully, my new surgeon could also perform the longer-term operation for patients with achalasia.

Our lifelong stories can help us to see more clearly our dignity as fellow creatures, in deep relationship with the common good.

When I was switched from a hospital in Trenton to one in New Brunswick, I lost access to my charity care and had to apply for local-based care all over again. But this time I had to draw down most of my life savings. It took nearly a year before I was able to receive full coverage of hospital expenses, with the exception of 10 percent of doctor’s bills (that I recently finished paying off).

In 2017, I was working 60 to 70 hours a week as a substitute teacher in Baltimore County schools and driving for Uber. I was earning enough to pay for the sum of my rent, utilities, insurance, car payments and healthy foods but not wedding preparations. Thankfully, my parents contributed much to the latter. Maria and I became engaged at the end of April 2016, and while we set a wedding date for April 8, 2017, we quietly married before Christmas at St. Gabriel Church in Windsor Mill, Md., where we met.

There was a good reason we married four months ahead of our public ceremony. I had recently been diagnosed with Mantle Cell Lymphoma, an uncommon form of blood cancer. As with my major surgery in 2013, I received the pathology report during a small window of time in which I lacked health insurance. I was preparing to opt into the Maryland Health Connection at the time, but that was before considering my fiancée’s coverage through the U.S. military. After gathering documents, I registered on Maria’s health insurance plan and was soon able to begin chemotherapy. Aside from periodic nausea and vomiting and near constant fatigue, the treatment worked.

According to my most recent CT/PET scan, the cancer is in complete remission. One of my oncologists suggested it may return in four to five years, but hopefully not. Given a fully successful autologous stem cell transplant in early August, followed by immunotherapy treatment every two months for three years, along with the grace of God and a little self-discipline—including smart diet, meditation and fulfilling work—I fully intend to keep this unwelcome visitor away for the rest of my life.

The experience bolstered my conviction that no one should have to worry about being married or not or being blessed with the most loyal employer or not in order to receive more than adequate health insurance, catastrophic or otherwise. I am not the only one working long hours who is in need of affordable, comprehensive health insurance. More than 23 million people stand to lose theirs if Obamacare is repealed and not replaced with the same or better coverage in a seamless way.

In working toward the goal of a much improved system, including affordable premiums and reasonable annual caps on co-pays, Democrats and Republicans need to set aside their differences and work together. The good faith efforts of Republican Senator Lamar Alexander of Tennessee and Democratic Senator Patty Murray of Washington to forge a bipartisan agreement is a rare and welcome example of such compromise.

In just my first cycle of chemotherapy in January 2017, back to back days of a few hours of outpatient treatment, the bill came in at $62,155. My wife and I estimated the total outpatient and inpatient treatment costs at around $1 million. Fortunately, within a year’s time, our insurance caps our co-pays at $1,000. This we can afford. What would have happened if the U.S. military was not as clearly focused on the common good for our soldiers and their families?

Sadly, if the Alexander-Murray plan or something comparable is not achieved, President Trump’s executive action to eliminate federal subsidies for health care will destabilize the health care markets and remove access to health care for millions of people. I would have been included in this number if I had not been on my wife’s army plan.

No one should have to worry about being married or not or being blessed with the most loyal employer or not in order to receive more than adequate health insurance, catastrophic or otherwise.

The question of access to care notwithstanding, the prices and costs to taxpayers are nowhere near this high when a public option or single-payer system is involved, as is the case in most all developed countries. In the United States, we are hearing a growing chorus in support of universal health care, led by the likes of Senator Bernie Sanders. It is a position firmly backed by Catholic social teaching. “Health care is another area where people have rights to medical procedures and medicines and care of a doctor,” Cardinal Seán O’Malley, the archbishop of Boston, has said.

God is found in the common good

Universal and comprehensive health care coverage, along with the practice of good health habits and medical follow through—rights and responsibilities—provide a foundation for a well-functioning economy and society and therefore need to be designed into the system. The concept of rights and responsibilities, incidentally, as with solidarity and the preferential option for the poor, is a fundamental principle of Catholic social teaching.

A Downsized Dream: Building solidarity at the margins
Doug Demeo

Through being a military spouse, God has granted me access to an amazing health insurance plan, one that has provided full coverage for my many blood tests, CAT scans and biopsies, chemo injections, hospital care, home nursing care and more. If I did not receive this insurance and health care, my life may not have been extended for as long as hoped for, possibly preempting my future contributions to the common good.

God our creator loves everyone and has therefore created interconnected systems and goods that belong to everyone. Our flourishing as human beings depends on our sharing and stewarding in these systems and goods. But this first requires a kind of social and ecological conversion, a deep awareness that God is found in the common good, with predominant concern for those who are most deprived of the benefits of the health care system (or the economy or environment).

We must, therefore, shed our divisive allegiances and learn to mature as one organism. We each have a key role to play: valuing and simplifying our lives and engaging in unifying civic and commercial movements. At the very least, this means holding accountable leaders who fail to take seriously core dimensions of the common good, including outstanding universal health care coverage. 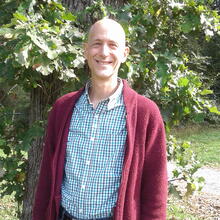 Doug Demeo begins in July as pastoral associate at Our Lady of Mount Carmel Church in Essex, Md., and is a fellow at the GreenFaith coalition.

Plan to discover you in the best of your health and mind-sets. I am completing an introduction on this coming world health day. I have to request your agree to utilize a portion of your profitable words in my introduction. Best assignment writing london

Health coverage is such a complicated matter that we often just take for granted. It has become such a mess and getting affordable coverage can be a real challenge. It was so simple when I was a younger man and my employer simply provided it without any hesitation. Nowadays, especially being self-employed, things can get real expensive real quick. I hope this government can figure out something quick. Until then, we are on our own. John - prtrashjunkremoval.com