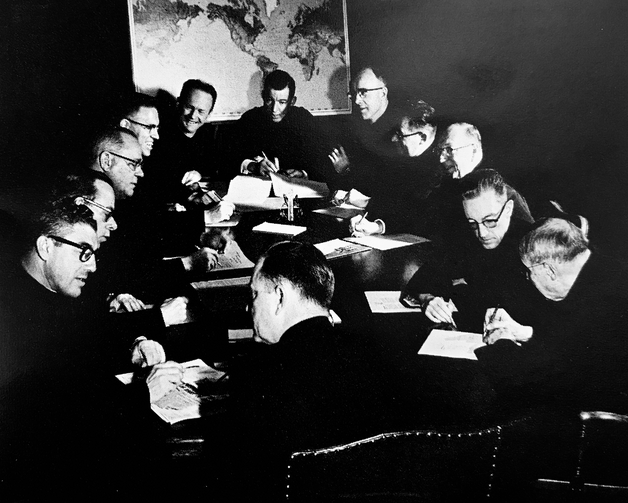 The men who thought they knew better than Flannery O'Connor.

In the spring of 1957, America scored a publishing coup: literary editor Harold Gardiner, S.J., had solicited the 32-year-old Flannery O’Connor for a piece and she had sent him “The Church and the Fiction Writer,” an essay based on a talk she had given earlier to a Macon, Ga., women’s club. Among its many memorable lines is its opening one: “The question of what effect the church has on the fiction writer cannot always be answered by pointing to the presence of Graham Greene among us.”

Another memorable line: “What leads the writer to his salvation may lead the reader into sin, and the Catholic writer who looks at this possibility directly looks the Medusa in the face and is turned to stone.” Goodness! Or rather, in O’Connor’s opinion, badness, because this line was not hers but Gardiner’s, one he had inserted just before presstime without telling her.

She was “furious,” reported her friend and correspondent, James McCown, S.J., who had met O’Connor while he was assistant pastor of St. Joseph Church in Macon, and later recommended O’Connor to Gardiner. “Flannery, bless her heart,” McCown wrote in a 1979 reminiscence in America, “thought boldly and straight, and was not intimidated by the rigorist-neurotic cast of so much Catholic moral theology at the time.” McCown makes no mention of the fact that Gardiner also made another change, deleting this entire paragraph:

The business of protecting souls from dangerous literature belongs properly to the church. All fiction, even with it satisfies the requirements of art, will not turn out to be suitable for everyone’s consumption, and if in some instance, the church sees fit to forbid the faithful to read a work without permission, the author, if he is a Catholic, will be thankful that the church is willing to perform this service for him. It means that he can limit himself to the demands of art.

From the perspective of 2017, it may look as though Gardiner was protecting O’Connor from herself. But in America’s 90th anniversary issue in 1999, the magazine sought to make things right and issued “belated apologies,” and then reprinted the essay with the paragraph restored.

What to make of this mystery? Only that it is wisest to give O’Connor the last word (which is actually a last word that the Mystery and Manners editors append to the original end of “The Church and the Fiction Writer”): “The fiction writer presents mystery through manners, grace through nature, but when he finishes there always has to be left over that sense of Mystery which cannot be accounted for by any human formula.” 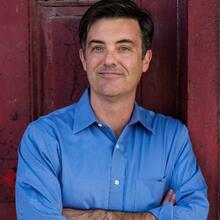 Liam Callanan is the winner of the 2017 George W. Hunt, S.J. Prize in Arts, Letters & Journalism, which is co-sponsored by America Media and the St. Thomas More Chapel & Center at Yale University. His new novel, Paris by the Book, will be published in April 2018.

Mystery and Manners is a book that every fiction writer -- Catholic, Protestant, Buddhist, &c. &c., none of the above -- should it read for its enormous imagination and good sense. Even if poor old Cardinal Spellman in his persona as fiction writer, comes out as a rather negative example of what NOT to do.