Slack and Trello and Google Docs, oh my! On realizing I am a technological dinosaur 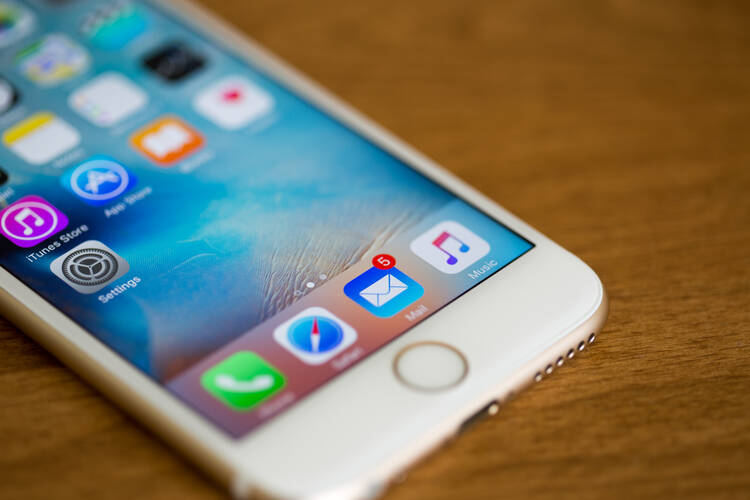 The Nerf dart was the last straw.

That I didn’t see it coming was part of the problem. Everything and everyone around here moves too fast. When I came aboard at America Media at the end of July, I didn’t think the transition would cause me much trouble. After all, I had worked at the magazine twice before, so I knew plenty of the editors and also had a sense of the workflow. I figured mastering some new technologies might be a bit of a challenge, but I consider myself a pretty adaptable guy, so it couldn’t be that hard. After all, even journalist nonpareil Hunter S. Thompson, whose house was famously festooned with handwritten notes, eventually figured out how to write on a Macintosh. What could go wrong?

Then I found out: I am a dinosaur.

My very first day, a coworker and I agreed on a particular author as a good choice to write a book review. I could get the writer’s contact information, he told me, from one of the other editors across the office. I took my yellow legal pad and favorite pen and bustled over.

“Oh sure, I have it right here,” she said, and made half a dozen quick thumbstrokes on her phone while I awaited, pen and pad at the ready. A few moments later, she looked up in surprise. “Oh! Um.... I Slacked it to you.”

I slunk back to my office in shame and confusion. Slacked it to me? Was this some millennial hipster code? The sheer youthfulness of the office made me nervous anyway, truth be told, and I distrusted its unironic ways and easy bonhomie. And now there was a bewildering new language to learn from these mysterious people?

At my last job I was the youngest person in the office and also fancied myself the technology guy. I started our Twitter account; I got the coveted permission from IT to have Facebook on my computer, because “social media is necessary for my work”; I had a Dropbox, for God’s sake, an actual working Dropbox! And when I needed to communicate with my authors or colleagues (it should go without saying that I, a resolute Gen-Xer, refused to speak on the phone), email and Word documents did just fine.

Not in this bewildering dystopia. Much has been lost, even if free Diet Coke has been gained.

The first thing I learned about modern office communications technology is that every application must have a cute and yet utterly nonsensical name. Slack. Trello. Drupal. Kibble. Farm2Table. Zipple.

The first thing I learned about modern office communications technology is that every application must have a cute and yet utterly nonsensical name. Slack. Trello. Drupal. Kibble. Farm2Table. Zipple. They are usually all running at once on every imaginable platform and never not notifying me of something. The other day I received an email telling me that I had been added to a card on Trello (which also notified me) at the same time someone on Slack informed me that the first two were happening. And I received all three notifications on my cell phone, computer and landline simultaneously. O.K., that last part is not true, but when someone leaves me a message on the landline (which I still refuse to answer), my computer notifies me that I have a message. What fresh hell is this?

It got worse. I soon realized that my computer did not have Microsoft Word. Since the task of unlearning WordPerfect and becoming proficient at Word almost killed me in a previous decade, I was disheartened to find that I would now have to write and edit with Google Docs. “Can someone install Word on my computer anyway?” I plaintively asked on Slack or Jello or Droopy or BitLip. “Jim, we don’t install programs anymore,” one of the millennials bustling around the place Slacked at me. “You can log on to Office 365. We’ll need to get you a license.”

“We’ll need to get you showing up at the office before 10 a.m.,” I Slacked right back with savage glee. Get off my lawn!

Soon after, I got a notice that the editorial I had been working on was ready for editing. I opened the Google Doc with ease (like a boss), only to be confronted by a hallucinatory rainbow of bright cursors moving about the screen and a cascade of ever-changing deletions and suggestions and comments and complaints. Had I, the thought occurred to me, perhaps imitated Hunter S. Thompson’s lifestyle too closely in my salad days?

Then I realized that six different people were editing the document at once. “Have none of you read Deuteronomy?” I wrote in terror. “Suffer not the practice of sorcery, and engage ye not in witchcraft?!”

Hours later, I was contentedly inking “stet” and “rom” in the margins of some copy with a red pen when my millennial arch-nemesis launched an unexpected counterattack. There was no notification from Slack before he burst into my office with a plastic gun and shot me with the aforementioned foam Nerf dart. I took the round high in my left shoulder. Too tough to faint and too proud to admit to the pain, I shrugged it off. But I was also flabbergasted.

“How about you get back at me like a real journalist would?” I spluttered. “Just complain about me to everyone else while drinking yourself to death!” Alas, he was far too quick a fox for this lazy dog, and I found myself complaining to an open doorway. I tossed the dart in the trash with a harrumph.

And just then, somewhere, Hunter S. Thompson rolled over in his grave.

James, I feel your pain. Office 365 was the only thing I knew of.