The case for (and problem with) "The Case for Christ" 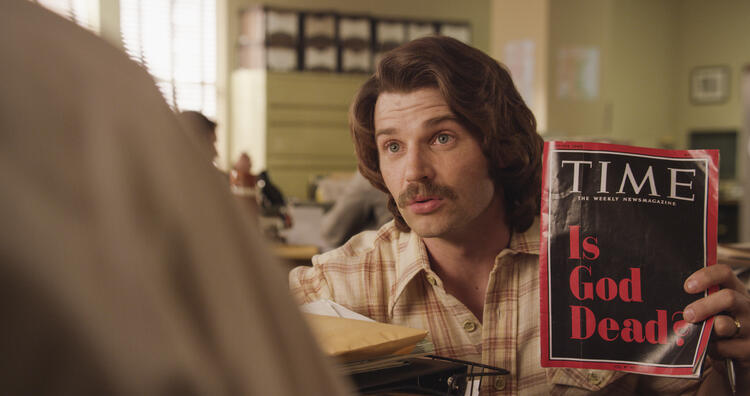 Mike Vogel in "The Case for Christ"

We might feel we know the characters of Christian movies from the moment we sit down to watch them. Titles like “Heaven is for Real,” “God’s Not Dead” (1 and 2) and the newly released “The Case for Christ” offer a sense of what is in store. Somber Movie-Trailer Voice: “In a world...that is progressively non-religious, and violently atheistic...one Christian will learn to profess his belief, facing the challenge to prove his faith in Jesus Christ.”

“The Case for Christ” is the story of a Chicago Tribune editor (and atheist) named Lee Strobel, who undertakes the task of debunking the “myth” of Christianity after his wife’s unexpected conversion. Ostensibly, Lee’s intent is to save his wife from getting sucked into what he fears may be a cult. But as the story unfolds, Strobel’s selfishness, intellectual pride and inability to address a deep-seated sense of woundedness stemming from his relationship with his father reveal the true motivations behind his refusal to believe in God.

Based on the best-selling autobiography of the same name, “The Case for Christ” is an enjoyable film with a premise now well-known in evangelical circles. Strobel’s work has been used for years as a go-to for evangelicals because it is about an intelligent, competent professional whose intellectual conversion came before his spiritual one. Strobel spoke to every expert he could find in hope of disproving the winding, contradictory and self-referencing accounts in Scripture. What he found, however, is that with each expert, his own understanding of the narratives deepened and the truth of these “eyewitness” accounts was revealed: The only way all of this evidence could exist would be if there were, indeed, a man named Jesus who rose from the dead.

“The Case for Christ” asserts that only one who chooses to ignore the evidence could fail to see that Jesus is Lord.

“The Case for Christ” asserts that only one who chooses to ignore the evidence could fail to see that Jesus is Lord. This conclusion, an argument for the certainty of faith, reveals a fairly constant trend in recent Christian films. These movies provide clear accounts of why we ought to have faith in Jesus Christ. And they continue to be well received because many Christians perceive a threat: namely, that other voices in contemporary culture will overwhelm traditional expressions of Christian belief.

Cultural understanding seems to be changing on everything from familial responsibility to gender identity to our sense of connection with a community. As an older generation of Christians passes, their way of following Jesus appears to be dying with them. Every day it seems harder to practice a biblical faith; atheism and intellectualism have distorted longheld truths about human nature. Christian movies present a certitude: Jesus is the one, true foundation amid shifting cultural beliefs.

Seen in the right light, Christian films are like moving stained-glass windows. They reveal images of discipleship that depict faith within this present cultural reality but also represent hope in an unseen future. The charm is in the simplification of a story that valorizes attractive people attempting to live good lives, earnestly seeking the truth.

Will viewers be troubled by the vague sexism, racism and cultural bias that these movies represent (unintentionally or not)? If these offenses register, probably. But it’s likely that few people who watch Christian movies are expecting nuance and insight on divisive issues of justice. Rather, viewers are asked to consider only two questions: Do you believe in Jesus Christ, and are you willing to stand for that belief even when the world might think you are mad?

The movies listed above exist to make clear where one ought to stand, and if there is doubt, they will offer proof. Reasonable scholarly arguments are used to support belief in the historical Jesus. Anecdotal evidence is provided to convey the need for salvation offered by the eternal Christ. Accepted on these terms, faith will make sense to those who already believe.

These movies are unlikely to convert unbelievers, because they demand a type of belief in God that requires unassailable evidence.

However, these movies are unlikely to convert unbelievers, because they demand a type of belief in God that requires unassailable evidence. The problem is that for those who live a life of faith, certitude is something that we seldom find. Evidence for God's existence can always be questioned.

Where Christian movies get it right is in recognizing that the world needs depictions of people who are willing to perform the disorienting feat of living the Gospel. In truly following Christ, one inevitably winds up, at some point, defending an unpopular way of life.

The problem is not that we read the Bible, profess a God who is love and believe Jesus died for our sins. Conflict is not created by Christ teaching us to turn the other cheek and pray for those who persecute us; it is not incendiary to practice daily corporal and spiritual works of mercy. What Christians need to defend is our own inability to live our belief, to offer proof of Christ with our lives.

That we so often lack the capacity to live our convictions—to practice love, mercy, fidelity and self-sacrifice—leaves the outside observer wondering not if Jesus existed, but if faith really matters. Where is the proof for that?

Faith in Christ costs a person everything. As Christians we will be asked to profess the equally implausible beliefs that Jesus rose from the dead and that we are supposed to love our enemies and pray for those who persecute us. (Really, which is harder to believe?)

These are not merely words. We are asked to live by a Scripture and a code of virtue that we did not create, to dedicate our lives to service from which we may not benefit and to struggle daily to orient our actions to serving a God we cannot see.

The only proof we will ever have is observed in the power of Christ to transform the ways we live. The truth is that nothing other than the love of Christ, revealed in a Christian’s life, has ever, or will ever serve as proof for the existence of God. 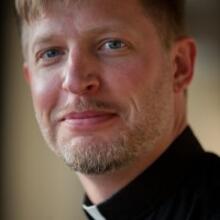 Love this line. "The truth is that nothing other than the love of Christ, revealed in a Christian’s life, has ever, or will ever serve as proof for the existence of God." Thanks for such a thoughtful piece.

The problem with that line and thought process is that it is antithetical to what God has already revealed to us as proof of His existence in: (1) Creation and (2) Scriptures. As Paul reminded the believers in Rome, anyone dismissive of God's eternal power and divine nature, clearly perceived since the creation of the world, are without excuse. He went so far as to say they dishonered God because they became futile in their thinking and their foolish hearts were darkened. Furthermore, Peter tells us that no Scripture was ever produced by the will of man, but by men as they were carried along by the Holy Spirit. Clearly, God has made Himself known in multiple ways. While Christ's love does work through His chosen people, by no means it the only way that has ever, or will ever, prove His existence.

The problem with the last sentence of this article is that the author denies the coming of the Son of Man, which Jesus Christ clearly said would come as a snare upon every person that lives on the earth.

"The truth is that nothing other than the love of Christ, revealed in a Christian’s life, has ever, or will ever serve as proof for the existence of God." Key words in the very refreshing and challenging last sentence of your article, Father Lickteig, are "serve as proof." Yes, Creation and Scripture are offered, but if we're talking about people today, they're probably not going to look to these for proof, much less conversion. Here's what a few notables have said on the topic: “The Christian ideal has not been tried and found wanting; it has been found difficult and not tried.” G. K. Chesterton. And, “I would have been a Christian if I hadn’t met one.” Mahatma Gandhi