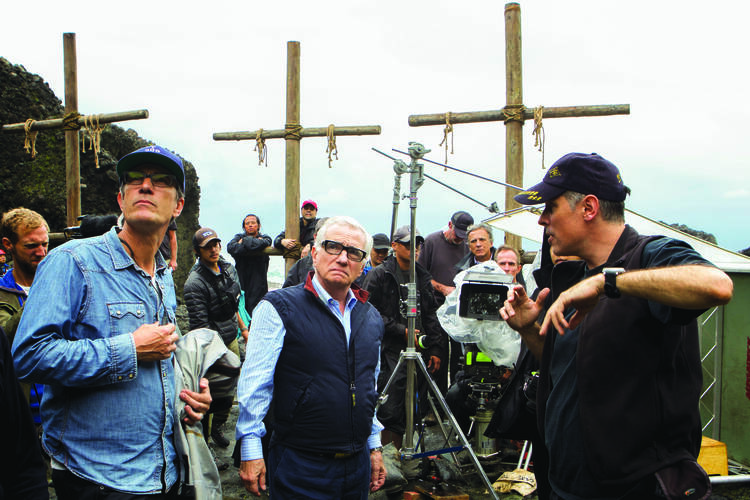 Martin Scorsese on the set of 'Silence,' a film based on the novel of the same name by Shusaku Endo.

Martin Scorsese’s latest film, Silence, will be released on December 23. The story follows a young Jesuit who travels to 17th century Japan, where Christianity is outlawed, to find his old mentor.

The film is based upon a novel of the same name by the Japanese Catholic author Shusaku Endo. In anticipation of the film’s release, America has gathered its coverage of Silence here. Check back for reviews, interviews and more news about the film.

Director Martin Scorsese sits down with James Martin, S.J., to discuss his faith, his films and his new movie "Silence."

A conversation between William Johnston, S.J., who has written extensively on Zen and Christian contemplation, and Shusaku Endo, recipient of America’s Campion Award in 1990. Father Johnston also translated 'Silence' into English.

Brendan Busse, S.J., interviews "Silence" star Andrew Garfield about his experience going through the Spiritual Exercises in preparation for his role.

Zac Davis reports on a special screening of "Silence" for 300 Jesuits in Rome, which was followed by a Q&A with the film's director, Martin Scorsese.

From 1969, America’s original review of ‘Silence,’ by William J. Everett

A profile of the struggling faith and fascinating work of Shusaku Endo.

A reflection on the life and career of Shusaku Endo, examining what made him “one of the most important Christian novelists of the 20th century.”