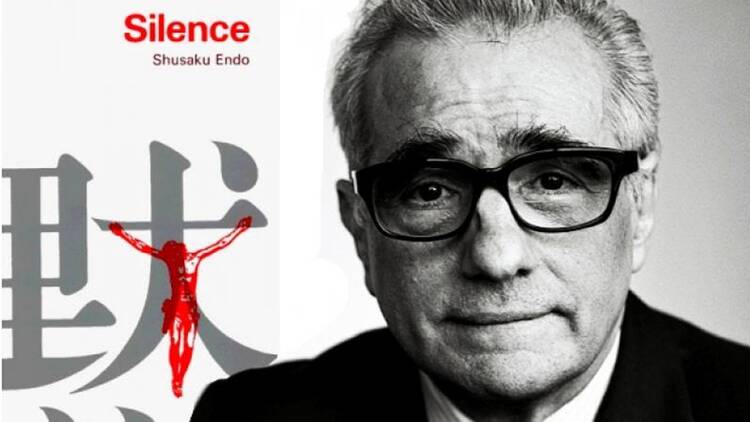 In most every Jesuit community around the world, the weight of thousands of books puts great stress on the structural supports of the building where the community lives. Most Jesuits have or hoard many books. Concomitant with these personal libraries there is always a bookcase of books that are up for grabs. Inevitably among the shelves of these books one will find a copy of the Japanese novel Silence.

By virtue of its reliable presence in these bookcases the book must have been a sensation in the 1970s and ’80s. The novel portrays two apostate Jesuit missionaries from the first half of the 17th century. It deals with doubt, human suffering and enculturation. Certainly, such issues were on the mind of many Catholics in the years following the Second Vatican Council. How could the church adapt to the reality of the modern world? How could so many priests and religious leave en masse? How would the church survive? How can the church respond to gruesome wars and human suffering in southeast Asia?

In September 1969, William J. Everett, a reviewer for America, wrote the following description of Endo’s novel:

Silence is on the surface, a historical novel dealing with 17th-century persecution of Christians in Japan. But it is probably more accurate, as well as more interesting, to take the work as a spiritual autobiography of the author, Shusaku Endo, himself a Japanese Catholic. Endo puts his intellectual misgivings about Christianity into the mouth of the foreign priest, while the sniveling Japanese informer, Kichijiro, gives expression to Endo’s basic emotions. Both Rodrigues and Kichijiro “betray” Christ; yet in spite of their treachery, they somehow cling to him in their hearts.

Endo’s concise novel takes on doubt, sin, human weakness, human suffering, religious humility and the power of Christ’s saving action in his passion, death and resurrection. These are human questions that haunted Endo as a Japanese Catholic in the 20th century. Silence remains a fascinating novel that resonates with contemporary religious experience. How does one cling to Christ amidst suffering and the silence of God? How can God allow the barbaric persecution of Christians in Iraq and Syria? How expansive, how sweeping is Christ’s saving action, and how can it encompass human treachery?

The book will soon become a sensation again: Martin Scorsese has made a film version that is scheduled for release at the end of the year. Scorsese, once a student at a minor seminary in Brooklyn, found himself captivated by the novel as well. The question haunting him was: How is God present in human suffering, especially in suffering that may involve—on the surface—a morally reprehensible choice that someone is forced into? Though Endo’s novel does not provide a definitive answer to the question that haunts many who believe and many who doubt, it does consider how Christ’s saving action in his death and resurrection might extend to Judas or human beings who reject the humility (maybe, silence?) of the crucified Christ yet yearn for his embrace at the same time. The novel considers how an immensely complex and conflicted human psychology might be reconciled to the divine through the immense theological complexity of Jesus’ suffering and death.

Silence is reminiscent of the structure of the Gospel of Mark—the story of Jesus’ passion with a brief preamble describing Jesus’ public ministry. Silence depicts the covert ministry of two Portuguese priests among groups of Japanese peasants clinging to their faith in Christ amidst persecution. The priests traveled to Japan to bring the sacraments to the people but also to gauge the truth of a report that one of their former teachers— a man known by his holiness—had apostatized while he was being tortured. The two younger priests are captured quickly, and the bulk of the novel describes the Jesuit Sebastião Rodrigues’s experience in captivity before his own dramatic moment of torture.

Beyond any set of theological questions, the novel is thrilling. It presents an imaginative landscape very different form our own Western one. It is a landscape where Christianity is viewed as a foreign pestilence that promotes a distorted understanding of human flourishing. Christianity is disappointing and so are its European purveyors. The novel rolls toward Rodrigues’s meeting with his Portuguese mentor from his seminary studies—a man who has become an ordinary Japanese. But the most meaningful encounter in the novel is between Rodrigues and an image of Christ that had been worn and warped by the trampling of a generation of apostates. In this encounter, God’s silence is broken.

In addition to some questions I offer below, I was fortunate to discuss Endo’s novel with Jim Keane, the acquisitions editor at Orbis Books. Our conversation is now available as a podcast. Jim knows a great deal about Catholic fiction, and I learned much from him about Endo’s relationship to Graham Greene and Greene’s novels.

Some questions for the Catholic Book Club:

1. Is this novel familiar? Have you already encountered this book in your own reading of Catholic novels?

2. What do you make of the ending? Is Rodrigues’s decision heroically Christian or wicked, weak and repellent?

3. Knowing the novel, what concerns or hopes might you have for Scorsese’s film version?

Show Comments (
2
)
Comments are automatically closed two weeks after an article's initial publication. See our comments policy for more.
Janean Stallman
6 years 2 months ago
Hi, Kevin, I just finished reading the novel and listening to the podcast. I had not read any of Endo's novels before, but I did start "The Samurai,"which deals with the 1600's in Japan. Now, I am more interested in finishing it. The podcast covered many of the things which I had thought about during my reading--the image of the face of Christ as imagined by Rodrigues, the comparisons between Kichijiro and Judas, and the way Rodrigues tries to identify himself with Christ riding on a donkey and other events in the life of Christ. But, one thing that I didn't hear discussed in the podcast was the idea of the suffering Christ and the Atonement. I thought of the Christ who speaks to Rodrigues in the end and tells him to trample on the fumie as the Christ who suffered and died for our sins. Rodrigues has this idea of the glorious martyrdom, that he wants for himself. He keeps trying to see himself with Christ or like Christ, and meditates constantly on what he imagines is the beautiful face of Christ. In the end, the face that he tramples on is a face that has been trod on before. It's an ugly face, like the faces of the peasants that have repulsed him. Perhaps the point that Endo is making is that Christ is really in the ugly faces of the peasants, the ones that truly do die for their faith, and that Rodrigues misses the point until the end, when he realizes that the God he has been worshiping in the churches is now different. He is the God of the ugly as well as the beautiful, and he is especially the God of the suffering. Rodrigues realizes that he and the ugly Kichijiro are the same. They are both guilty of self-love,only in different ways, but neither has the true love of Christ. The silence that endures throughout the novel is finally broken in the end, when Christ speaks to Rodrigues, to tell him that He came to suffer for a reason: to be the bearer of people's sinful behavior. Rodrigues can never be a Christ figure; he's not weak, he's prideful. My feeling is that Endo was trying to say something about the Church, that mercy and love were the true marks of a Christian, like Garrpe in his efforts to save the drowning peasants.In the end, I think Rodrigues' faith is deeped because he has learned that his Lord is different from the God that was preached in the churches at that time. Rodrigues is humbled, even though he is confused about his motives and actions. Perhaps he did do something for others, an unselfish act. I'll be interested in seeing if Scorsese's film leads the viewer to think that Rodrigues will follow Christ's path to a "glorious" martyrdom, and then be let down, as in the book, at the end. I will also like to see how the tone of silence is handled throughout and how the images of Christ look as they are imagined by Rodrigues. Thanks for selecting this read for the book club. It's a very thoughtful and thought provoking choice. Jeanie Stallman
Janean Stallman
6 years 2 months ago
I would like to add that from a literary standpoint, the ending is ironic. The true Christ is to be found in the ugly and suffering, and Rodrigues must humble himself and let go of personal glory to find Him.