Richard Ford: How to assess the contemporary short story

Richard Ford: How to assess the contemporary short story 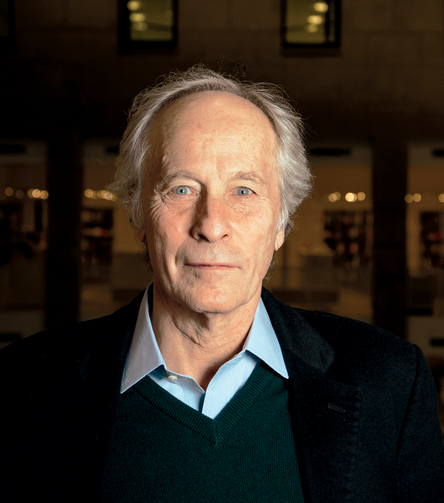 People often ask me (and you know when someone says that, no one has ever asked); but still, I am often asked if I think the short story is thriving in America. There is some fly-in-the-bottle—possibly quite insincere—anxiety that it might not be. A certain kind of person—often residing on the Upper West Side of New York, near Columbia University, and along the Connecticut shore of Long Island Sound—worries about such matters: The death of the novel. The watering down of the villanelle by countless writing workshops. Most of the people I know who write wonderful short stories never worry about this. So I can always confidently answer those who are worried that the short story is thriving.

There have never been alot of great short-story writers working in America at any one time—or in Brazil, or Canada or Uzbekistan; or a large number of great short stories being written. Ever. Read any magazine that publishes short fiction today—and by that I mean any magazine, including the one you probably all subscribe to—and you will see what I am saying is true. Like any other form of greatness, why would there be a lot of it? M.F.A. programs do turn out would-be story writers in large lots. And most of them are likely and harmlessly to fail to write one wholly good short story in their lives, nor to make a contribution to the form—except as readers. (Which is a contribution.)

But writing mediocre short stories is a victimless crime and has nothing pernicious to do with those few writers who will and do write them superbly: Alice Munro, Deb Eisenberg, William Trevor, Claire Keegan, George Saunders, Edward P. Jones. The value of literary art is not like gasoline prices. It does not fluctuate when the supply goes up or down. A good short story, like a good poem or a good essay, becomes everlastingly what good is. Much better, I think, to worry about the success of Donald J. Trump, or the fate of our republic or changes in the Catholic Church than about the future of the short story. And if you cannot help worry about the short story, then go sit down and write one. Because, if nothing else, making an effort to write a great short story will cause you to look all the more admiringly and with greater confidence at those who—by some rare magic—do it wonderfully.

I have, over the years, in addition to trying to be a short-story practitioner, been a short-story enthusiast and a conserver. I have edited TheGrantaBookoftheAmericanShortStory, both volumes, the BestAmerican and others. I have done this mostly to promote wonderful writers working in the form; and also to keep myself reading new work—a habit that can get lost in the hustle of one’s own writing life. I have also done it to make a few, piddling extra bucks so I do not have to do other really terrible things I do not need to mention. But each time I have sat down to write an introduction to the volumes I have edited, I have tried to do what these anthologizing tasks seem to ordain: I have tried to define the short story form.

Something about short stories seems to beg for defining. They beg for it in the way that novels do not. As readers, we let novels sprawl all over the beds where we usually read them. We can dismiss a novel as being inferior; yet when we think that, we do not usually assail its very novel-ness. We almost never snarl, “This is not even a novel.” Whereas with short stories we often do snarl, “This isn’t even a story.” I wrote once that when a novel has serious defects, its other formal strengths come to its aid; and with their assistance the book can still limp on to redeem itself. Tender Is the Night comes to mind—a busted narrative structure rescued by memorable characters and vivid prose. Or The Sound and the Fury—a truly nutty beginning rescued by Faulknerian bravado, giant passion and ambition, plus over-all weirdness. And Joyce’s Ulysses—which, as Samuel Johnson said of Paradise Lost, no one ever wished it were longer—a novel rescued (as far as I can tell) by college professors, the Irish themselves and by people who like to have something to hold over someone else.

But when short stories exhibit serious defects (implausible characters, implausible premises and endings, extreme brevity), they sort of stop existing as short stories and become just failures not worthy of notice. Like fireworks that do not go off.

Why is that? Maybe it is stories’ overall shortness that asks that they be put into a cramped, perfect-seeming jewel box in order to be noticed and appreciated. Like the diamond I give my wife. Or maybe it is their formal smallness. Typically, stories have few characters, few incidents, few settings; they generally involve a small span of time, often seem highly artificial but still want to produce an impact in one’s life. Maybe it is that which tempts us to dismiss them ruthlessly—some readerly skepticism about whether they are really worth our time: As if to say, “If you’re gonna be so small, you better be really good.” Both these lenses, through which short stories are seen as vulnerable, represent of course the corrosive gaze of the “purist”—always the first hater of truly imaginative literature while passing as its staunchest defender.

But, back to task—to define a short story. Was a short story a prose narrative of something under 5,000 words? Did it contain only one dramatic event? Need the number of characters be confined to just a few? Were there limited settings? Limited chronological time schemes? Did you have to be able to read one “in a sitting?” Did the whole story have to be secretly coiled up in its first paragraph only to strike in its last? I had a teacher who told me once that a short story “shouldn’t contain a death.” He did not say why. So much, then, for Frank O’Connor’s great story “A Guest of the Nation”; so much for Hemingway’s “Short, Happy Life of Francis Macomber.”

Thinking further, did there have to be an epiphany somewhere, like in Dubliners? And were there particular subjects that were especially appropriate for short-story treatment? War? Sex, maybe? Infidelity? The same Frank O’Connor in his introduction to his influential book of essays, The Lonely Voice, said short stories always concerned what he called “submerged population groups.” Of course, he did not take into account that he was Irish and an apostate, divorced Catholic on an isolated Catholic island—and was thus himself a member of a rather submerged group. He can be forgiven for trying to rationalize his personal circumstance in his literary criticism. But I do not think he was right. Just think about the stories of John Cheever or Alice Munro.

For every observable tenet I can come up with for short stories, I can always think of a really good story that ignores or violates all my attempts at a generally workable definition. Like most things in art, the rules are constantly being defeated by some dazzling piece of imagination. And as someone who would write stories myself, I do not want to pronounce a supposedly defining limitation that could discourage someone who wants to write a short story but finds his or her idea of what a story is does not fit my template. Art’s goal, if it would seem to circumscribe the imagination, does so only to free and quicken it. The urge to define always gives way, as it should, to the thrill of excellence.

What I have ended up doing, and not at all frustratedly—in truth, victoriously—is defining a short story only by its length. A short story is a prose narrative that is short. How short? Well, that is tricky. Shorter than a novel? Okay. Shorter than a novella? Often—though we are even less sure about the definition of novellas than we are about short stories. But short in a permissive sense of shortness, a sense that favors the maker’s decisions and requirements rather than the pseudo-critic’s, and one that assumes we will all be the better, as readers, if we let the maker tell us what a story is by giving us one to read.

You can tell I am not going to pronounce a better definition of short stories than this, or argue what I like about them by proving I do not. What I do like in a story is that precipice-feeling, the sense, when you read one, that it risks its own extinction by being small. And within that relative smallness, I like stories that instantly suppress my native resistance and authoritatively subordinate me to their formal requirements and authorize all my responses. I like stories that demonstrate an awareness of their own existence as artifice and make me hold the fact of their artifice pleasurably in my mind while they muscle me around where they want me to go and still seem somehow as plausible as my own life. I like stories that understand that they are husbanding my precious attention and need therefore to give me back something important. And I like stories that are up to telling me directly something important about life, something that I did not know and in language I can understand and that gives me pleasure when I learn it. That is what great storytelling is—for me. Some of my likes, you can tell, are not the exclusive province of short stories but also come along in novels and novellas and villanelles and sestinas. And why not? As readers, we are only here for the good stuff. We do not care all that much for what the package looks like.

In The Lonely Voice, back in the 1960s, Frank O’Connor wrote that the short story was our “national art form” in America. He wrote this purely because he did not mean it—and in his paradoxical, County Cork way, knew no one would believe it. The Irish, he believed but did not say, had it all over us Americans. Only, art is not a competition. Art aspires not to be better than something else—but only to be excellent in its own terms. To be absolutely—not comparatively—good. Again, to be what good is.

This article also appeared in print, under the headline “Words Count,” in the April 18, 2016, issue.

Richard Ford, author of five collections of short stories and eight novels, is perhaps best known for his novels about Frank Bascombe, beginning with The Sportswriter (1986). He has won the Pulitzer Prize and many other awards.