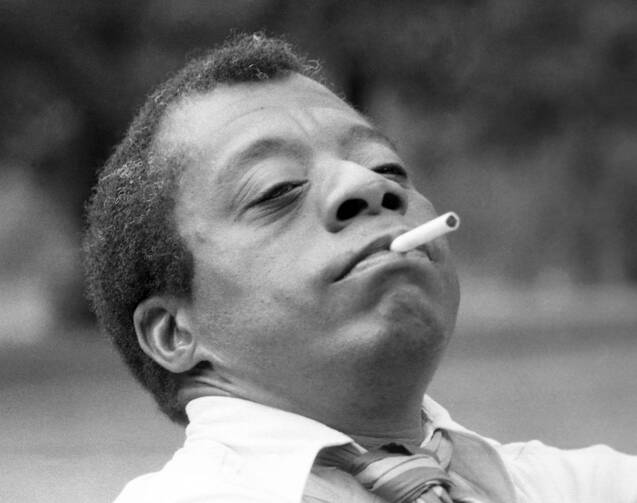 James Baldwin, born in Harlem, N.Y., in 1924, was one of our greatest African American writers. With his focus on race and sexuality, Baldwin fiercely addressed the stigmas associated with these two categories, spoke truthfully on racial tensions within the United States during the mid-20th century and challenged ideas and norms surrounding sexuality; he particularly addressed homosexuality within the African American community. Despite being one of the most prolific American writers, the presence of Baldwin’s work in U.S. classrooms has declined. According to a recent piece for The New York Times by Felicia R. Lee (4/25), this decline is occurring because many parents and instructors find Baldwin’s multifaceted, racially charged work too complex for pre-collegiate literature classes.

I first encountered Baldwin in my senior year of high school, when my Advanced Placement literature class read Go Tell It On The Mountain, his semi-autobiographical tale of John, a 14-year-old finding and questioning his identity while growing up in Harlem during the 1930s. In one of my favorite passages from the novel, Baldwin describes the turmoil John feels when presented with a future he is unsure of:

But he did not long for the narrow way, where all his people walked; where the houses did not rise, piercing, as it seemed, the unchanging clouds, but huddled, flat, ignoble, close to the filthy ground…. In the narrow way…there awaited him only humiliation forever; there awaited him, one day, a house like his father's house…and a job like his father’s, where he would grow old and black with hunger and toil…. And then what of his soul?

I found myself drawn to not only Baldwin’s prose, but also the journey he presented. As a teenager in New York City, I found parallels between John’s life and my own; he was uncertain of his future, I was uncertain of mine too.

Yet, thanks to Baldwin, one thing for me was settled: I decided to study literature in college. This decision was reinforced as I delved more and more into Baldwin’s writing, particularly Notes of a Native Son. In this collection of essays, Baldwin focuses on themes like the role of race in his life and his relationship with his father. Baldwin compared racial awareness to a “fever.” He realized that this racialized identity was not something he signed up for, but rather something imposed upon him. He writes: “It can wreck more important things than race relations. There is not a Negro alive who does not have this rage in his blood—one has the choice, merely, of living with it consciously or surrendering to it. As for me, this fever has recurred in me, and does, and will until the day I die.”

Reading Baldwin presented me with a culture and city in which I had grown up but never fully understood.

The first Baldwin novel I read for a college course was Giovanni’s Room (Vintage Books produced the latest edition of this work in 2013). In this novel, the author describes David, an American man who flees the United States to Paris. Once in Paris, David begins an affair with an Italian man named Giovanni. The entire novel is seen through David’s perspective, which allows Baldwin’s audience to watch as the protagonist struggles with the tension created between his homosexual identity/love for Giovanni and the heterosexual identity he tries to adopt. Baldwin, who was himself gay, wrote Giovanni’s Room during a time in which it was difficult to be both black and gay.

I had an opportunity to study Baldwin’s work in high school and college, but sadly today’s students may not have the same chance. According to the Times article, titled “Trying to Bring Baldwin’s Complex Voice Back to the Classroom,” Baldwin is excluded from the Common Core State Standards for English Language Arts and Literacy, which leads many instructors to overlook Baldwin’s work when creating syllabi for their students. This is unfortunate.

Reading Baldwin presented me with a culture and city in which I had grown up but never fully understood. He described New York City and African American culture in ways I had not encountered before. His writing offers not just diversity but also social critique. In an introduction she wrote for the new edition of Jimmy’s Blues and Other Poems (Beacon Press, 2014), the poet Nikki Finney describes the influence Baldwin had in the early stages of her writing. “In his work he remained devoted to exposing more and more the ravages of poverty and invisibility on Black and poor people of poverty,” Finney writes.

The work of James Baldwin should be more present in U.S. classrooms and added back to the Common Core. Khalil G. Muhammad, director of the Schomburg Center for Research in Black Culture, says that the often inflammatory and controversial context of the late author’s writing should be explained to students. By teaching Baldwin to kids as young as eighth graders, Muhammad believes educators can present them with the opportunity to “understand history and to articulate and communicate the conditions of their lives.”

James Baldwin once said, “American history is longer, larger, more various, more beautiful, and more terrible than anything anyone has ever said about it.” We should remember that part of learning is delving into both the “beautiful” and “terrible” aspects of our history.

Olga Segura is an assistant editor at America magazine.

Olga Segura
@OlgaMSegura
Show Comments (
1
)
Comments are automatically closed two weeks after an article's initial publication. See our comments policy for more.
ron chandonia
8 years ago
I had the opportunity not only to read Baldwin but to meet him and listen to his ideas off-the-record. He was at least as brilliant and compelling in the "unedited" version. GO TELL IT ON THE MOUNTAIN is not just a masterpiece of English literature but a masterwork of Christian literature as well. I wish it were required reading in theology classes.