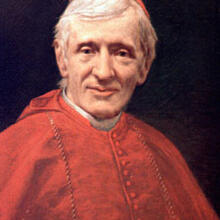 When the pope beatifies or canonizes someone, he brings to culmination a long, difficult and intricate process of investigation. It is a pity that some Catholics, especially in English-speaking countries, have lost interest in the saints. This is partly due to pious hagiographers who, lacking historical expertise, have presented a perhaps distorted image of persons who are in fact quite attractive. It can be safely affirmed that no one would be declared a saint unless he or she were attractive, and if you bear with me as I go through the steps leading to canonization, I think this will become evident.

Where does the process of making a saint begin? It begins with the faithful themselves and their relationship to the potential saint. Certain of God's faithful become attracted by the personality and heroism of another person, and in their esteem for that person they experience a desire to follow that particular way to holiness. They come to the point where they think it right to ask that person's help. When the faithful are thus moved to know one of God's especially gifted and to seek the benefits of his or her intercession, it is not done out of superstition. According to theologians, the desire arises out of a special type of knowledge similar to that by which a person makes a living act of faith in Christ. Just as Christ is not only a historical personality belonging to the past, so the potential saint is someone who is vitally present in the contemplation and the inner "sight" of fellow Christians who are moved by faith, hope and love.

The faithful take it for granted that the potential saint is a friend whose life stretches beyond the limits of his or her earthly existence. When this devotion and attraction becomes widespread, it comes to the attention of the church hierarchy. The hierarchy cannot ignore a devotion that, if authentic, has its origin in the action of God in human hearts. The church therefore must discern whether a genuine or specious reputation for holiness is present, and whether that reputation is based upon a true and objective heroicity of life, which is the hallmark of the saints. If this investigation is begun within 20 years after the death of the esteemed person, it is handled according to what is called the ordinary process. If, however, many years have gone by so that there are no or relatively few persons alive who would have known the subject intimately, then the cause must be conducted as a historical cause.

In either case, any published or unpublished writings of the candidate for canonization must be examined to see if there is anything contrary to the accepted teaching of the church on faith and morals and if there is any evidence or indication of holiness contained in those writings.

In an ordinary cause, such as that of the recently beatified Edith Stein, witnesses who knew the candidate are interviewed in order to establish the presence of a genuine reputation for sanctity. It must be shown that the candidate lived a life of more than ordinary Christian holiness, that indeed he or she practiced the theological virtues to a heroic degree.

In a historical cause such as the case of Cardinal John Henry Newman (1801-90), the investigation into the life, virtues and reputation for holiness is carried on by an examination of written documents, since there were few living witnesses who could be interviewed. To conduct this investigation, a Historical Commission was appointed by the Archbishop of Birmingham consisting of myself, J. Derek Holmes, an ecclesiastical historian, and Gerard Tracy, a historian and archivist who is librarian of the Birmingham Oratory. I served as chairman of the commission.

In May 1986 the commission completed its work. The material collected contains samples of different facets of Cardinal Newman's reputation for sanctity. To secure this evidence the commission examined both printed and manuscript sources. Among the printed sources were memoirs, biographies, autobiographies and editions of letters by Newman's contemporaries. It also examined newspapers (particularly those containing obituaries of Newman), relevant articles in both contemporary and later periodicals, biographies and studies about him, and reviews of the major biographies.

Manuscript material researched at the Birmingham Oratory Archives included the following: 68 files of "Miscellaneous Letters," containing letters from occasional correspondents, usually strangers, that are rich in evidence of Newman's spiritual influence; 171 files "Personal Collections," valuable for the evidence yield of Newman's continuing influence over friends and colleagues; 76 files of "Various Collections," showing the beneficial influences exerted upon the faithful by works such as the Apologia, Letter to Pusey and Letter to the Duke of Norfolk. These three collections of letters written during Newman's lifetime are estimated to number 50,000 to 70,000.

In addition, the commission likewise examined 51 files of correspondence bearing upon a variety of matters concerning Newman's life and writings--all written after his death. These letters were addressed to the Rev. William Neville, Newman's literary executor in the years just after his death, and subsequently to other Oratorians, usually those directly concerned with the study of Newman--Joseph Bacchus, Henry Tristram and Stephen Dessain. Throughout this estimated 70,000 to 90,000 letters, plentiful evidence was found for a genuine reputation for holiness. The commission also went through 15 files of letters reporting favors attributed to Newman's intercession, three files of letters addressed to the first vice-postulator expressing interest in and support for the cause and also giving evidence of devotion, and eight files of letters addressed to the office of the Friends of Newman and to the second vice-postulator. These contained ample evidence of devotion to Newman in recent years and of widespread support for the cause. Finally, documents in other archives and libraries offered further evidence from contemporaries of Newman.

THE COLLECTED EVIDENCE was arranged chronologically from 1835 to the present. One aspect, however, was treated separately from the rest: the evidence for canonization, meaning those documents specifically indicating that Newman would or should be canonized. It must be remembered that the question of canonization was not familiar in 19th-century England when the Catholic Church still comprised a largely unknown minority and, indeed, raised certain suspicions in the English mind. Yet at the time of Newman's death, the idea was raised spontaneously in the national press. Some obituaries argued that Newman was canonizable, and others were convinced of the likelihood of its happening, and this included the distinctly non-Catholic papers. Even the staunchly protestant Evangelical Magazine declared: "Of the multitude of saints in the Roman calendar there are very few that can be considered better entitled to that designation than Cardinal Newman."

Decades earlier, Frederick William Faber, a leader with Newman in the Oxford Movement, had claimed that the Cardinal was the man of the 19th century most likely to be canonized. This he affirmed on more than one occasion. After Newman's death, the suggestion for his canonization occurs in private correspondence, and in 1907 a future Archbishop of Birmingham expressed his continual hope that Newman would be "the first canonized saint of the Second Spring." The tremendous and overwhelming response to the first published appeal for Newman's canonization in 1941 revealed how strongly that hope had continued to be nourished in the 20th century. Ever since the introduction of the cause in 1958, expressions of support have been continuous and widespread, not only in English-speaking countries but in Germany, France and Italy as well.

Newman's spiritual influence is overwhelmingly testified to during his lifetime, at his death and since his death, including this very year. One recurring assertion cannot be forgotten: "I, like thousands of others, owe my soul under God to Newman." This has been affirmed by Catholics, non-Catholic, priests, religious and lay persons.

What were some of the particular facets of Newman's sanctity that struck his admirers? One was his otherworldliness. A contemporary of Newman pointed out that "no one has made us feel as he has done the detachment of the pilgrim from all earth's closest ties." Those who heard Newman preach were particularly struck by the feeling that he had a vivid perception of the invisible world, some even expressing the belief that he had been given a glimpse of heaven. This otherworldliness was combined, as many said, with an intense interest in the affairs of this world. Still others were struck by Newman's tremendous simplicity and forthrightness, his honesty and sense of justice, his deep and profound humility. The commission discovered that Newman was particularly reticent about his gifts of material help to the poor. There is hardly any mention of it in his letters and diaries, but it was remembered in Birmingham by the recipients of his charity and testified to by Father Neville.

During Newman's lifetime both Catholics and non-Catholic who felt spiritually indebted to him sought autographs or signed photographs with his blessing. At the time of his death--though somehow I was not expecting this--requests were made to the Oratory for relics, and before the burial, religious objects were both sent and brought to be touched to the bier.

The commission submitted its material bound in fascicles--sections of documentation--of 80 to 90 pages each. Three sets of 76 fascicles each were assembled from our research: They totaled approximately 18,000 pages. These included six fascicles with regard to the history of the cause, 22 fascicles dealing with the life and virtues of Newman, 17 fascicles containing evidence of Newman's reputation for sanctity and 20 fascicles presenting evidence of his spiritual influence, including samples of favors attributed to his intercession. Finally there were 11 fascicles containing the censor's reports on Newman's writings. Here the commission was aided by other people. Censorship was no small task considering that the published works of Newman range around 90 volumes and that for each work two censors were required.

All the material was presented to the Diocesan Tribunal in Birmingham and then forwarded by the tribunal to the Congregation of Causes. Shortly afterward I was appointed Postulator of the Cause. The most important part of my work is to write what is called the positio, the case for Newman's sanctity, drawn from the materials collected by the commission. The positio wilI be examined by various committees within the Congregation of Causes. These committees will make the decision whether or not to recommend to the Holy Father that the virtues of Newman be declared