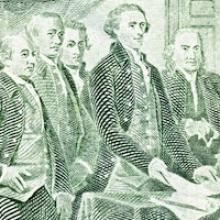 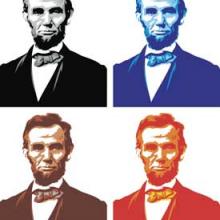 Culture
The Faith of Abraham: God and the Great Emancipator
Thomas R. MurphyAugust 03, 2009
God and the Great Emancipator
Books
The Great Debates
Thomas R. MurphySeptember 01, 2008
'Lincoln and Douglas,' reviewed
Books
Two Parts of Four Million
Thomas R. MurphyFebruary 18, 2008
As the 150th anniversary of the Civil War approaches we also anticipate the 75th anniversary of a remarkable transformation in the historiography of the abolition of American slavery In the late 1930s the Works Progress Administration decided to conduct interviews with the last surviving former s
Arts & CultureBooks
Resting Places
Thomas R. MurphyNovember 13, 2006
In 1969 the Apollo astronaut Edwin Aldrin described the ldquo magnificent desolation rdquo of the moon As the United States reflects on its lengthening wars in Iraq and Afghanistan this Veterans Day the issue of how most appropriately to honor soldiers who have died in battle is elevated profoun
Arts & CultureBooks
The Great Commoner
Thomas R. MurphyMay 29, 2006
The historical reputation of William Jennings Bryan has not been a distinguished one He is ridiculed for losing three presidential elections He is often presented as a reactionary spokesman for a dying rural culture that resisted yielding to the progress of urbanization His opposition to American