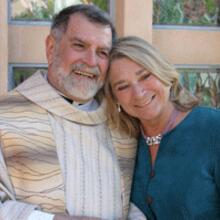 Earlier this year, Father Alberto Cutié, a popular radio and television personality in Miami, found himself the subject of tabloid headlines when he was photographed relaxing on the beach with a woman who turned out to be his longtime girlfriend. Shortly afterward, he announced that he was leaving the Catholic Church to become an Episcopal priest, and in June he and his girlfriend were married in a civil ceremony. The reasons Cutié gave for his conversion to the Anglican Communion were not theological in nature; his primary motivation seemed to be to free himself from the celibacy requirement that the Catholic Church demands of its Latin Rite priests.

How unique is Cutié’s story? How many other Catholic priests have left the church for another denomination in order to marry? Could Cutié’s conversion signal the beginning of another wave of men leaving the priesthood? Until November 2008, when I completed my dissertation on the transition of celibate Catholic priests into married Protestant ministry, it would have been impossible to address these questions. The data I collected over the course of a year allowed me to conduct the first-ever analysis in this field.

Though many social scientists (including my granduncle, sociologist Joseph Fichter, S.J.,) had studied the phenomenon of priests leaving ministry since the late 1960s, I could not find a single research project that dealt with this specific subset. Not even the most elementary demographic data were available. How many Catholic priests chose to become Protestant ministers? From which branch of the priesthood (diocesan or religious) did they originate? What Protestant churches did they choose to join? All of these questions were unanswered.

In his 1961 book Religion as an Occupation, Fichter noted that some “ex-priests” chose to continue their pastoral work in Protestant ministry, but cited only two examples. In Married Catholic Priests: Their History, Their Journey, Their Reflections (2004), Anthony Kowalski writes of “many” who have married and now serve in mainline churches but mentions only five Episcopalians and two Lutherans by name. Certainly there are more but no one seems to know exactly how many. Are there 50, 500, 5,000?

Thanks to information gathered from the research offices of the five mainline Protestant Churches (Congregational, Episcopal, Lutheran, Methodist, Presbyterian), I was able to identify 414 such men in the United States. Following the advice of the late Dean Hoge, I did not contact the Baptist Church or any of the hundreds of small Protestant denominations, presuming that very few Catholic priests would be inclined to join them.

Nearly one-third of the 414 former Catholic priests now serving in Protestant ministry agreed to participate in my survey. Of the 131 respondents, 105 (80.2 percent) became Episcopalian, 15 (11.5 percent) Lutheran, eight (6.1 percent) Congregationalist, and three (2.3 percent) Methodist. I found a 40-year age range: the youngest was 42 and the eldest 82. Their mean age was 62.8 while the median was 64.

The “typical” participant in my study, therefore, was born around 1944. If we divide his life into seven 9-year periods, we find him immersed in Catholic devotions and rituals during the first two timeframes. His service as an altar boy and the encouragement he received from the nuns facilitated his entry into the seminary at the age of 18 in 1962. He dedicated the third period of his life, during the heyday of Vatican II, to preparing for ordination at the age of 27 in 1971. He spent the fourth phase in active Catholic ministry and struggled with his commitment to celibacy. At the age of 36 in 1980, at the beginning of the fifth period, he resigned from ministry, got married, worked for a few years in a non-ministerial job, and eventually began his journey to his new denomination. From 1989 to 2007, he served as a married Protestant minister, twice the amount of time he spent as a Catholic priest.

Many respondents spoke at length about the critical decision-making juncture of their lives. Most described it, as did Alberto Cutié, as a heart-wrenching process. A former diocesan priest, who now serves as a Congregationalist minister, said:

I had such a nervous encounter with my bishop and with my parents. It was a period of constant headaches. It was a very difficult decision. I was so torn between Sally (pseudonym) and celibacy. When I finally resolved the dilemma, the headaches stopped… It truly was an agonizing decision. I still recall how poorly the bishop treated me. I felt that he really didn’t care about me. I remember my mother saying, “But you are one of the good ones!” I told her that I just couldn’t do it anymore. In the end, both of my parents were very supportive; I was blessed with two great parents. It was an agonizing decision especially after spending eight years in the seminary and nine years in ministry.

Once they began to doubt their commitment to celibacy, most participants began weighing the choices before them. One was to “bite the bullet” and remain a celibate Catholic priest. A second option was to seek a dispensation and thereby enter into a Catholic marriage, but in the process forfeit their beloved ministry. The third alternative, the one that Cutié and the survey respondents chose, was to renounce their Roman Catholic affiliation in order to enter ministry in another domination.

When asked why they made the transition, six out of ten respondents cited celibacy. “I joined the Episcopal Church because I wanted to have the option of being married,” one participant wrote. Some conveyed a deep attachment to the Catholic Church: “My only reason was so that I could get married. Otherwise, I would have stayed.” For the majority, becoming Protestant only occurred after they married. In general, the respondents did not resign because they disliked ministry or had failed at it. Had the pope allowed them to marry, many would have stayed. Three of the respondents stated that they would return to the Catholic priesthood today—if they could bring their wives along with them.