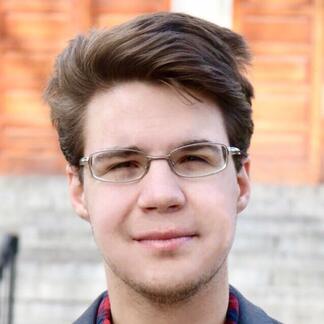 Arts & Culture Books
Review: Jim Forest’s new memoir delves into his ‘unusual conscience’
Ryan Di CorpoApril 24, 2020
Jim Forest's memoir functions as both a personal history and a snapshot of a tumultuous era in American society—the 1960s—when Forest solidified his opposition to unjust war and his faith in active nonviolence.

Politics & Society News
What will happen to people who are homeless as Covid-19 crisis continues?
Ryan Di CorpoApril 03, 2020
Msgr. Kevin Sullivan, the executive director of Catholic Charities of New York, said that the needs of the homeless—for shelter, food and mental health assistance—have not changed during this time of crisis.

Faith News
Joseph A. O’Hare, S.J., former editor of America and president of Fordham, dies at 89
Ryan Di CorpoMarch 30, 2020
Matt Malone, S.J., remembered Father O’Hare as a “towering figure in the history of America magazine…insightful, warm and friendly, a world-class raconteur with a spellbinding Irish charm.”

Arts & Culture Film
The Top 25 Films from the Last 25 Years
Ryan Di CorpoMarch 27, 2020
One hundred years after the birth of cinema, the Vatican released a commemorative list of 45 great films. Now, 25 years later, America Media is here to expand the Vatican’s list with the most groundbreaking, impressive and beautiful films released since 1995.

Faith News
With Masses cancelled, how can Catholics practice their faith from home?
Ryan Di CorpoMarch 19, 2020
“You can meditate on the Sunday Gospel on your own, consult a Bible commentary about the readings, gather your family to talk about the Gospel or call friends and share your experiences of how God is present to you, even in the midst of a crisis,” James Martin, S.J., wrote.

Faith News
U.S. dioceses suspend Masses and close churches as coronavirus pandemic escalates
Ryan Di CorpoMarch 13, 2020
The Archdiocese of Seattle has been joined by numerous other dioceses, including those of Little Rock, Salt Lake City, and Santa Fe, in canceling public Masses. Major archdioceses, such as in Chicago and Newark, have undertaken similar precautious.