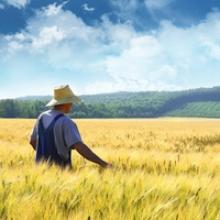 From a Colleague Down the Hall: Tribute to Robert F. Drinan
Ladislas OrsyFebruary 26, 2007

The door of his office is now locked. He used to keep it open all day for passersby to drop in. The worldwide “Map of Human Freedom” is still on it, but otherwise stillness surrounds it. We, his neighbors down the hallway on the fourth floor of Georgetown University Law Center, expect him to burst out from behind the piles of books and papers. But nothing moves. The day when he was taken to the hospital, when he could barely stand, he fought bravely for his right to teach his class, but he lost out on that. A week later, after a deep breath, he rested.

Ever since, at this “seat of legal learning” close to Congress and courts, simple messages are hitting our computer screens. They are not coming from high places; they are unsolicited. His colleagues are sending them. They do not want to lose the memories of gentle exchanges and comforting conversations with “our Bob.” Those senders, mind you, are lawyers and critical scholars practiced in discerning the real from the fake.

One “daughter of a Catholic and a Jew raised in a secular faith” writes: “In recent months Father Drinan felt ever more fragile when I hugged him, so I knew this time would come…he was ready to meet his Maker…but I am not ready to say good-bye to the corporeal form of a being who inspired me and so many others every day.”

Our Robert’s interest in people, however, went well beyond academia and reached right into the heart of his friends’ families. “It is natural,” a new father tells us, “that he would be central to the most important event for our family—the recent birth of our son; his calls, his prayers and his cheer were a constant part of our transition.” And a mother reports, “He blessed and welcomed my Jewish children when they were born, and he blessed and helped us to say good-bye to my son when he died.”

The man so skilled in politics possessed an innocence that captured the attention of children. “He had an amazing and natural talent for talking with my children, taking them seriously,” a parent testifies. Children, of course, grow up, and they may even cause problems, so another adds, “He counseled me with my daughter (teenagers can be difficult).”

When a tragedy hit a family he was there. A grandfather-professor remembers, “When my son died at the age of 40…leaving his wife, Mary, with two young children…although he never met Mary in person, he spent hours on the phone with her…and consoled her (as he had done with me).” A colleague adds, “When my cancer developed, he was even more present.”

But that is not all. “He would write thousands of letters each year to encourage and support a diverse group of people,” reads a message from the office of the transcribers of his dictations. He helped others to get credit. A nationally respected scholar confesses, “The first time my Mom felt I was a person of substance was when Bob said hello to me at a meeting in Miami.” I wish I could quote all the messages.

This sums up the common sentiment: “‘How are we doing?’ is how Father Drinan would invariably greet me…the ever present ‘we’ stressed our shared community. He made it clear that we were all an important part of his life.” And another quote for good measure: “He treated my wife as the Catholic that she was, and respected me for the Jew that I am.”

What is behind all these praises? Who was this Robert Drinan down the hallway? He was a good man with a boundless capacity to give. Aristotle stated, and Aquinas concurred, that goodness cannot contain itself: it is expansive by nature like a wellspring with unlimited supply. Father Drinan may not have thought much about the theory, he just did it. He was giving in abundance from his own internal resources. When down the corridor he met a befuddled youth, or an adult burdened with pain, or any human being in distress, the world’s problems rested, the academic discourse stood still, and he focused on the person in need.

As a young Jesuit, Father Drinan spent a year in Florence, Italy. He probably read in Dante’s Divine Comedy about “the love that moves the sun and all the stars.” And he set out on an adventure to mend this broken world. He did it by loving and giving. (The two are the same, because love is effusive.) And give he did, patiently and impatiently, perfectly and imperfectly, gently and abruptly, but with no limit to all and sundry.

Someone put a note on his door:

You will be missed by many.

A Time to Ponder
Ladislas OrsyFebruary 05, 2007
More than 40 years have passed since Nov. 21, 1964, when the bishops assembled at the Second Vatican Counil—after much argument and amid great rejoicing—approved solemnly the “Decree on Ecumenism.” Ever since, we have paused from time time to ponder, trying to assess our prog 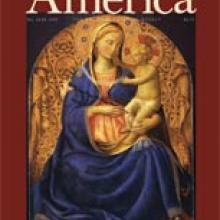 Faith in Focus
Christmas: Wonderful Exchange
Ladislas OrsyDecember 19, 2005
"When peaceful silence lay over all, and night had run half of her swift course, your all powerful word, O Lord, leaped down from heaven from the royal throne” (Wis 18:14-15) “...and Mary gave birth to a son, her first born. She wrapped him in swaddling clothes, and laid him in a ma

Faith in Focus
The Source of Our Hope
Ladislas OrsyDecember 12, 2005
We are pilgrim people, marching through time but anchored in eternity. We are waiting for a new life to unfold as we celebrate a life that we already own. This is our Christian existence. The gift of hope keeps our eyes on the future; that same hope secures our existence here and now. Hope has an im

Faith in Focus
The Virtue of Hope
Ladislas OrsyDecember 05, 2005
The mark of authentic Christianity has always been a paradox: it is thoroughly rooted in the earth (God’s creation) and entirely bent on moving toward heaven (God himself). It is a dynamic balance if there ever was one. The virtue of hope is not different. How could it be? It is as human as ca

Faith in Focus
To Live Is to Hope
Ladislas OrsyNovember 28, 2005
We are pilgrim people. So the Second Vatican Council proclaimed 16 times in its documents. Ever since Catholics heard these words, they have echoed them in songs and chants: we are pilgrims on the march, “for here we have no lasting city, but we seek the city which is to come” (Heb 13:14

A Matter of Justice
Ladislas OrsyApril 16, 2001
The trial (yes, trial in the full legal sense) of Jacques Dupuis, S.J., has been concluded, and the author of a pioneering work, Toward a Christian Theology of Religious Pluralism, has been cleared of the suspicion (or was it a charge?) of having deviated from the Catholic faith. He is free to have

In Dialogue
Avery DullesLadislas OrsyNovember 25, 2000
When I discovered that Ladislas Orsy, S.J., had written such a lengthy response (10/21) to my article on the papacy for a global church (7/15), I wondered how I could reply with reasonable brevity. But when I read his piece, I came to realize that I had in effect answered him already, in the very ar