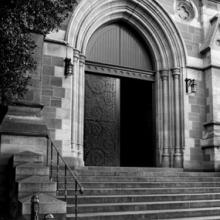 A Phantom Crisis: Are Catholics leaving the church in droves? Not really.
Mark M. GrayJoseph Claude HarrisJuly 21, 2008
Is the Pew Report right about the exodus of Catholics from the church?

The Disturbing Trends Behind Parish Closings
Joseph Claude HarrisMay 02, 2005
The Archdiocese of Boston recently completed an evaluation of the demographic and fiscal viability of parishes that resulted in a 25 percent reduction in the number of parishes. A principal reason for initiating this reconfiguration process was the fact that one-third of the pastors in Boston are ov 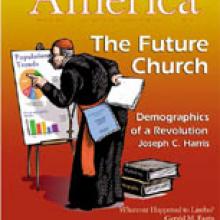 The Future Church
Joseph Claude HarrisMarch 18, 2002
Peter Drucker, writing in the Nov. 3, 2001, issue of The Economist, described a revolution that will cause a restructuring of European and American economies and cultures for much of this century. In the developed countries, the dominant factor in the next society will be something to which most peo

The Call for Debt Forgiveness
Joseph Claude HarrisAugust 13, 2001
Bishop James Hoffman of Toledo, Ohio, recently cancelled more than $1.38 million in delinquent debts owed by 24 parishes and institutions in his diocese. The parishes had incurred these obligations by not paying assessments—for example, for insurance coverage secured on their behalf by the dio 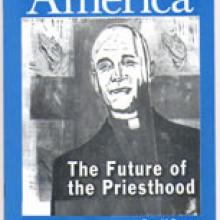 The Shrinking Supply of Priests: The number of ordinations is not keeping up.
Joseph Claude HarrisNovember 04, 2000
American bishops discussed research describing changing parish staffing patterns at their national convocation in Milwaukee on June 15-17. The three-hour deliberation considered data showing that the number of priests continues to decline, while parishes are hiring more and more lay ministers. Archb

Are American Catholics in Decline?
Joseph Claude HarrisJune 03, 2000
Professors Rodney Stark and Roger Finke, who teach sociology at the University of Washington and Purdue University respectively, think the Catholic Church will suffer membership reverses characteristic of mainline Protestant denominations. The two professors offered the following observations on the