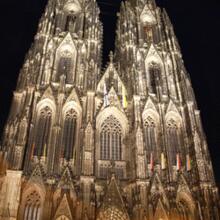 According to Cardinal Joseph Ratzinger's recent instruction on my calling, we theologians are not to be seen or heard in the public media. We are to carry out our squabbles in code, in the pages of esoteric journals. If we have any complaints with official doctrine, we are to communicate them to the proper authorities behind closed doors, in secret. That's the theory. But on Dec. 13, for the second time this past year (see AM., 8/18/90, pp. 76-77), members of my professional group, the Catholic Theological Society of America (C.T.S.A.), spoke out, inevitably on the airwaves, criticizing Vatican actions and procedures in four areas of concern—the collegiality of bishops, the relation between the magisterium and theologians, women in the church and ecumenism. Provoked by Rome's treatment of Archbishop Raymond Hunthausen and the Curran case among other incidents, the C.T.S.A. censure had been brewing for some time—but the incentive to go public came from the other side of the Atlantic.

Of Many Things
Of Many Things
David S. ToolanNovember 26, 2001
My mind stopped somewhere short of Washington’s resolute war planners. The equation of a tooth for a tooth, an eye for an eyeI have no heart for it. Nor does my mind close around the vague and faceless enemies that we have sent our aircraft carriers to pursue in the Middle Eastor farther east

Of Many Things
Of Many Things
David S. ToolanOctober 22, 2001
It’s almost a matter of pride among today’s journalists to show contempt for theology. When The Times’s Thomas Friedman wants to ridicule some proposal as ideological, captious or absurd, he refers to it as driven by “theology.” In contrast, cultural critics like Louis

Of Many Things
Of Many Things
David S. ToolanAugust 27, 2001
Architects can poison your faith. I found that out between 1960 and 1962, when I lived in a huge seminary the Jesuits had recently built about an hour’s drive north of New York City. The seminary was what Le Corbusier once called a “machine for living”; it had all the charm of Sovi

Of Many Things
Of Many Things
David S. ToolanJuly 30, 2001
How did it happen that Christianity—which prided itself on its expansive love, extended even to enemies—should itself resort to violence? “More Christians,” writes Paula Fredriksen in a recent review (The New Republic, 6/18) of H. A. Drake’s Constantine and the Bishops:

Of Many Things
Of Many Things
David S. ToolanMay 07, 2001
Back in December of 1994, when John Salvi opened fire at two abortion clinics in the Boston area, killing two and wounding five others, both Gov. William F. Weld and Cardinal Bernard Law called for talks between the two sides of the abortion debate in order to deescalate the rhetoric. But given the

Of Many Things
Of Many Things
David S. ToolanMarch 05, 2001
God would have saved the city of Sodom, we are told in Gen. 18:22-33, if Abraham had only been able to find 10 just people. With all the bad news pouring out of Israel these daysdaily Palestinian and Jewish body counts, rising hysteria on both sides and a hardening of attitudesone finds oneself desp

Of Many Things
Of Many Things
David S. ToolanFebruary 19, 2001
Is there a vocation crisis? That depends on your perspective. If you think of clergy, the answer is yes. But if you widen the horizon, the picture changes. Think of the number of laymen volunteering to become deacons or the extraordinary number of women presently acquiring advanced degrees in system
Books
In the Beginning
David S. ToolanDecember 09, 2000
Michael Ruse a professor of philosophy and zoology at the University of Guelph in Ontario Canada is that rare bird a theologically literate scientist He was a major expert witness along with the theologian Langdon Gilkey in the 1981 test case of the state law signed by then Governor Bill Cli

Of Many Things
Of Many Things
David S. ToolanDecember 02, 2000
The best show in New York City is not on Broadway. It’s the spectacular three-dimensional film Passport to the Universe at the Rose Center for Earth and Space, a surreal sphere-inside-glass cube recently erected behind Manhattan’s crusty old American Museum of Natural History.You take th