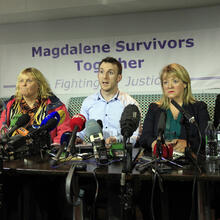 In All Things
Ireland Apologizes for Magdalene Laundries
Claire McCormackFebruary 27, 2013
On February 19 Irish Prime Minister made an official government apology for state involvement in the Magdalene Laundries, a network of workhouses that were run by Catholic religious orders between 1922 and 1966. More than 10,000 women and girls were forced into unpaid labor at the laundries. Following the government’s apology hundreds more women have come forward, each potentially due thousands in compensation. 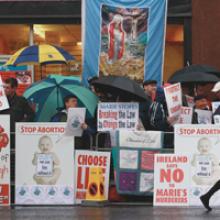 The announcement that a London-based family planning charity would open an abortion clinic in Belfast caught Northern Ireland’s politicians by surprise.