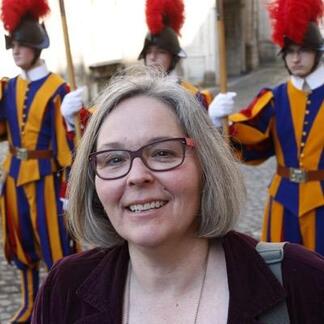 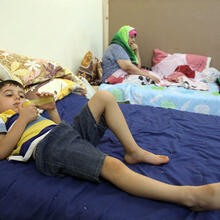 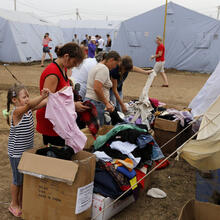 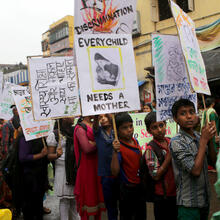 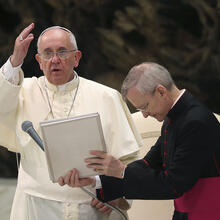 News
Pope Offers Thanks for Prayers: Grateful for support for his family after deadly crash
Cindy Wooden - Catholic News ServiceAugust 20, 2014
Pope Francis, in mourning for the deaths of his nephew's wife and two small children, thanked people at his weekly general audience Aug. 20 for their prayers.After each of the priests who translate the pope's words offered him condolences for the tragedy that struck his family, Pope Francis 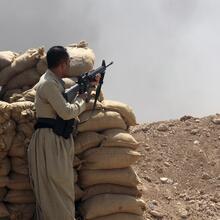 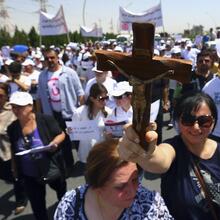 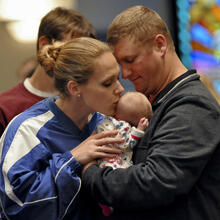 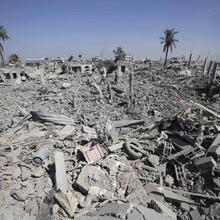 News
In Gaza, Peace Is Impossible Without Reconciliation: Desperation of people spurs violence, say cardinal, patriarch
Cindy Wooden - Catholic News ServiceAugust 01, 2014
The president of Caritas Internationalis suggested Israeli and Hamas leaders pick up a pair of binoculars so they could see that "most of your victims are innocent people." Honduran Cardinal Oscar Rodriguez Maradiaga of Tegucigalpa, president of the Vatican-based umbrella organization for 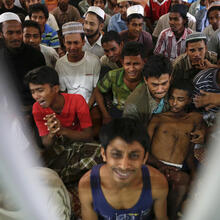 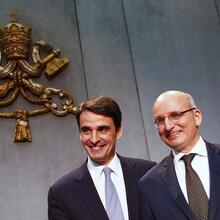 News
Vatican names new bank president, restructures financial offices
Cindy Wooden - Catholic News ServiceJuly 09, 2014
Bank must be 'a model of financial management rather than a cause for occasional scandal.'