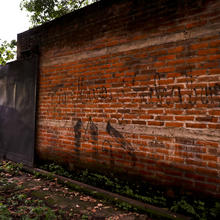 Politics & SocietyNews
Report: At least 138 sent from U.S. to El Salvador were killed
Ben Fox - Associated PressFebruary 05, 2020
A majority of the deaths documented by Human Rights Watch in the report Wednesday occurred less than a year after the deportees returned to El Salvador; some were within days. The organization also confirmed at least 70 cases of sexual assault or other violence following their arrival in the country.