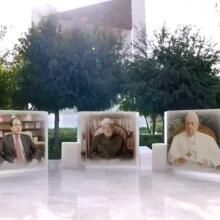 FaithVatican Dispatch
Pope Francis and Grand Imam Al-Tayyeb celebrate first-ever International Day of Human Fraternity
Gerard O’ConnellFebruary 04, 2021
The head of the Catholic Church and the head of Al-Azhar gave the world yet another powerful witness of their friendship and commitment to work together for peace among the nations. 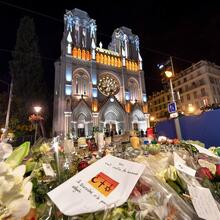 Politics & SocietyDispatches
How should France respond to latest terror attacks? Look to the Catholic Church.
Kevin ClarkeNovember 06, 2020
Could French president Macron’s moves to counter the threat of homegrown Islamic extremism in the end “boomerang,” leading only to greater alienation of Muslim youth from French society? 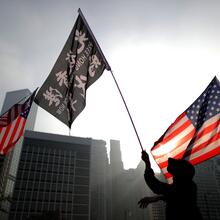 Politics & SocietyNews
House bans China imports made by forced Uighur labor
Catholic News ServiceSeptember 28, 2020
The U.S. House in a nearly unanimous vote passed an act that would ban imports to the U.S. from China's Xinjiang region, the heartland of the Uighur Muslim people and where over 1 million Uighurs are reportedly living in forced labor camps. 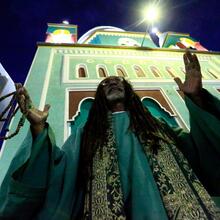 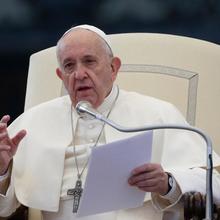 “No sooner had Jesus knocked over the dragon of superstition,” wrote George Bernard Shaw in ”Androcles and the Lion,” “than Paul boldly set it on its legs again in the name of Jesus.” Shaw’s line captures the outsize and frankly uneasy influence that St. Paul had on the early church. Though the apostle’s letters comprise almost a third of the New Testament, he remains controversial. Progressives in particular often hold Paul responsible for corrupting Jesus’ teachings and introducing starchy moral standards into the faith.