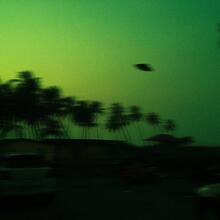 FaithShort Take
UFOs are back in the news—and Catholics are ready to deal with any theological questions on alien life.
Charles C. CamosyMay 19, 2021
The Catholic intellectual tradition stands ready to help humanity interpret and process the fact that we are not alone in the universe. 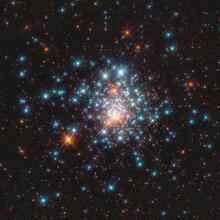 Politics & SocietyNews
Vatican Observatory launches podcast and new website
Carol Glatz - Catholic News Service April 07, 2021
The podcasts are available on several platforms and they feature one of the pope's own Jesuit astronomers speaking with a notable figure in the world of space exploration or science.

Politics & SocietyNews
NASA just discovered water on the Moon—in a crater named after a Jesuit priest
Molly CahillOctober 26, 2020
The water was found in the Clavius Crater. So who was Christopher Clavius, S.J., and why is there a crater on the moon named after him? 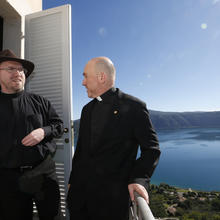 FaithNews
This Jesuit curates meteorites for the Vatican Observatory. Here’s what a typical day is like.
James Ramos - Catholic News ServiceJuly 17, 2019
Brother Macke said "every day is different ... which keeps the work fresh and exciting." 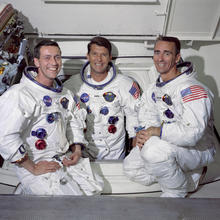 Politics & SocietyInterviews
One teen’s quest to capture the stories of men who went to the moon
Matthew BuscarinoJuly 15, 2019
I wanted to know what it was really like to travel to the moon, but I realized that the only people who knew would not be around much longer.

Politics & SocietyDispatches
Why are so many craters on the moon named after Jesuits?
William Critchley-Menor, S.J.July 12, 2019
“Throughout the history of the Society, the Jesuits have been key players in astronomy,” said Robert Macke, S.J., a specialist in meteorites who works at the Vatican Observatory in Rome. Jesuit contributions to astronomy are significant enough that 34 craters on the moon and several asteroids are named after them.
Subscribe to Space