Jesuit alumni in the 118th Congress 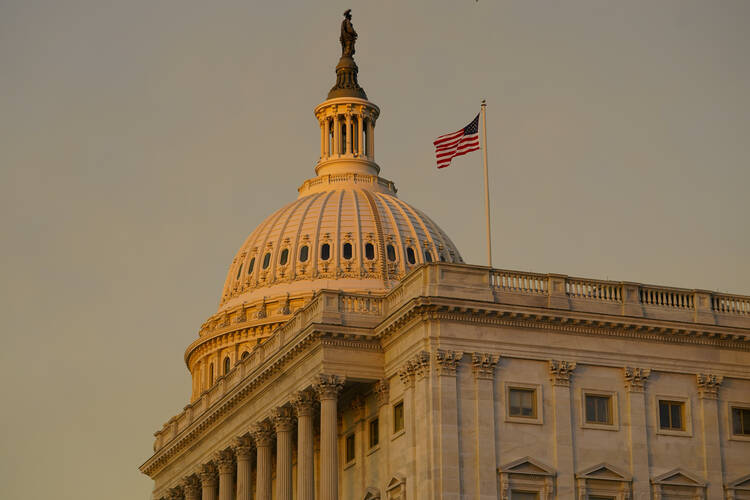 The American flag flies over the House side of the U.S. Capitol on Jan. 4, 2023. (AP Photo/Andrew Harnik)

For the fifth consecutive session, Jesuit alumni account for about 10 percent of Congress.

The Jesuit Scorecard in Congress

3: The College of the Holy Cross

* Representative Rosa DeLauro is an alumna of Marymount College, which was later incorporated by Fordham University.

148 Catholics in the 118th Congress—28 percent of the total membership.

Other faiths, the unaffiliated and the undeclared make up the rest.