Fellow boomers: Have a little faith in Gen Z 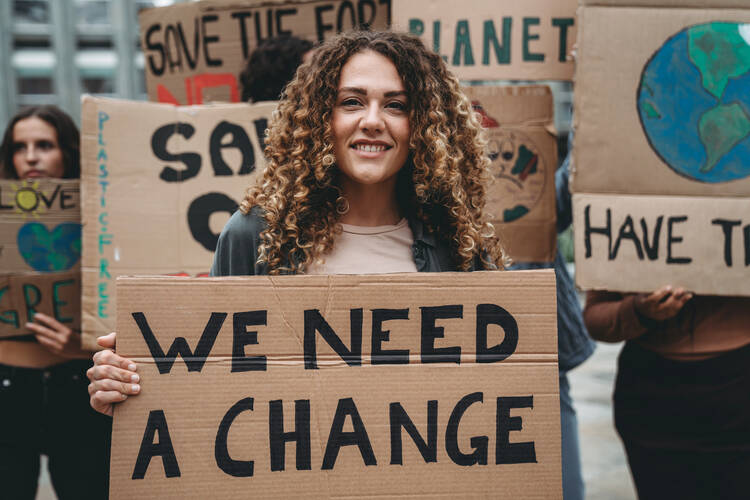 Earlier this month, the first member of Generation Z was sworn into Congress. Maxwell Alejandro Frost, a Democrat from Florida, is 25 years old and part of the newest cohort of engaged citizens and voters, young people born between 1997 and 2012. Also known as Gen Z or zoomers, they brought their concerns and energy to the midterm elections of 2022. They are active in our political process, and their turnout to vote made a measurable difference in many individual races. These kids seem like they are going to be all right.

It is a historical reality that the parents of the latest generation to reach adulthood tend to worry too much. I imagine the mothers and fathers of 1920s flappers were freaked out about their children’s futures. The parents of hippies fretted away on the uncool side of the generation gap. My own father gloomily predicted that my husband and I would never be homeowners because of the economic mess circa 1980. Today’s young parents fear the effects of unfettered technology on their children’s brains and well-being. Parents always think the world is going to hell in a hand basket, and their kids are the hapless passengers in the front.

Parents are usually wrong, but not for the reasons they would think.

Parents always think the world is going to hell in a hand basket, and their kids are the hapless passengers in the front.

Because young people by nature aren’t worried. Perhaps their inexperience makes them courageous and open to risk. Young people remind us of everything we older folks have forgotten about hope. I believe that each generation builds on the progress of the last and adds a beautiful story to the edifice of humanity. I believe that because I see it in my own children.

Although I still think of them as the young people, my kids are technically millennials, the generation born between 1981 and 1996. All in their 30s now, my kids understand better than I do that a new generation has replaced them. In some ways, they teach me more than I have taught them. They have shown me that the beautiful cycle of parent-child-parent gives us a glimpse of the eternal, the holy, the meaning of our struggles on our dot on the timeline.

These are my kids: One is divorced and currently single. One is trans (they say genderqueer is also an accurate term) and is married. One is not married but makes a home with the father of their new baby. One is married to a divorced man and is stepmom to his two children. We may not be a textbook family—we do not fit neatly into traditional family cutouts—but my husband and I are massively proud of this glorious tribe. Our kids are creative and caring and generous. They are conscientious citizens and are raising the next generation to be the same. Our kids have extended our family by forming their own families with people we love, and we are hugely grateful for these many blessings.

We boomers especially sometimes act as though we are the first and last generation ever to undergo the various processes of living and aging, but it seems we are mistaken. We are just part of the sacred cycle.

Can we blame them?

On the contrary, it is amazing to me that kids today are not irretrievably jaded, although I imagine that some young people are. Some are apathetic; some are withdrawn; some are fatalistic. Which is also the same as it ever was.

Gen Z is the latest proof that the world will continue to turn even when we are gone, that the next generations will forge their history just as we have done. I do not know what the children of Gen Z will be nicknamed, and I do not know that I will see it. But I have faith that, in spite of the wreckage the older folks leave behind, young people of the future will find ways to light their own paths and make their own progress. We old people like to romanticize the past, as though everything was perfect back when we came of age, but a gut check tells us that this is not so. We faced our own challenges and produced marvelous achievements and spectacular failures, as did every generation before us. We boomers especially sometimes act as though we are the first and last generation ever to undergo the various processes of living and aging, but it seems we are mistaken. We are just part of the sacred cycle.

And it is unfair of us to act as though the cycle has braked or is broken now that we are not front and center. We need to be cognizant of when it is time for us to step back, assuming we are even capable of such introspection and perspective. We need to cede focus. We need to have a little faith.

These kids today are all right. They are going to be all right. They will figure things out, either because we have taught them well or because they are fast learners on their own. They will experience war and peace, famine and plenty, darkness and light, doubt and faith, loss and gain, and it will all be theirs. My dad used to say he hoped heaven provided a way to watch the events of history unfold. He thought that would be a perfect afterlife. I hope he has gotten his wish, but I mostly hope that we who are still here on this green earth can let go of our fears for the future and trust our kids and grandkids with this beautiful world. God love them, they are ready.

Valerie Schultz is a freelance writer, a columnist for The Bakersfield Californian and the author of A Hill of Beans: The Grace of Everyday Troubles. She and her husband Randy have four children and three grandchildren.