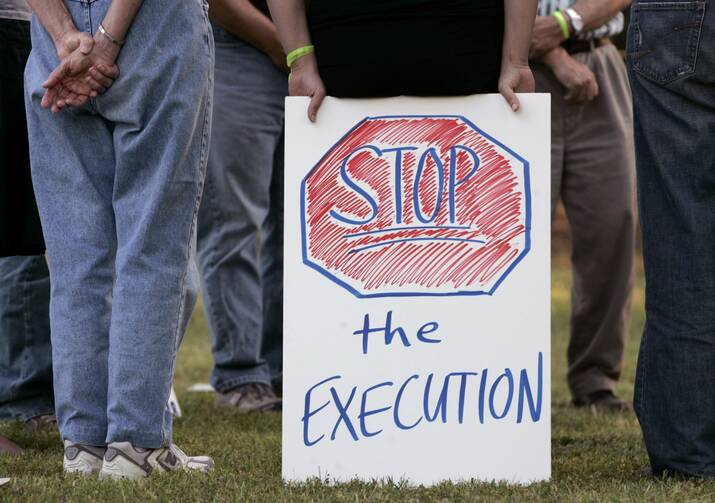 Protesters opposed to the death penalty demonstrate outside a Georgia state prison for men in Jackson in this 2008 file photo. Called the Georgia Diagnostic and Classification Prison, it holds the state's execution chamber. (CNS photo/Tami Chappell, Reuters)

To kick off October’s “Respect Life” month on “The Gloria Purvis Podcast,” Gloria speaks with Krisanne Vaillancourt Murphy about how a Catholic vision of restorative justice must guide our advocacy against the death penalty. Krisanne is the executive director of Catholic Mobilizing Network, a national organization that mobilizes Catholics and all people of goodwill to value life over death, to end the use of the death penalty, to transform the U.S. criminal justice system and to build capacity in U.S. society to engage in restorative practices.

In this episode, Krisanne explains the differences between a retributive and restorative model of justice and describes what each looks like in practice.

“Restorative justice is not about no consequences,” Krisanne says. “You know, fundamental to restorative justice is accountability. When people actually get to the point that they can admit that they’ve created a harm or they’ve harmed another, when they can get to that point where they are repentant—I mean, that’s transformative. That’s a different kind of justice.”

Gloria and Krisanne review the history of Catholic teaching on capital punishment, papal condemnations of the practice and how it finally became impermissible according to the Catechism of the Catholic Church.