I can’t remember the last time I felt patriotic. Can you? 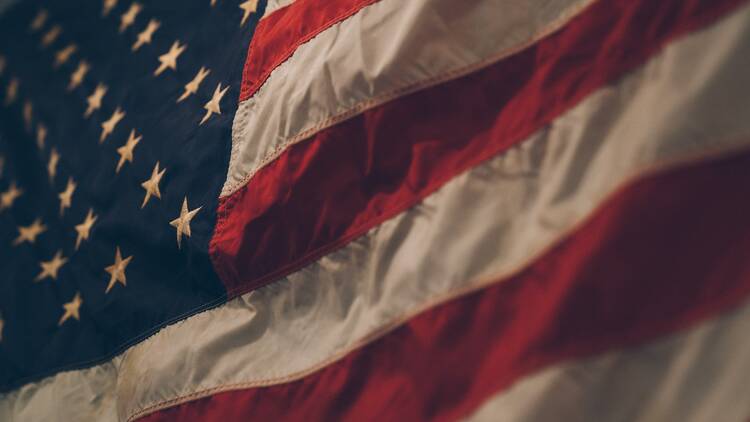 Photo by Samuel Branch on Unsplash

I can’t remember the last time I felt patriotic.

It’s something I have complicated feelings about, ranging from sadness to shame to righteousness. While I can honestly say that the news of the past few weeks has only made my lack of patriotism more acute and more obvious to me, I could have said that same thing probably every week for the last several years, for one reason or another.

I’ve been feeling so down on the state of affairs in this nation that I’ve started to wonder if I can even celebrate the Fourth of July this year without feeling painfully disingenuous. I guess I’ve been looking for magic to strike, for some reason to believe in the promise of the country I call home—and then to feel comfortable and proud celebrating it.

I can’t remember the last time I felt patriotic.

So this week, I did what I like to do whenever I’m in need of some hope: I talked to people who are smarter than I am. Thankfully, my colleagues at America fit that description. I asked them if they could remember the last time they felt patriotic.

Many of their answers were moments in the shared cultural memory of our country. The terror attacks of Sept. 11 and when President George W. Bush threw out the first pitch at Yankee Stadium after the national tragedy. Barack Obama taking the stage at Millennium Park after his election in 2008, when a colleague told me, “I remember thinking: I can’t believe this is real.” Watching the Olympics. Nationwide protests against President Trump’s 2017 immigration order, when thousands of Americans demonstrated in airports on behalf of migrants and refugees. Amanda Gorman reciting her poem at President Biden’s inauguration.

Some answers called upon more recent events, even as recent as this week. One colleague told me he felt patriotic listening to Cassidy Hutchinson’s testimony in the House Jan. 6 committee hearing. Listening “made me proud to share a country with her,” he said. Another colleague was inspired seeing Ketanji Brown Jackson sworn in as the first Black woman on the Supreme Court. “Our country is more deeply divided than I’ve seen in my lifetime. But it also still holds out promise for people like Justice Jackson, who herself is a sign for others who strive to take their rightful place in a country that is still, even with all its faults, open to strivers,” he told me.

Reasons for hurt and reasons for hope are happening at the same time, always.

A few people told me stories about local communities that represented what America is, or could be, to them. Someone told me about attending an elementary school graduation and feeling patriotic as she heard the students sing the national anthem and was struck with the realization that these are our country’s future leaders.

“Their innocence along with their excitement to continue their education made me realize that yes, there is so much hate and bad in this world, but we also have the next generation who are poised to make a difference,” she said.

Someone else told me she feels patriotic whenever she goes home to visit her parents, who, along with their neighbors, help refugees from Afghanistan settle into their new homes in the United States. The words she kept coming back to were “generosity” and “welcome.” She and her family now call several of these refugees friends, and she told me that “I cannot leave a conversation with [them] without an acute awareness of how much I take for granted.”

One colleague said it simply and without hesitation: “The last time I felt patriotic? Today. I love my country. And I think I feel that every day.” When we talked about the real and present suffering in the United States today, he told me, “There’s nothing on this side of heaven that I love that isn’t broken.”

My colleagues succeeded in pointing me in the direction of hope, of remembering the things that are still good amid the mess. For me, for now, the mess is still a bit heavier than the hope. Maybe that’s because of my general tendency towards pessimism. Maybe I’m a product of a generation still (and maybe forever) reeling in the wake of the Trump presidency that marked our coming of age and the beginning of our own political participation. Whatever the reasons, I’m not alone in a kind of sadness and shame about the state of the United States that is still just too difficult to shake.

When we talked about the real and present suffering in the United States today, he told me, “There’s nothing on this side of heaven that I love that isn’t broken.”

After hearing the stories my colleagues told me, I recognized that I have a choice: I can refrain from celebrating Independence Day, or I can seek out a different way to observe it, one that both reflects where I’m at at the moment and also gets me involved in the process of making this American project better.

For better or worse, I have some practice making this kind of decision, because I’m a Gen Z Catholic. I’ve never known a church without widespread scandal, and I’ve looked far and wide for reasons for hope that might help keep me a person of faith—in my Catholic education, in my parish community and now in a Catholic workplace. I am still here because those reasons for hope are real, and I have seen them up close. The reasons for hurt are real, too, and just as I feel our nation’s sins weighing down more heavily than its virtues, so many of us feel the sins of the institutional church on a level that’s impossible to ignore.

Holding these tensions is confusing and sometimes excruciating. I always hope that the next conversation I have will strike me with the answer that might explain it all.

This little experiment in patriotism with my colleagues didn’t wrap all doubts and questions perfectly with a bow on top. But it did highlight an important truth: Reasons for hurt and reasons for hope are happening at the same time, always. When lawmakers fall down on the job, a community member somewhere is working tirelessly to make sure that the vulnerable people in her neighborhood have what they need. When church leaders project a message of exclusion in one place, somewhere else there are devoted priests and laypeople who make sure the people in their midst know God’s love. When I am feeling utterly unpatriotic, someone on my very same staff is feeling deep love and pride for the country where we live.

Both are true at the same time. That’s what I’ll try to celebrate this year.

Molly Cahill is an assistant editor at America. She was an O'Hare Fellow in 2020-21.