Do you really need to post that? A 5-step social media examination of conscience 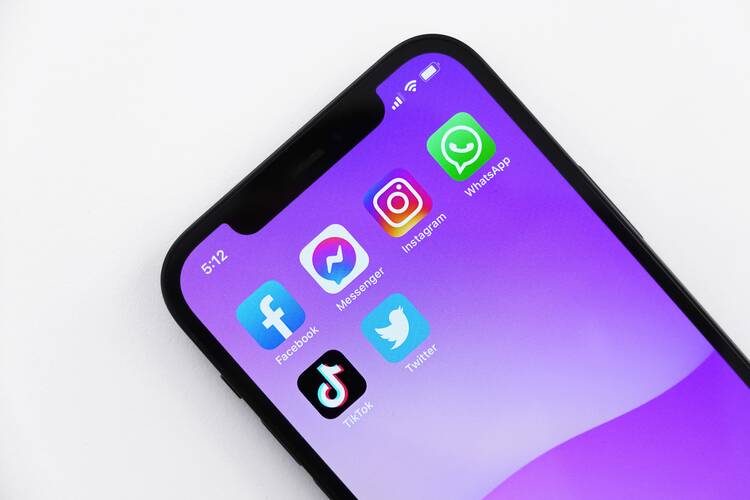 Photo by Jeremy Bezanger on Unsplash

During the summer of 2020, my Instagram became a very different place. In a season that usually brought meticulously curated beach and vacation photos to my feed, a raging pandemic and the murder of George Floyd had flipped the world upside down. My social media feed was suddenly flooded with infographics, reading recommendations and suggestions for organizations to donate to.

And I liked it so much better than the pre-pandemic Instagram that my scrolling eyes had once been glued to.

It wasn’t fun, it wasn’t easy, it wasn’t comfortable. But it also changed a platform that had a tendency to be superficial and appearance-focused into something with more depth. What had once been self-promotional instead became communal.

Alongside the calls to action and educational posts, many accounts that I followed issued warnings: Don’t let things go back to the way they used to be, including on this site.

When a major event hits the news cycle these days, everyone I follow seems to have a compulsive need to respond with a statement or commentary as quickly as possible.

While the edited beach pictures eventually returned here and there, I don’t think my social media feeds have ever quite gone back to the way they used to be. This streak of activism has remained, but over the course of the past two years, I’ve watched it morph—in many cases, not for the better.

When a major event hits the news cycle these days, everyone I follow seems to have a compulsive need to respond with a statement or commentary as quickly as possible. From pop culture feuds to Supreme Court leaks to televised court cases, I get the impression that our new social media culture has created a bunch of new armchair experts for everything.

It’s no longer the communal effort I observed in the pandemic’s early days. We’ve returned to social media’s old tools of self-promotion in our efforts to respond to current events in our world that have real and life-altering consequences. Well-intentioned as it may often be, it’s misguided, and it can be more performative than it is genuine.

I’m certainly not saying that it is never fruitful to post on social media about the goings-on of the day, or that we should stop using Twitter or Facebook or Instagram as a tool to have conversations with one another. I am saying, though, that there’s a way to do so with care and sensitivity. If we don’t put the time and effort into finding out what that way might look like, our conversations won’t only be unproductive; they’ll also hurt people.

Maybe those few minutes of reflection will help us make what can sometimes feel like a treacherous decision—to post or not to post?—carefully and intentionally.

In the spirit of a better way, I think we can each make a kind of examination of conscience the next time we feel a pull to respond instantaneously to our thousands of followers. Maybe those few minutes of reflection will help us make what can sometimes feel like a treacherous decision—to post or not to post?—carefully and intentionally.

Here are a few things to keep in mind in your own discernment:

Thinking about the people we reach on social media can pull us outward and remind us that our contributions are about much more than just ourselves. While the validation that can come from likes and reactions to a post is enticing, a snarky viral post is not worth the harm it can cause to those personally affected by a tragic situation.

So ask yourself: Who is actually likely to see this? The answer isn’t the president or the celebrity whose personal life you’re commenting on. It’s your family members, your colleagues, your neighbors. When in doubt, address them. Unlike the public figures you see online but will never meet, you’ll have to answer to your family and friends for the compassion (or lack thereof) that comes out in the things you say.

Ask yourself: Who is actually likely to see this? The answer isn’t the president or the celebrity whose personal life you’re commenting on. It’s your family members, your colleagues, your neighbors.

This is one of our biggest challenges. Our cultural conversation seems to move faster than ever, so there is this sense that if we don’t say something now, the moment to do so will have passed by tomorrow because everyone will already be talking about the next big thing. How often do we see instantaneous responses that don’t age well, that have to be retracted, even just days later, when new information comes to light? When something really, deeply matters, when has it ever made sense to rush the response? If a problem is big and nuanced and difficult to solve, shouldn’t it make sense that coming to an answer that does the problem justice might take some time?

It is absolutely crucial that when we speak up, we take the time to make sure what we are saying is accurate and fair. Making social media activism into a race for who can speak first will never let our discourse last long enough to make any change.

Is there a better place for you to process whatever you’re going to say? Social media is a tool that can be helpful when what we have to say needs to reach many people. Not every conversation, though, is best when it potentially involves hundreds of people or more.

How often do we see instantaneous responses that don’t age well, that have to be retracted, even just days later, when new information comes to light?

Maybe there’s a close friend you can talk to one-on-one, or someone who is more knowledgeable about this particular topic than you are who can answer your questions without judgment. For some of us, writing can help us organize our thoughts and discover ideas we didn’t even realize we had. A journal can be your best friend when you need to untangle complicated thoughts and feelings. And of course, for people of faith, prayer and meditation allow us to ask for what we need and listen for insight. While some conversations do well with as many voices as possible, some need just two: yours and God’s.

To understand our personal responsibility to a given cause, it’s helpful to look to the past. How have people who look like me historically behaved in the face of different injustices? And has that helped or harmed the cause?

For the sake of example, I am a white woman. Because of my identity, I hold a certain power. I am part of a lineage that has at times harmed and excluded those in need. My responsibility now is to avoid those same mistakes. A few things I can do include being careful not to center myself in conversations that aren’t about me and trying not to get defensive when someone calls me out on my blind spots.

If you feel a responsibility to weigh in online and if the cause you’re speaking on is going to gain traction, your efforts are needed elsewhere, too.

Our activism can’t start and end with a social media post. If you feel a responsibility to weigh in online and if the cause you’re speaking on is going to gain traction, your efforts are needed elsewhere, too. Couple your social media posts with real-life conversations, donations, votes and more.

Sometimes it’s the virtuous choice to take to social media and speak up loudly and proudly for a cause that simply cannot be ignored. Sometimes, though, it’s the virtuous choice to let someone else lead the conversation or to ask a question instead of making a flippant statement or to wait to say something until tomorrow, when you’ve listened to others and you know more.

I have faith that social media can be a place for real engagement because I’ve seen it happen, if only for a fleeting moment. If we want to make that vision real again, we have to let go of the bad habits that keep us from being in community with each other online and opt instead for the kind of loving intentionality that lets us know when it’s time to speak—and when it’s time to step aside to make space for someone else.