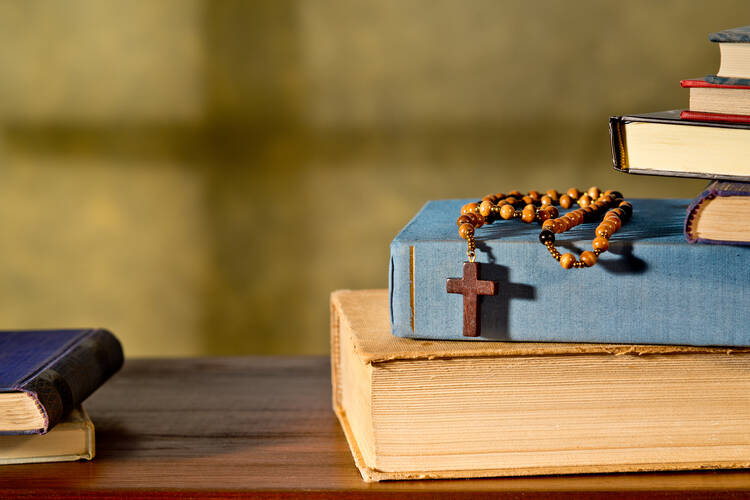 This article is a response to “Will Catholic universities survive the upheaval in higher education? The next 10 years will tell,” a feature by Charles C. Camosy. Read more views on this issue linked at the bottom of this article.

If Charles Camosy and I were colleagues, we would find ourselves on the same side defending Catholic liberal education from its present assailants—including “the three A’s” of the neoliberal university: adjunctification, administration and amenities-driven bloat—and I likely would be Dr. Camosy’s ally in deliberations about how to weather the coming storms.

But in so doing, I would harbor significant reservations about his principles. Though he cites two doctors of the church as inspirations for the Catholic university of the future, Dr. Camosy himself apparently takes the modern, secular, liberal research university of the very recent past as his model for academia.

Dr. Camosy deplores the corruption of that model, praising its vestiges at Princeton University and expressing measured hope about new institutions, like the University of Austin. In so doing, he lauds the modern academy’s values of “viewpoint diversity and genuine academic freedom.” The suggestion seems to be: no “viewpoint diversity,” no “genuine academic freedom.” In other words, a real university needs some faculty members who disagree among themselves on fundamental matters, and at least some of these must disagree with the “particular vision of the good” that Dr. Camosy says a “distinctively Catholic institution” should propose. Throughout his piece, he cites the values of the modern research university in its own liberal terms: “authentic engagement across groups holding different opinions,” “open and honest academic debate,” “free and open academic inquiry.”

Dr. Camosy wrongly concludes that “Catholic institutions should therefore not only hire faculty who disagree with church teaching but should protect such professors with tenure."

Shouldn’t it give us pause that the most recent product of the modern research university is intersectional critical theory? That a major organization dedicated to preserving the values of the modern university has chosen the name Heterodox Academy?

Dr. Camosy rightly praises St. Thomas Aquinas for “engaging opposing views charitably” and St. Robert Bellarmine for insisting that scriptural interpretations be adjusted to take into account indubitable scientific conclusions. But Dr. Camosy wrongly concludes that “Catholic institutions should therefore not only hire faculty who disagree with church teaching but should protect such professors with tenure so that they can be free to push us in the search for truth.” This does not follow, as his examples of Aquinas and Bellarmine demonstrate: the doctors of the church didn’t require their intellectual opponents to be their colleagues in order to deeply engage with their ideas.

A blunter version of Dr. Camosy’s conclusion might be this: A Catholic university should hire people who do not believe in the teachings of the Catholic Church, or even those who are anti-Catholic, to teach their students, and should empower these same in university governance. Or does he mean that these professors would teach and publish, but not have a share in faculty governance, or cast a vote for faculty senate, or serve on committees, or chair departments, or have a voice in hiring decisions or shape the mission of the institution—all this, despite enjoying tenure? To do so would be to relegate them to a strange position: second-class citizenship, in one sense, but privileged to be relieved of the duties that many professors view as distractions from their research.

Why not simply focus on hiring Catholic faculty and study the thought of those outside the church when we choose (as we might read Machiavelli and Nietzsche), or invite them to campus for occasional debates?

If colleges are concerned about mission, why not simply prioritize hiring practicing Catholics? Before this could happen, Catholic colleges and universities would have to wean themselves from government funding. (Wyoming Catholic College, where I am employed, does not accept government funding.) The whole endeavor of reading the classics of the Western and Catholic traditions assumes that their authors can speak to us across the ages. Why not simply focus on hiring Catholic faculty and study the thought of those outside the church when we choose (as we might read Machiavelli and Nietzsche), or invite them to campus for occasional debates?

Dr. Camosy notes that great courage will be required to reform existing institutions or create new, countercultural ones. It is indeed dangerous to introduce new modes and orders. The most courageous step that Catholic educational leaders could take in the next decade is to break with the decadent mainstream model for higher education, drink deeply from our own philosophical, theological and encyclical traditions, and then turn to the vital task of founding and refounding schools that are vibrantly and unequivocally Catholic.

More views on the crisis in higher education: 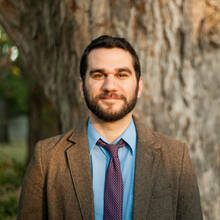