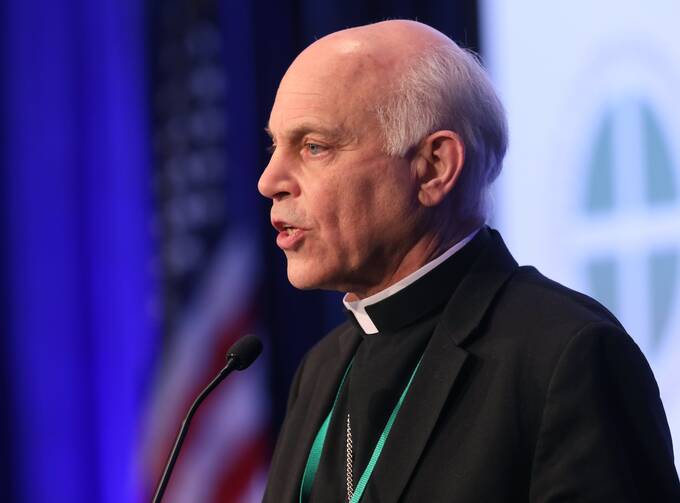 (RNS) — San Francisco Archbishop Salvatore Cordileone, who has advised Catholics to get the vaccine against COVID-19, revealed this week that he has not yet been vaccinated himself and offered explanations that may confuse the issue for some of his flock.

In a Dec. 1 interview with the San Francisco Chronicle’s “It’s All Political” podcast, Cordileone said he learned from his primary health physician that he has “a good immune system.”

“He told me that it’s probably not necessary for me to be vaccinated,” Cordileone said, adding that his physician didn’t dissuade him from receiving the COVID-19 shot. Cordileone mentioned an instance when he was in a confined space with someone who he later learned had COVID-19. He tested himself and was negative, he said.

In a Dec. 1 interview with the San Francisco Chronicle’s “It’s All Political” podcast, Cordileone said he learned from his primary health physician that he has “a good immune system.”

“If I started feeling symptoms, I would test myself. I’d stay home,” said Cordileone, who in November attended the annual fall meeting of the U.S. Conference of Catholic Bishops. The event did not have a vaccine mandate.

Cordileone, who has been outspoken against abortion and same-sex marriage, also incorrectly said that the coronavirus inoculations “are not really vaccines.”

“We think of a vaccine as a shot that gives you immunity to a disease for life or at least for a very long time. And these actually don’t give any immunity at all. They give protection,” Cordileone said in the interview.

The prelate’s comments about the vaccine come as the first U.S. case of the omicron coronavirus variant was detected in San Francisco on Dec. 1. Although Cordileone isn’t vaccinated, he said in the Chronicle interview that he is “not an anti-vaxxer.”

Although Cordileone isn’t vaccinated, he said in the Chronicle interview that he is “not an anti-vaxxer.”

Cordileone made national news earlier this year when he suggested drawing a strict line for Catholic politicians in the United States who back abortion rights, suggesting that President Joe Biden and Nancy Pelosi, the latter of whom resides in his archdiocese, could be denied Communion due to their support for the Democratic Party’s pro-choice stance.

In a video message on the Archdiocese of San Francisco website, Cordileone said he supported Pope Francis and the U.S. Conference of Catholic Bishops in encouraging the faithful to prevent the spread of COVID-19 by getting vaccinated.

John Gehring, Catholic program director for Faith in Public Life, criticized Cordileone for his “my body, my choice” position when it comes to a vaccine that “saves lives.”

“We get the vaccine to protect others, not just ourselves. It’s called the common good,” Gehring said on Twitter.