Four ways your parish can fight climate change (on a budget) 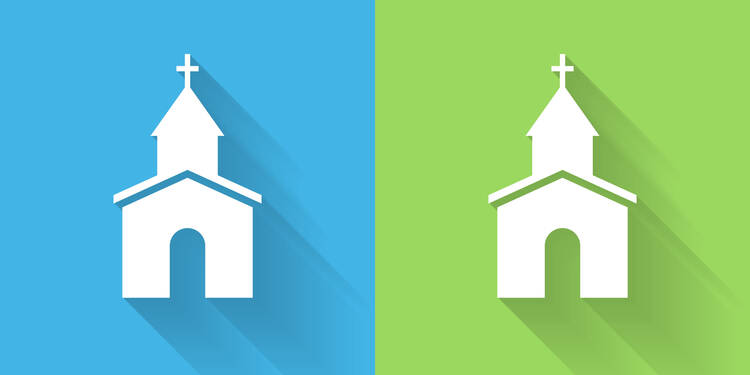 Leaders of nations from around the world have been meeting this week during the COP26 climate summit in Glasgow to address escalating ecological concerns. A recent United Nations report found that countries are not doing nearly enough to curb climate change.

If entire nations are falling short, what can local communities and small churches hope to contribute? Well, according to Catholics working on the issue, they can do a lot. Here is how.

If entire nations are falling short, what can local communities and small churches hope to contribute? Well, a lot.

1. Simple, everyday measures. Less affluent communities already do things other communities might not usually consider, “like winter clothes swapping,” according to Paz Artaza-Regan, program manager for the 400 Creation Care teams that Catholic Climate Covenant runs at parishes and other institutions throughout the United States.

“They’re not wasting the clothes. They already pass them from one group to another. It’s a joke in Latino parishes that when majority white parishes say they’re going to start recycling more...well, we’ve been doing that for decades.”

Service projects are a good way to go green and also engage young Catholics, Ms. Artaza-Regan said. Cleanups, beautifications, as well as cleaning creeks, rivers and streams, are projects that can connect older and younger parishioners. Groups can also do trash audits to identify and reduce the consumption of disposable products. Simply providing a reusable mug during coffee and doughnuts can be a step in the right direction.

Cleanups, beautifications, as well as cleaning creeks, rivers and streams, are projects that can connect older and younger parishioners.

They used the napkins, flatware and plates for community meetings, and they eventually started bringing them to the motherhouse for gatherings. At first, some who attended the gatherings did not take the practice seriously, but eventually more communities in the congregation started doing the same. The sisters also reduced the amount of meat in their diet, since meat consumption is considered bad for the environment. Some of the sisters, especially those raised on farms, struggled with this at first.

“It sounds like a little thing, but it’s a spiritual dynamic,” Sister Bergen said. The sisters also organize retreats and other experiences in nature so participants can recognize God’s hand in creation. “It’s easier to transform behavior once you’ve had a spiritual experience,” she said.

2. Small retrofits. Retrofitting church buildings is another step, but parishes can start small, according to Ms. Artaza-Regan. “There are things that you can do that are good for God’s creation and are also good for your budget,” she said.

Changing from incandescent to LED lights, for example, or using programmable thermostats can help the environment while at the same time saving a church money. “Parishes start with those small retrofits rather than replacing the boiler,” Ms. Artaza-Regan said.

Retrofitting church buildings is another step, but parishes can start small.

While LED retrofits can get relatively expensive, many utility companies are providing significant incentives, according to Dan Misleh, founder of Catholic Climate Covenant. His parish, school and rectory did a LED retrofit that cost $50,000, but the local utility company provided a 70 percent rebate. The remaining $15,000 could be paid over time, while the parish saves $6,000 a year on electricity.

Mr. Misleh encouraged parishes to check the Database of State Incentives for Renewables & Efficiency to see what local utility companies are offering in terms of energy efficiency. Energy Star, for example, offers a workbook for communities seeking green alternatives, and some companies offer free energy audits.

3. Make connections to the land. Young people also take part in parish and school efforts at Nativity Church in Burke, Va., according to Kim Young, who coordinates the Creation Care team there. These efforts include putting on fair trade sales, collecting and cleaning empty pill bottles for Matthew 25 Ministries, and installing solar panels at the parish.

The parish also works with the St. Kateri Habitats and Parks Program, which connects the restoration of habitats to a reverence for God and creation. This includes maintaining native trees, shrubs and wildflowers.

“Getting people out in the garden and in nature is such a great introduction to biodiversity,” Ms. Young said. “But also, if we do away with biodiversity, we’re all doomed. You know, if we kill all our insects, we aren’t going to survive.”

“Getting people out in the garden and in nature is such a great introduction to biodiversity,” Ms. Young said.

The team organized a celebration of trees, labeling the local types and educating parishioners on why it is better to have native species than imported ones. “For a lot of people, these are foreign concepts,” Ms. Young said. “So it’s good to get them out there and to see these things and to understand, ‘Hey, it’s good that there are insects chewing on your plants. That means they’re native plants and the insects are surviving.’”

Sister Bergen noted parishes in the Chicago area that have begun “Laudato Si’” gardens, including Ascension in Oak Park and St. James in Brownsville. At St. James, the church had to be taken down because the tower was unstable and repairs proved too costly. So eventually, the parish started a farm on the site right under the El tracks in the heart of the inner city.

A range of volunteers contribute to the farming, from people experiencing homelessness to wealthy Chicagoans. The harvest goes to a local food pantry, one of the largest in the area.

“When I went to work there, I had no idea you could fit so much food in this space where this church was. It's a big farm,” Sister Bergen said. “People from all these different races and economic groups are working together to package it for the pickup day. It's truly just amazing—the community-building that’s taking place.”

The people who run the farm educate volunteers about the enzymes and toxins in the earth. She said that they plant poles of milkweed seeds to attract pollinators for the garden.

“People in the inner city don’t have access to naturally grown food at all,” Sister Bergen said.

At Ascension Parish in Oak Park, the church took the back of an old convent and turned it into a farm, Sister Bergen said. The produce from the farm is combined with the fruits and vegetables that people in the neighborhood donate from their home gardens, and then it is donated to an inner-city parish, St. Martin de Porres. This season they harvested 3,388 pounds of produce.

“People in the inner city don’t have access to naturally grown food at all,” Sister Bergen said. “Most of them are in food deserts and there isn’t a grocery store for miles.”

4. ‘Laudato Si’’ study groups. The Archdiocese of Chicago began blessing these Laudato Si’ gardens earlier this year. A number of parishes started the gardens “as a way of hearing the cry of Earth, and the cry of the poor,” Sister Bergen said. “If you get people working with soil, you can do almost anything. You can do all kinds of education in that process. The interconnection of Earth with people, of Earth with the economy, of Earth with simple living. It really works.”

Often, when a parish or school first starts a Creation Care team, it will begin by studying “Laudato Si’,” Pope Francis’ encyclical on caring for God’s creation, according to Ms. Artaza-Regan. That will lead the group to reflect on what is possible at their parish or school. Catholic Climate Covenant provides resources for groups, including downloadable toolkits and information for pastors that make the connection between caring for creation and Catholic social teaching.

Events are more effective than meetings for drawing people, she said, and there are many potential projects and activities. “It really attracts a wide range of people, from those interested in education to advocacy,” Ms. Young said. “It starts with gardening and people think, ‘Oh that’s cool.’ And maybe you’re getting vegetables and making the church look pretty. But it’s so much bigger than that, with local biodiversity and people understanding how critical that is for the survival of the planet.”