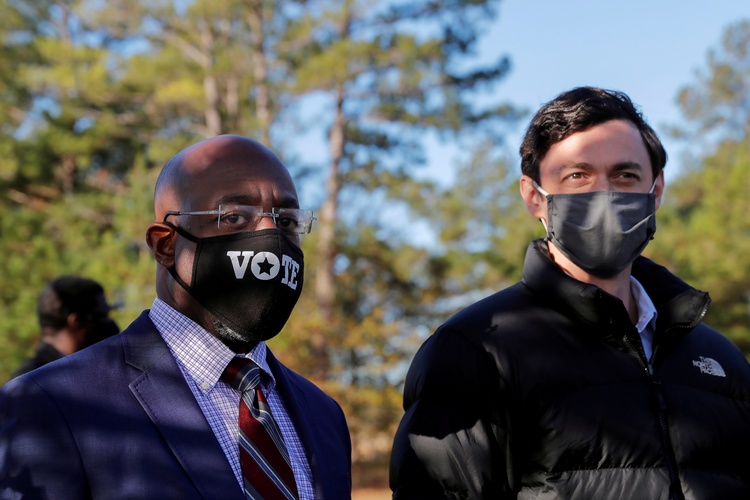 He is “probably one of the most extreme figures we’ve seen.”

He represents the “radical strain that exists in some of the farthest most extreme factions of the Democrat Party.”

These were just a few of the words that Jesse Hunt, the communications director for the National Republican Senatorial Committee, used to describe the Rev. Raphael Warnock as the run-off election for Georgia’s two U.S. Senate seats heated up. The “extreme” rhetoric Republicans cited in their attacks on Rev. Warnock were drawn from his sermons as a Black Baptist preacher. It was his religion that revealed him to be a “radical’s radical,” implied Kelly Loeffler, Rev. Warnock’s opponent and the incumbent Republican senator in Georgia. Along with other white conservative politicians and media personalities, she painted the clergyman as a dangerous demagogue, a threat to democracy who portended violence.

Rev. Warnock won election to the U.S. Senate on Jan. 5, making him only the second Black senator elected in the South since Reconstruction.

Rev. Warnock won election to the U.S. Senate on Jan. 5, making him only the second Black senator elected in the South since Reconstruction. The next day, people across our country and the world watched in real time as violence erupted in Washington, D.C.

Extremists—indeed, people we could name insurrectionists and domestic terrorists—stormed the steps of the U.S. Capitol as Congress met to certify the election of Joseph R. Biden Jr. as president. But those who looted and vandalized arguably the most recognizable architectural emblem of U.S. democracy were not incited by that “radical’s radical,” nor were they led by the so-called “Black Lives Matter cult” that so many white people seem to fear. Instead, the mob that broke through barricades and smashed windows and took control of the Senate floor, the men and women who ransacked congressional offices and posed for photos in the Rotunda like a conquering clan, were white loyalists of President Trump, some of whom flew flags bearing God and Jesus’s name.

It might be tempting to imagine these two things as totally unrelated. Some might write off the ways white politicians wield Black religion as a weapon against their opponents as cynical expediency best ignored. What do rhetorical attacks on Rev. Warnock’s religion have to do with actual attacks in our nation’s capital? Quite a lot, in fact. If we pause for a moment to reflect on his religious tradition, and the criticisms he faces as a result of it, we will find that they have much to reveal about white religion and the history of violence at the heart of the United States.

The men and women who ransacked congressional offices and posed for photos in the Rotunda like a conquering clan were white loyalists of President Donald J. Trump.

The Rev. Dr. Senator-elect Raphael Warnock is pastor of Ebenezer Baptist Church, a church once led by Martin Luther King Jr. and his father. Rev. Warnock is not only a pastor, he is also a scholar. If one spends any time listening to Rev. Warnock’s sermons or reading his writing—he is the author of The Divided Mind of the Black Church and more recently the essay “Let My People Go: The Scandal of Mass Incarceration in the Land of the Free”—the influence of his mentor, the late Rev. James H. Cone, rings loud and clear.

Rev. Cone is considered the founder of Black theology, a theological tradition born in the midst of Black freedom struggles in the 1960s and 1970s. This tradition insists that God condemns white supremacy and stands on the side of the oppressed. It declares God is not neutral. God embodies the beauty of Blackness and the fight for justice.

In 2011, Rev. Warnock drew deeply from this tradition when he preached on Matthew 6:24:

Predictably, Rev. Warnock’s political opponents excised a soundbite from his exegesis—“nobody can serve God and the military”—to frame him as an un-American extremist. The parallels to prior demonization of Black religious leaders are striking, albeit unsurprising.

The “well-scripted indignation” of white politicians in the face of these Black preachers rests on the seemingly self-evident idea that God is an unquestioning patriot.

When Barack Obama campaigned for president in 2008, conservative critics latched onto old sermons from his pastor in Chicago, the Rev. Dr. Jeremiah Wright, as evidence of Mr. Obama’s radicalism. In Rev. Wright’s case, critics cut the quote “God damn America” out of a broader reflection on God’s condemnation of unjust governments and played it on repeat. The “well-scripted indignation” of white politicians in the face of these Black preachers, as Jonathan Lee Walton put it, rests on the seemingly self-evident idea that God is an unquestioning patriot. That God blesses the United States of America, uncritically. To suggest otherwise, it seems, is to be a “radical’s radical.”

But Rev. Warnock, like Rev. Wright before him, gives voice to a God who stands in judgment over all purveyors of violence and injustice. In this, he is an inheritor not just of Black Theology, but of the longstanding lineage known as the Black prophetic tradition. A tradition that speaks truth to power. The tradition Martin Luther King channeled from the pulpit of Ebenezer Baptist two months before he was assassinated in 1968 when he proclaimed he could hear God saying to America: “[I]f you don’t stop your reckless course, I’ll rise up and break the backbone of your power!” This is the tradition of Frederick Douglass and Sojourner Truth, of Richard Allen and Jarena Lee. The tradition of the abolitionist David Walker, who, in calling for an immediate end to slavery, wrote: “O Americans! Americans!! I call God—I call angels—I call men, to witness, that your DESTRUCTION is at hand, and will be speedily consummated unless you REPENT!”

The Black prophetic tradition names the history of violence that has shaped the United States since its origins in the genocide of Native Americans and the enslavement of Africans. Not only that, it positions God as on the side of those who struggle against injustice.

Rev. Warnock gives voice to a God who stands in judgment over all purveyors of violence and injustice.

When Rev. Warnock invokes this tradition, he not only illuminates the injustices perpetuated by Americans and the American government, he reveals the hypocrisy of white Christians and others for whom religion serves as a mask for racism. This is why the mere presence of this tradition is deemed threatening by Rev. Warnock’s political opponents. This is how it is directly connected to the mob violence on display yesterday. In effect, the white Trump supporters who desecrated the U.S. Capitol proved Rev. Warnock’s point. One cannot serve both God and whiteness.

The choice the mob made was clear. As the Rev. Bryan Massingale wrote in America, “What we saw today is a clear declaration that many white people would rather live in a white dictatorship than in a multiracial democracy. If democracy means sharing power with people of color, especially Black people, then they want no part of it.”

Show Comments ()
Join the conversation: Login or create an account
Before you can comment, you need to update your profile to include your first and last name, as required in our comments policy. Then reload this page and you'll be set up for commenting. Update your profile
More: US Politics / Faith 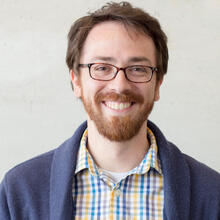 Matthew J. Cressler is assistant professor of religious studies at the College of Charleston. He is the author of Authentically Black and Truly Catholic: The Rise of Black Catholicism in the Great Migration (NYU Press, 2017).