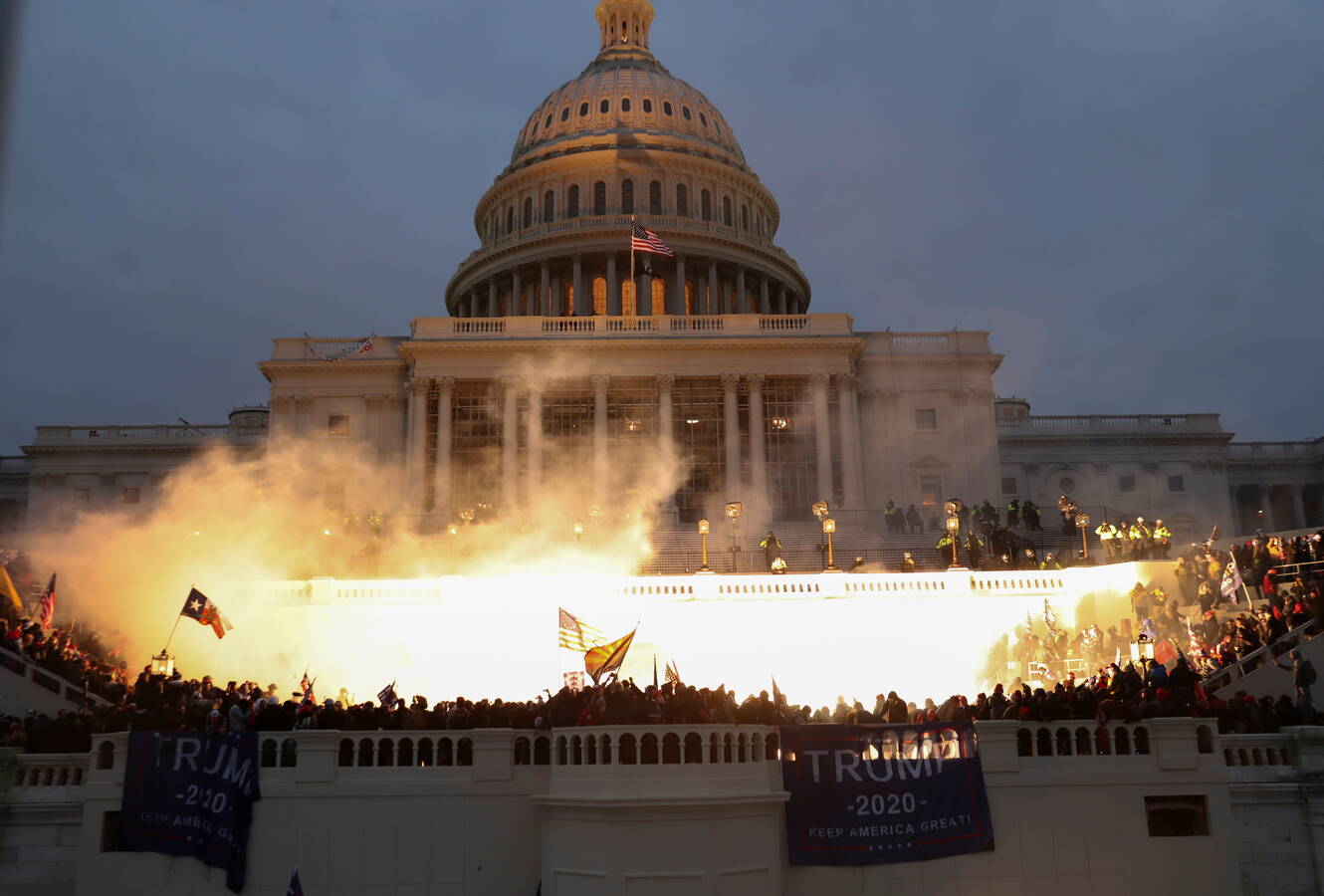 After the storming of the Capitol: We need accountability, repentance and a reckoning

The president of the United States today incited a riot in the nation’s capital, which disrupted the proceedings of the U.S. Congress during the peaceful execution of its constitutional duties. A mob surrounded the U.S. Capitol, effectively imprisoning the assembled legislators, endangering their safety. The mob carried the Confederate battle flag into the U.S. Capitol while Congress was acting to ensure a peaceful transfer of power at the highest levels of the U.S. government. The nation watched with horror as guns were drawn in the chamber of the U.S. House of Representatives. Several people were wounded. One woman was shot by Capitol Police and later died.

This is an outrage. It is contrary to everything this country stands for and represents a clear and present danger to the constitutional order of this country. This attempt to disrupt and destroy the democratic process should be repugnant to the hearts of all Americans and must be denounced from every platform and pulpit in the country.

This attempt to disrupt and destroy the democratic process should be repugnant to the hearts of all Americans and must be denounced from every platform and pulpit in the country.

It must be noted that the cause of this violence is obvious. For more than four years, President Trump has waged a campaign of demagoguery and division, stoking our fears and prejudices for his personal gain, all while undermining the foundations of the constitutional order. He has been abetted by an army of supporters and apologists in the media and within the Republican Party, who, by turning a blind eye to his worst excesses, also bear some responsibility for today’s events. The right-wing extremists and white supremacists who stormed the capitol today were responding to years of dog whistles as well as overt encouragement from Mr. Trump and his closest supporters.

In addition to the complicity of Mr. Trump’s unwavering allies, all Christians are left to reckon with the fact that the name of Jesus and the warrant of the Gospel have been publicly invoked by those defending not only Mr. Trump himself but also his cynical, destructive attempts to reverse the clear results of the presidential election. The harm to the credibility of the Christian witness is deep and will be long-lasting. Christian leaders, the U.S. Catholic bishops among them, must clearly condemn this misuse of faith. And all Christians should repent for the ways that we have allowed the symbols of the Christian faith to be drafted into Mr. Trump’s service.

All Christians should repent for the ways that we have allowed the symbols of the Christian faith to be drafted into Mr. Trump’s service.

Any effort to impose consequences on Mr. Trump—whether by a second impeachment proceeding, a formal censure or some other judicial process—will inevitably run up against both the limits of the congressional calendar between now and Inauguration Day on Jan. 20 and the prudential calculation about whether or not such efforts will further inflame the divisions Mr. Trump keeps stoking, helping to make him for some a martyr to his cause. These concerns are legitimate, but the deeper moral choice facing Congress is about demonstrating that American democracy can hold its own leaders accountable for efforts to reject the sovereignty of the people of the United States by thwarting their election of a new president.

There must be accountability. It must be public. It must require every member of Congress to cast a vote on the record. Yet in order to heal the body politic, every American must also reckon with what this horrifying episode reveals: the fragility of our democracy, the destructive power of the lie, and the numerous ways in which the nation’s legacy of racism and white supremacy continue to structure American life.

“This isn’t who we are,” President-elect Biden said in response to this outrage. With respect, Mr. Biden, what has happened is in truth a part of who we are, and America must face that fact. Yet it is also true that if Americans can summon the courage to face this moment together with honesty and hope, then we will discover once again that the best of who we are as a country can overcome the worst impulses of the national spirit.