Pandemic Accounting: Need is up, charitable giving is down as Covid-19 crisis continues 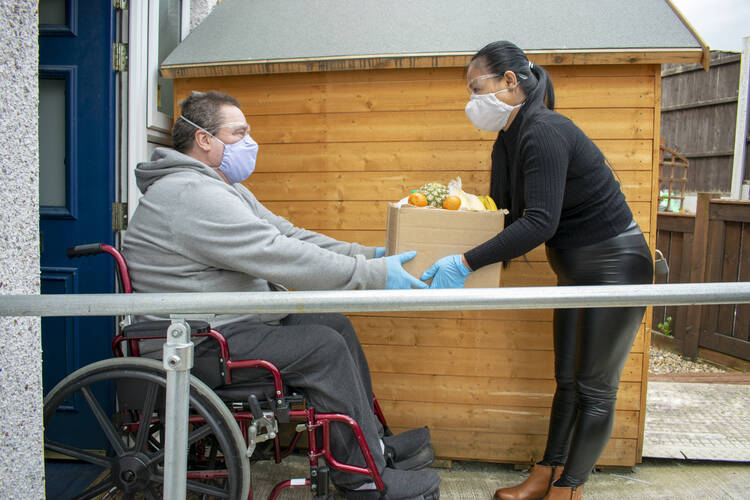 Photo by Des Green from iStock

At the same time that the Covid-19 crisis has driven up the need for direct services from charities, it has depressed the dollar amounts in donations they are likely to receive. That pandemic inversion was described by Deacon Steve Schumer, president and C.E.O. of Buffalo Catholic Charities, in an interview with The Buffalo News last May. His agency’s local fundraising ran substantially below 2019 figures last spring, he said, but “when the rest of the economy takes a nosedive, that’s the time when entities like Catholic Charities have to step forward.”

In 2019, Americans donated almost $450 billion to charity—the second highest annual amount in U.S. history. But just a few months later, as the pandemic wreaked havoc on families and the economy, the impact of Covid-19 was becoming clear. Gallup found that a 21st-century low of 73 percent of U.S. adults said they were donating to religious and other charities in 2020, beating the polling organization’s previous low of 79 percent during the Great Recession in 2009.

According to Gallup, 30 percent of Americans in April reported direct financial harm because of the crisis, throwing into doubt their ability to keep giving this year. Performing arts, culture and health care industries have reported the greatest declines in donor support, while human and social services have been more likely to report increases in giving.

In more positive news, Gallup also found that those arguably in the best position to donate to charities, households in upper-income brackets, planned to give more in 2020.

As has been the case in past years, religiously affiliated households are more likely to engage in charitable giving, but parish fundraising, hampered by closed churches and tele-Mass celebrations, has taken a hit. By November, 64 percent of U.S. parishes had reported that they received a federal Paycheck Protection Program loan to respond to payroll shortfalls caused by a drop in giving.