‘Where have I seen racism in myself?’ Readers respond 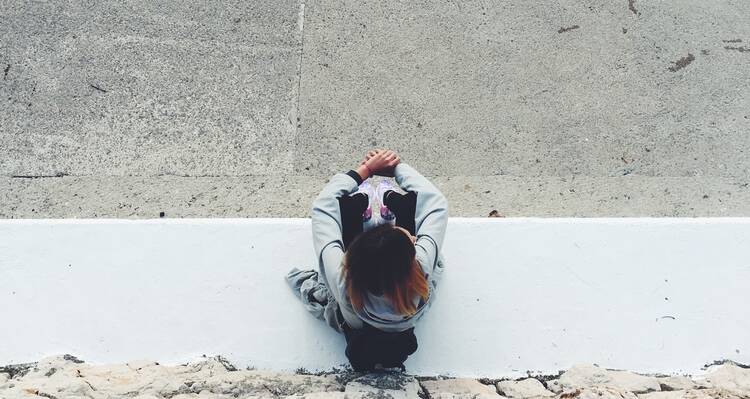 In the spirit of this issue’s lead essay by America’s editor in chief, Matt Malone, S.J., “An Open Letter to My Fellow White Americans” (Page 18), we asked our readers to examine their own personal experiences and reflect on times when they have seen or recognized examples of racial prejudice in their own lives.

I found that I expressed my white privilege by saying things along the lines of, “My best friend is bi-racial, so I can’t be racist” or “I'm colorblind—a person’s skin color does not matter to me.” I have only recently come to realize that anecdotal evidence of my relationships did not preclude internalized racism, and claiming to be “colorblind” was itself racist, being a form of erasure. By not “seeing color,” I was othering entire communities and individuals in such a way that their identities would fit my own worldview. I sinned by failing to see and listen to others.

I attended a conference in Baltimore. When it was over, I went to the parking lot to pick up my car. There was an African-American man standing by the attendant’s place where the keys were kept. He was fairly well dressed. I went up to him and asked him to get my car.

Here, he was waiting for the attendant to return with his car. He told me he was a lawyer. Thank goodness he had a sense of humor; we chuckled and chatted a bit. That incident laid bare the unconscious racial prejudices deep within my soul.

I remember hearing someone speak once and saying, “I'm surprised a colored person spoke so well.” I would not have thought that I believed this, nor would I have said it, but that came from inside of me. I am totally embarrassed to write this.

I live in Hungary. Even though racism has a different form here than in the United States, it still exists. The targets of racism here are people of gypsy origin. To be very honest, sometimes when I see them, I feel some distant disgust caused by their unique lifestyle. Even though I do everything not to make it seen (I try to be as kind and friendly with them as possible), this feeling is still there. I try to focus on the fact that they have severe hardships in life because of racism; and even if I might not be able to help it, I try (at least with my actions) not to make it even more difficult for them. Thank you for being able to tell it to you.

By sharing books such as The Other Wes Moore, Their Eyes Were Watching God, and Between The World and Me with a friend who is the director of a member club of the Boys and Girls Clubs of America as a means to inspire children. My friend is black. I am sure now, looking back, he probably thought these kids don’t need to be reminded how amazing they are; they need YOU and your white friends to realize this.

I should have been sharing all the gorgeous books, written by so many wonderful authors of color, that I have read with the white world. Note taken. Apology given. Behavior changing. I want to establish a rich library of black culture and history in my church community.

As a teacher, I remember thinking that I was being harder on students of color to “help” them see they could do better if they just put more effort forth.

I have not initiated real mutual relationships with African-American people, relationships that grow into friendships, sharing our lives in a continuous way.