Trump’s attacks on public servants undermine the Constitution—and his own office. 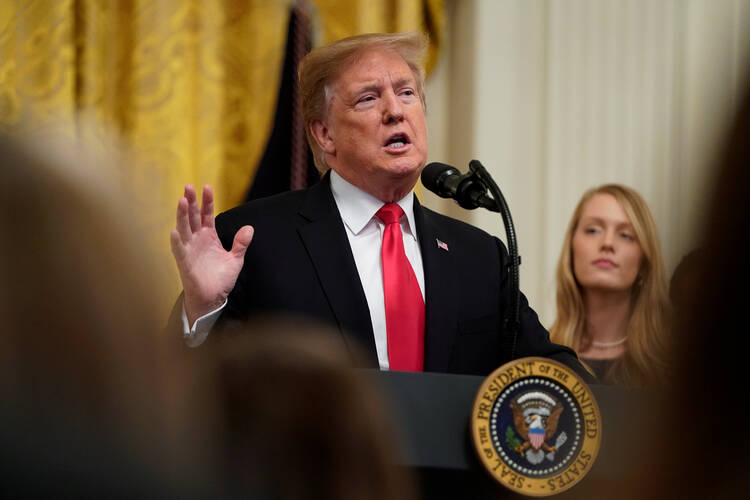 President Trump has raised the stakes in the impeachment drama by questioning the integrity and motives of civil servants who have chosen to testify at the congressional hearings.

During the testimony of Marie Yovanovitch, the former ambassador to Ukraine and a three-decade veteran of the Foreign Service, for example, Mr. Trump tweeted: “Everywhere Marie Yovanovitch went turned bad. She started off in Somalia, how did that go?” (Ms. Yovanovitch was briefly stationed as a junior officer in Somalia in the late 1980s, her first job with the Foreign Service.) Mr. Trump ended his tweet by asserting that “It is a U.S. President’s absolute right to appoint ambassadors.”

Public servants are not mere bureaucrats who only slow things down. They are a positive good.

The president’s right to choose his own political appointees has not been and should not be in question. Political appointees serve at the pleasure of the president, and all civil servants in the executive branch are ultimately accountable to the chief executive. Indeed, as the House moves toward a vote on impeachment, Mr. Trump has a right and even a duty to defend the prerogatives of his office. Yet, ironically, the public, direct and malicious way in which Mr. Trump has criticized these civil servants, even questioning their national loyalty, is the greatest threat to the principle he claims to want to uphold.

Public servants are not mere bureaucrats who only slow things down. They are a positive good. They do not comprise a “deep state” opposed to the government but in fact are doing the work of the government. Their expertise is not always highly regarded in a political system that attributes special value to outsiders, but it is vital to the functioning of our government. Unfortunately, career civil servants, who could generally demand much higher compensation in the private sector, are never more appreciated than when they are gone, replaced by those with more ideological fervor than practical knowledge.

Explainer: What is impeachment and why is it an option?
Nicholas D. Sawicki

Mr. Trump, who places a high value on personal loyalty, appears to believe that any member of the executive branch testifying in the impeachment inquiry has thereby betrayed his trust. But Mr. Trump himself has laid the groundwork for this rupture, forcing nonpartisan professionals into an impossible choice between keeping faith with what they perceive to be the self-interested use of his office or fulfilling their duty to the Constitution, the Congress and the American people.

A president deserves to employ trustworthy executive branch officials—but such trust is owed to the president as the chief executive, not to the president personally, and it relies on an even greater trust, that which the American people place in the president to faithfully discharge his constitutional duties.