Impeachment? Add it to the list of reasons bills are sidetracked in Congress

Impeachment? Add it to the list of reasons bills are sidetracked in Congress 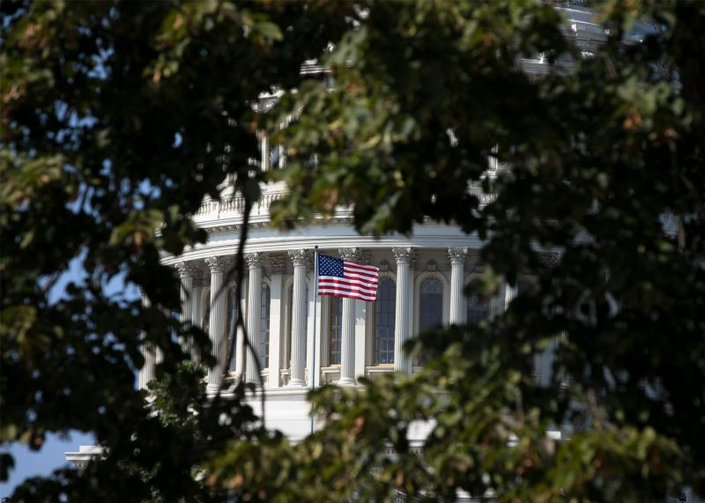 WASHINGTON (CNS) -- So an impeachment query in the House, and a potential trial in the Senate, want to get in the way of legislation being considered in Congress? Take a number.

Advocates for several Catholic organizations interviewed by Catholic News Service said the impeachment inquiry is but one of many factors making movement on bills as slow as molasses in January. What impeachment will do, some suggested, is take attention away from urgent domestic and international issues.

"Stymied" is how Susan Gunn, director of the Maryknoll Office for Global Concerns, characterized the current state of affairs. "Things have been in a bottleneck for quite some time," she said.

Maryknoll has been tracking various immigration legislation, including the GRACE Act, an acronym for Guaranteed Refugee Admissions Ceiling Enhancement. "That would establish a minimum annual refugee admission total that is higher than the 18,000" announced Sept. 26 by President Donald Trump -- the subject of the impeachment inquiry over his asking a foreign government to investigate a U.S. political rival.

"In the past, refugee resettlement was a bipartisan act, and changed people's lives for the better," Gunn said. "Now the issue of helping refugees has been politicized, and people who are truly suffering ... are being ignored."

The GRACE Act has been assigned to the House Judiciary Committee. "They've been a little busy," Gunn said dryly.

For Dan Misleh, executive director of the Catholic Climate Covenant, it's a case of a "both-and" situation.

"It's the impeachment process, but sort of the divisions that exist in Congress, especially between the parties and particularly on the climate issue," he said. "There just seems to be a fairly large gap between the Republicans and the Democrats on the issues, including the climate issue."

Misleh said, "We've been paying attention to the Shaheen bill in the Senate, calling for the United States to re-engage with international climate issues." The International Climate Accountability Act, introduced June 6 by Sen. Jeanne Shaheen, D-New Hampshire, would bar the use of federal funds to withdraw from the Paris climate accord; a House version of the bill passed earlier this year. "I think there is one Republican senator on that bill" as a co-sponsor, Misleh added.

Catholic Charities USA is following a variety of bills, according to Anthony J. Granado, vice president of government relations: disaster aid, housing tax credits, immigration and changes to IRA rules among them. "At the end of the day, nothing in Congress in moving," he said. "One, you have a divided Congress," with Democrats controlling the House and Republicans the Senate, and "two, even though it's not an election year, Congress is acting as if it were an election year."

As calls for Trump's impeachment are raised, the process remains difficult (as it should be)
Ellen K. Boegel

What’s at stake when a president is impeached?
Matt Malone, S.J.

Granado, who previously had been a domestic policy adviser for the U.S. Conference of Catholic Bishops, told CNS that not only has his employer changed, but so has the nature of his work. "In the time I've been at Catholic Charities USA, I've done more in four months on rules in general than in the nine years I was at USCCB," he said.

On Capitol Hill, Granado added, "things are already pretty sludgy." The Trump administration, he said, knows "they're not going to get a lot of legislation through, so the way to get things done is with a lot of executive orders."

"The impeachment process is going to divert a lot of attention" from rural needs, said James Ennis, executive director of Catholic Rural Life, noting that funding for projects approved in last year's farm bill are still awaiting money from budgets that should have been in place Oct. 1, the start of the federal government's fiscal year, but are tied up in negotiations while a continuing resolution keeps the government functioning.

"We've got a diverse country and diverse priorities, but it's frustrating from CRL's standpoint that there's so much infighting in Congress we can't get any work done," Ennis said, adding his advice to Congress is "Work, do some good work, and don't forget rural."

"Because of the political climate, a lot of effort is going into cramming legislation into appropriations," said Dominican Sister Quincy Howard, a government relations specialist for Network, a Catholic social justice lobby. "That's the only must-pass that is on the table -- and whether that is 'must-pass' is another question as well."

She said the impeachment inquiry was "not going to impact which was already a pretty bleak scenario. I think it will suck a lot of air out of attention for Congress to do its job related to legislation and appropriations."

Sister Howard added, "As the bottleneck has gotten more and more apparent, 80 percent of the bills we are talking about are stuck in the Senate, the graveyard. ... The House has been passing a lot of bills."

Impeachment talk, she said, "added to a dynamic that was already there. The president's nontraditional approach to governing and working with the legislature, and his unpredictability -- looking at the shutdown last January -- sort of the erratic nature of what even his colleagues and allies in the Senate can expect from him."

"That is a sort of looming dynamic that expects how legislation moves, because it's based on trust to some degree," Sister Howard added. "As we've seen his behavior get more amped-up in that direction, that element of unknown and unpredictability, is growing more and more concerning."

Sister Howard notes, “...80 percent of the bills we are talking about are stuck in the Senate, the graveyard...” Senate majority leader Mitch McConnell lead Kentucky’s life expectancy decline below communist China and communist Cuba.

So, off in the distance, do we see a graveyard of the common good? If so, what next?