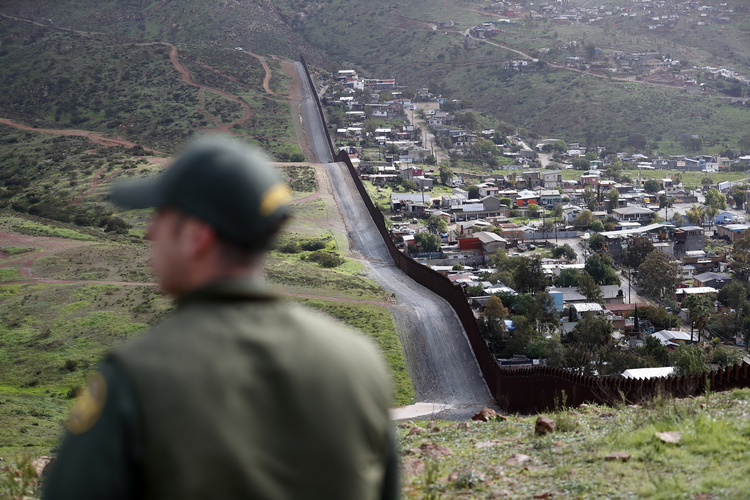 In this Feb. 5, 2019, file photo, Border Patrol agent Vincent Pirro looks on near a border wall that separates the cities of Tijuana, Mexico, and San Diego, in San Diego. (AP Photo/Gregory Bull, File)

Since he began his campaign for national office in 2015, President Trump has repeatedly referred to a “crisis” at the U.S.-Mexico border, but the numbers have been less consistent. Apprehensions by the Border Patrol of people trying to cross the border illegally rose early this spring, peaking at 132,880 in May. But the number then fell sharply in June, according to data from U.S. Customs and Border Protection, to 94,897. That number included 7,378 unaccompanied children, down from a 2019 high so far of 11,489 in May.

The number of pending cases at U.S. immigration courts seems to have risen steadily regardless of what is happening at the border. The website Trac Immigration, which compiles data on immigration enforcement, estimates that the backlog of pending cases has shot up over the past decade, going from 262,799 in 2010 to 908,552 this year. 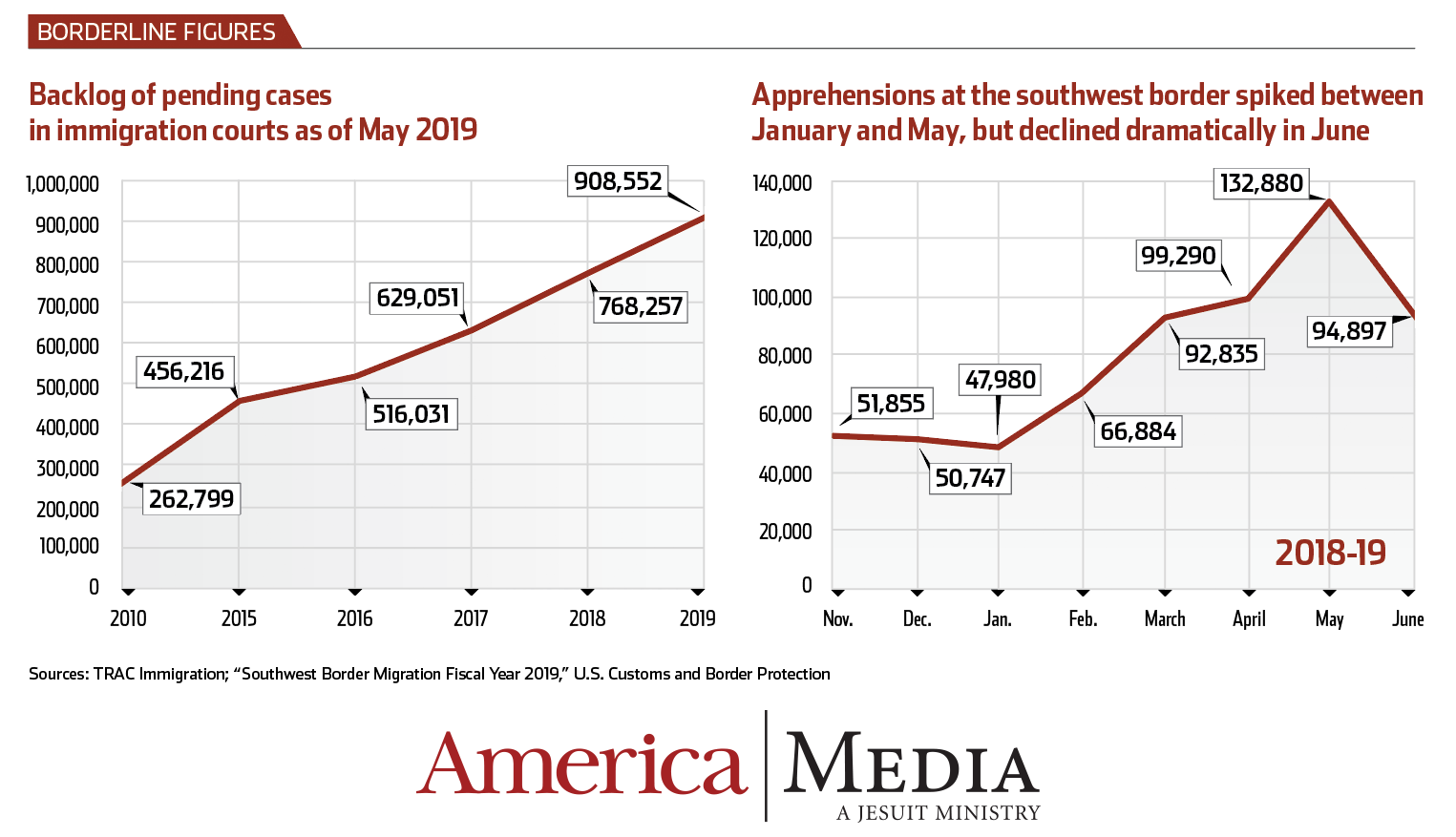 Crossings or apprehensions should show previous years. A better graphic/chart

This article also appeared in print, under the headline “Infographic: Border crossings and the immigration court backlog,” in the August 5, 2019, issue.