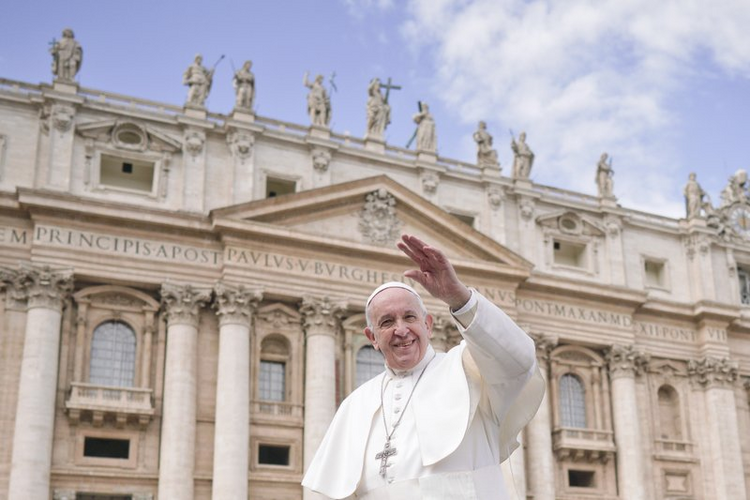 Pope Francis leaves at the end of his weekly general audience, in St. Peter's Square, at the Vatican, Wednesday, March 27, 2019. (AP Photo/Andrew Medichini)

VATICAN CITY (AP) — Pope Francis has set the record straight about why he pulled his hand away when throngs of people lined up this week to kiss his ring: for fear of spreading germs.

Vatican spokesman Alessandro Gisotti said Thursday that Francis was concerned about hygiene when, after greeting dozens of well-wishers in a lengthy receiving line Monday in Loreto, he began pulling his hand away to discourage people from kissing his ring.

Video of the incident went viral, with conservative critics blasting what they said was Francis' "graceless" disrespect for the tradition and the faithful who wanted to honor it.

Gisotti said Thursday he had just spoken to the pope about it, and Francis replied that it was nothing of the sort.

"The Holy Father told me that the motivation was very simple: hygiene," Gisotti told reporters. "He wants to avoid the risk of contagion for the people, not for him."

The tradition of kissing the ring of a bishop or pope goes back centuries, as a sign of respect and obedience.

Gisotti noted that Francis is more than happy to receive the ring-kiss in small groups, where the spread of germs is more contained, as he did Wednesday when a handful of people were lined up at the end of his general audience to greet him.

Several bent down to kiss his ring, and Francis patiently allowed it.

"You all know that he has a great joy in meeting and embracing people, and being embraced by them," Gisotti said.

Francis is known for gleefully embracing babies given to him to kiss and — germs be damned — sipping from mate gourds offered to him by strangers when he's out and about on his popemobile.