In the Philippines, a Duterte critic is charged with ‘cyber libel’

In the Philippines, a Duterte critic is charged with ‘cyber libel’ 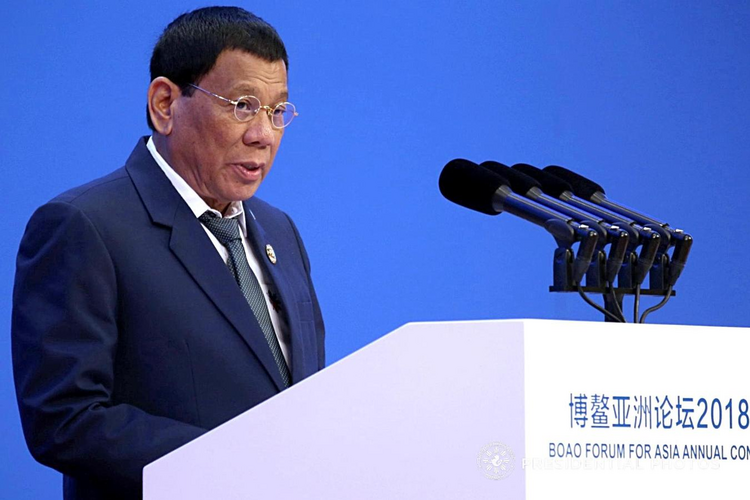 President Rodrigo Roa Duterte, in his speech during the opening ceremony of Boao Forum for Asia (BFA) Annual Conference 2018 at the BFA International Convention Center in Boao, People’s Republic of China on April 10, 2018

The arrest of the Philippine journalist Maria Ressa on Feb. 13 appears part of both a sustained campaign against her media organization specifically and also an overall climate of press suppression under the Duterte administration. That is the consensus of media professionals locally and overseas, with condemnations for the arrest pouring in from bodies like the National Union of Journalists in the Philippines, the Photojournalists’ Center of the Philippines and the Committee to Protect Journalists.

The aggressive journalism sponsored by Rappler appears to be drawing attention from the government through its enforcement agencies, according to Anna Marie Karaos, associate director of the John J. Carroll Institute on Church and Social Issues, based in Manila. “Rappler has been one of the most vigilant media outfits in the country,” she said. “The arrest represents an affront on press freedom and is obviously designed to curtail Rappler’s ability to counter the falsehoods that are clearly coming out of this administration.”

Over the last 12 months one of Rappler’s reporters was banned from Malacañang Palace (the seat of executive power in Manila); the Philippines’ Securities and Exchange Commission sought to revoke its license to operate; and the Duterte administration’s Department of Justice has filed five tax-related cases against it.

Ms. Ressa’s arrest is based on legislation passed by the Philippines’ Congress against “cybercrime” that lumps libel as a criminal offense alongside child pornography, identity theft and fraud. Controversial even at the time, the law came into force in September 2012, four months after the offending article that inspired it was published (and predating the 2016 elections that made Mr. Duterte president).

That article referred to an intelligence document from 2002 that connected prominent businessman Wilfredo Keng to smuggling activity. Mr. Keng filed a complaint with the National Bureau of Investigation five years after the article was published, claiming that a 2014 update brought it under the purview of the new libel law.

The N.B.I. dismissed the case in February 2018 but reversed that decision in little more than a week, based on a “theory of continuous publication” that has no legal precedent in the Philippines. The cybercrime law itself points to the Revised Penal Code in how libel is to be understood, including a one-year statute of limitations.

The Department of Justice filed a decision last January to pursue “cyber libel” charges, and Ms. Ressa was arrested at her office on Feb. 13, spending the night in detention before she was able to post bail. “This is the sixth time that I have posted bail,” Ressa said, referring to previous detentions for tax evasion.

“Many of the more informed Filipinos read the arrest of Maria Ressa as plain intimidation of critical media.”

As in the United States, many in the Philippines mistrust news organizations. Some of this is due to the president’s frequent verbal attacks on national media, though online disinformation trolls contribute to the distrust along with past ethics scandals involving individual broadcasters and journalists. But these latest charges against Ms. Ressa test a law that does not account for critical reporting in a democratic setting, nor the way online publications interact with journalism. It is not entirely clear whether Mr. Keng is contesting points of fact in the Rappler article, claiming malicious intent or both.

The allegations about him in fact first appeared in The Philippine Star in 2002, in a news report that Rappler subsequently cited. This original report was available online until Feb. 16, but it was taken down days after Ms. Ressa’s arrest—a move that Star editors justified as a “prudent course of action” after legal threats against them were made. The original reporting piece that set the cyberlibel arrest in motion is now 17 years old.

The effects on a free and independent press are clear, according to Ms. Karaos. “Many of the more informed Filipinos read the arrest of Maria Ressa as plain intimidation of critical media.”

She describes the cyberlibel case as “the same type of weaponization of the law” that led to the removal of Chief Justice Maria Lourdes Sereno from the Supreme Court last year for failing to disclose financial assets (despite a Judicial Bar and Council report noting that she had completed documentary requirements for candidacy).  Ms. Sereno remains a vocal critic of the Duterte government.

The case against Rappler plays out against the backdrop of a presidential impulse to subdue dissent and evade accountability. Ms. Ressa and Ms. Sereno are among a growing number of women who have faced the consequences of criticizing the loss of due process under Mr. Duterte.

Last November, the Australian woman religious and human rights advocate Patricia Fox was deported from the Philippines after the president accused her of political interference. The following month, a United Nations Working Group found that the investigation and prolonged detention of former opposition Senator Leila de Lima were direct reprisals for Ms. de Lima’s critique against the government.

One critical institution that has been harder to intimidate has been the Catholic Church. The bishops do not necessarily hold the same powerful position in the political culture that they did during the Marcos regime, when Cardinal Jaime Sin was able to bring thousands of Filipinos to the streets in what became the 1986 “People Power” revolution. But the church remains enough of a threat that Duterte supporters circulated an online petition in 2016 against the then-president of the Philippine Catholic Bishops Conference, Archbishop Socrates Villegas. It gained more than 10,000 signatures. The language of the commentary there was unmistakably partisan. “I personally think that the president has been vigorously attacking the church and trying to erode the church's credibility because he is threatened by the ‘soft power’ of the church,” says Ms. Karaos.

There has been no official statement from the bishops’ conference on Ms. Ressa’s arrest or its implications. Its most recent public statement, “Seek the Common Good,” predates the controversy over the arrest and is entirely concerned with the upcoming midterm elections in May: “In our country today the checks and balances in the government are being undermined. So far the Senate is the institution in the government that is holding out as our country is inching towards total control.”

The bishops encourage the faithful to “engage in principled partisan politics.”

“The bishops are trying to be bolder in their public statements,” said Ms. Karaos. “On a number of important public issues, such as the many cases of  killings of alleged drug users at the hands of police personnel, the proposed reimposition of the death penalty, and the lowering of the minimum age of criminal responsibility from 15 to either 12 or 9 years old, the church’s position has clearly been at odds with that of the government. I think the Catholic Church will continue to speak out, perhaps not as loudly or as solidly as many progressive Catholics would like, but it is speaking out.”

Resistance to the president is not insignificant given the universities’ historical record of mobilizing students for protest and the generations-deep networks of alumni across the country and around the world.

The more vocal progressive Catholic stance has been taken by De La Salle and Ateneo de Manila universities, which were founded by Lasallians and Jesuits respectively. Their resistance to the president is not insignificant given the universities’ historical record of mobilizing students for protest and the generations-deep networks of alumni across the country and around the world.

In a lengthier memo that called Ms. Ressa “brave,” Ateneo President Jose Villarin, S.J., said: “In an atmosphere of fear and silence, we are obliged to speak when we see things which are not right, even if doing so can bring individuals and institutions to peril. Speaking truth can be daunting, but the greater imperative is to stand our ground against those who sow fear when the truth is spoken.”

You might have to do a little bit of leg work to give an accurate commentary about the Maria Resa case. Rappler has been very good at doing their job propagating falsehood and malicious propaganda and malicious bias in their reporting. As you may know freedom of the press is not absolute. Rappler has been known to publish unconfirmed reports and when corrected does not issue erratum.

One is a case of Maria Ressa posting that the responsible for the Resort World in 2017 was ISIS. It turned out to be a guy with a bad gambling problem. Another is about the number of people killed during the drug war. The Philippine National police issued the figures but Rappler ignored it an insisted there were 20,000 killed in extra jucicial killing.

Well she still enjoys freedom of the press contrary to what she claimed, throwing vitriol to the government and it's supporters. As someone in the forefront of the fight for freedom of speech it is so ironic to have somone as Maria Ressa actively responsible for the suspension and deactivation of Facebook accounts of people criticizing her.

So if you dip your finger to the politics in the Philippines, roll up your sleeves and be sure to get dirty.

This article also appeared in print, under the headline “In the Philippines, a Duterte critic is charged with ‘cyber libel’,” in the March 18, 2019, issue. 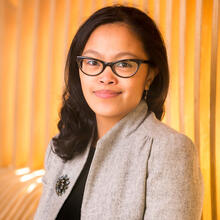