Are you in favor of legalizing marijuana? 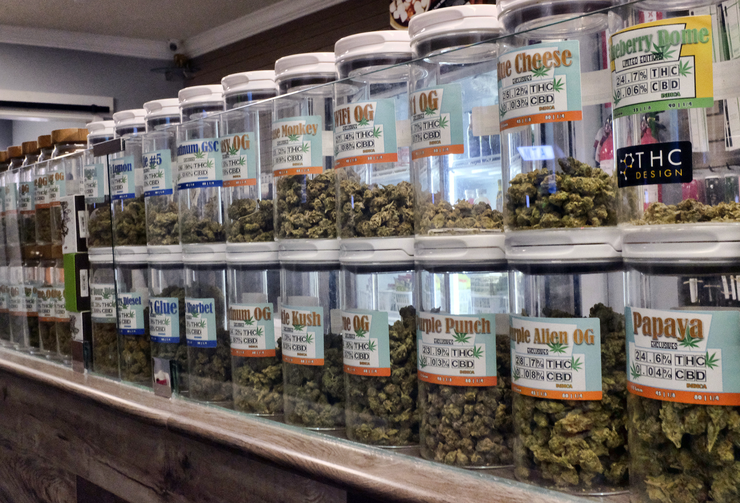 Jars of medical marijuana on display on at the Western Caregivers Medical dispensary in Los Angeles. (AP Photo/Richard Vogel, File)

In response to this question, 89 percent of respondents said they were in favor of the legalization of marijuana, either for medicinal purposes only (17 percent) or for both medicinal and recreational use (72 percent).

Some respondents said that the medical benefits of marijuana need to be acknowledged and noted that legalization would help people with chronic pain and illnesses. Mike Griffin of East Marion, N.Y., for example, wrote: “For some patients fighting chemotherapy or individuals suffering from frequent seizures, marijuana may be the only thing that provides relief or the most effective relief.” He added: “I am concerned with all the other drugs available to youth, including vaping and opiates.”

The most popular reason that people in favor of legalization gave was that it would prevent the criminal justice system from being overburdened by low-level offenders. Sally Monahan of Mahwah, N.J., was one of the 67 percent of respondents who gave this answer. “I believe this is a racial and social justice issue,” wrote Ms. Monahan. “I don’t see marijuana [as] any more difficult to regulate than alcohol.”

Roseanne Saah of Silver Spring, Md., concurred. “The ‘war on drugs’ has never been about helping people and keeping communities safe,” said Ms. Saah. “Republican and Democratic legislators and jurists have used low-level drug crimes to keep a system in place that punishes black and brown people as well as poor people, while enriching private prison contractors and disseminating tough-on-crime propaganda.”

Nah, weed is getting more potent and being used with greater frequency. People aren't taking it seriously enough, in my opinion. Take a look at this article, for example https://www.psychologytoday.com/au/blog/the-new-brain/201603/marijuana-use-increases-violent-behavior
I respect why people might think weed should be legalised. But if anything should we not crack down on marijuana use? The West is already plagued with people who's every whim is satisfied. The Western world is also plagued with many violent ideologies, especially among young people. Lots of young people are socialists, for example. Socialism can lead to violence of historical proportions, as we've seen so spectacularly in the 20th century and even right now in Venezuela. Moreover, young people are always being exposed to violence in the medias and thus being desensitised to it. Here and there you might see young people grab their phones to film violence rather than attempt to help the victim. Combine a lack of discipline with a potentially collapsing economy, and combine a desensitization towards violence with a view of justice that leads to violence (socialism) then you already have a bad situation. Do you really want to exacerbate that with a drug that makes people more violent over the long term? Not to mention the other harmful aspects of marijuana such as its link with emotional disorders, schizophrenia, etc.
I am a man who believes that devils exist. I believe they are very intelligent beings who strive to have as much sadistic "pleasure" as possible. Of course such beings will try to get us, as a society, to accept immoral things that lead to our downfall. Words like freedom can be dangerous in cases like this... Liberty is to be treasured because adults can discern (or strive to discern) for themselves how they can best live their lives for God. It's lovely that people should be allowed to pursue justice, love, peace and humanity and all other good things in God in their own way, as they see best. People have duties towards family, society, etc.
But teenagers smoking pot can go play cricket instead...