The Editors: Bipartisan criminal justice reform is within reach 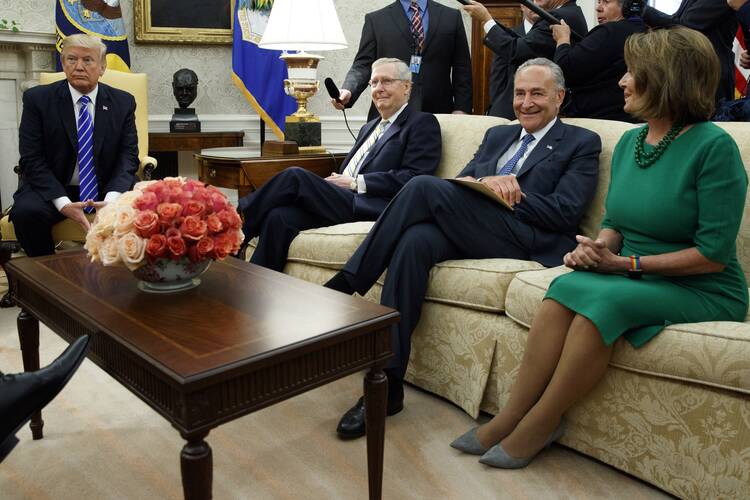 November was a good month for advocates of criminal justice reform. In Florida, voters approved a ballot initiative on Nov. 6 to restore the right to vote to people with past felony convictions. The amendment to the state constitution, if properly implemented, will automatically enfranchise 1.4 million citizens, about 10 percent of Florida’s adult population.  African-Americans, who are disproportionately incarcerated, will stand to benefit the most.

On Nov. 4, President Trump announced his support for a prison reform bill that has been working its way through Congress. The First Step Act would reduce some mandatory minimum sentences and give judges more discretion in sentencing decisions; increase support for vocational and education programs in prison; and retroactively apply the Fair Sentencing Act of 2010, which reduced the disparity between the punishment for crack and powder cocaine offenses, among other reforms.

Both the ballot initiative and the First Step Act stand out for garnering bipartisan support.

Both the ballot initiative and the First Step Act stand out for garnering bipartisan support. In Florida, Amendment Four, which was endorsed by both the American Civil Liberties Union and the Koch brothers-affiliated Freedom Partners passed with 64 percent of the vote in an electorate that was otherwise split down the middle between Democratic and Republican candidates.

Likewise, federal lawmakers in both parties have worked for years to build support for prison reform. The result is a compromise bill that does not go far enough but, coming on the heels of the bipartisan package to address the opioid crisis signed into law in October, could build momentum for more sweeping reforms in January.

Critics of the First Step Act are correct that the bill will do little to reverse decades of mass incarceration. First, it applies only to federal prisons, which hold about 10 percent of the people imprisoned in the United States. And even at the federal level, the bill strengthens rehabilitation efforts for those in prison while doing little to keep people out of the system to begin with. Significantly reducing the total prison population—1.5 million people in federal and state facilities combined—will require reversing political incentives that give prosecutors and judges every reason to lock up more people for longer sentences. It will also demand that the government invest in front-end programs that divert people away from the prison pipeline.

The United States spends $81 billion to lock people up each year, and the human costs of incarceration to inmates, their families and entire communities are incalculably greater.

Reform efforts at the state level—including reducing or abolishing bail, reducing certain mandatory sentences and expanding the use of drug courts and treatment programs—have already demonstrated that a less punitive criminal justice approach does not necessarily lead to higher crime rates.

Another promising though resource-intensive approach known as “holistic defense” seeks to address the life circumstances—poverty, drug addiction, mental illness—that often lead people to engage in criminal behavior by providing poor clients with lawyers, social workers and other specialists. A new study by the RAND Corporation and the University of Pennsylvania Law School found that defendants who received such wraparound services were 16 percent less likely to go to jail or prison (25 percent less for drug cases) and that those who were locked up faced 24 percent shorter sentences (63 percent shorter for drug cases).

The United States spends $81 billion to lock people up each year, and the human costs of incarceration to inmates, their families and entire communities are incalculably greater. With the First Step Act, Congress can begin to invest in smart reforms and in people instead. It is not enough, but it is a promising start.